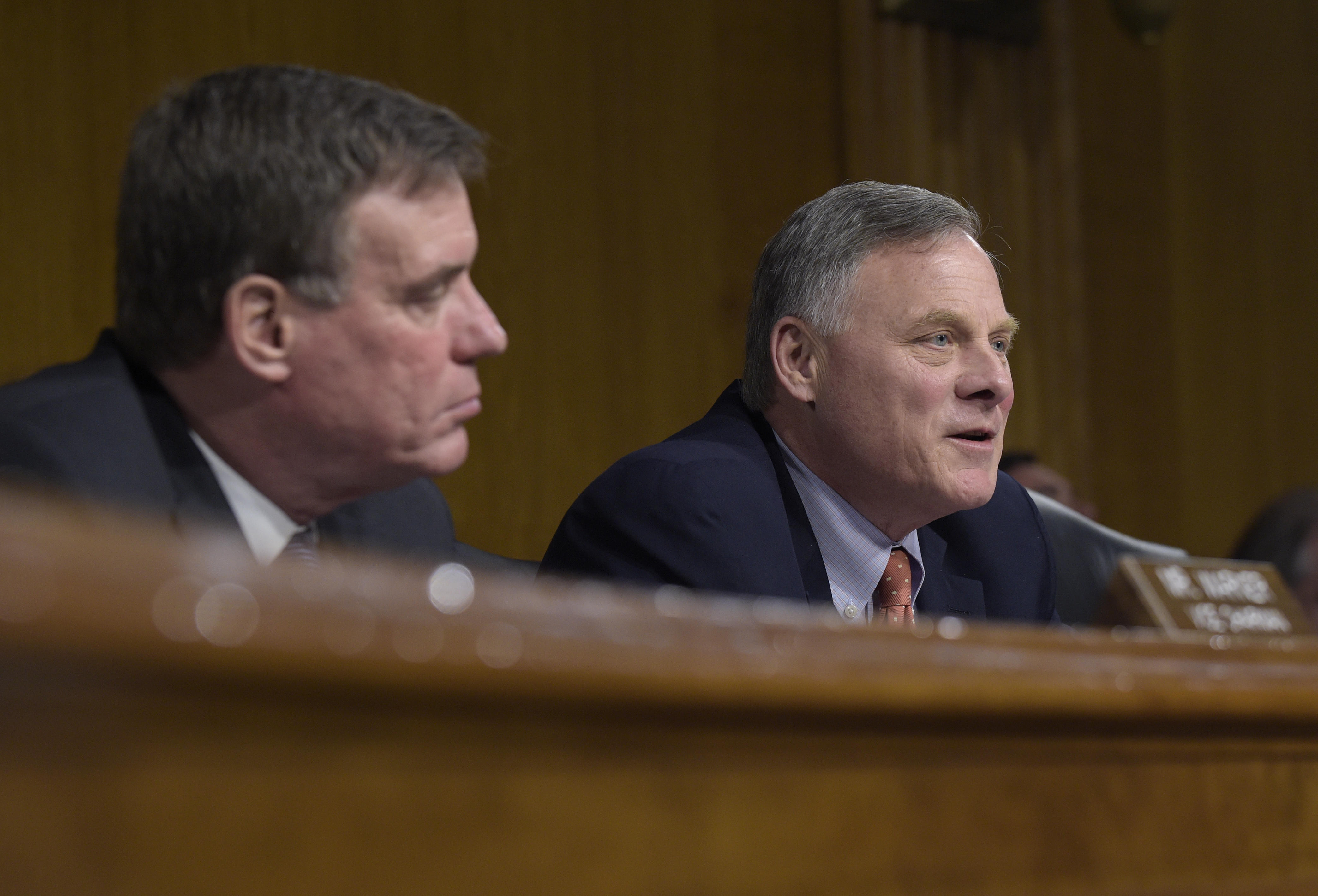 The Senate Intelligence Committee on Wednesday formally invited fired FBI Director James Comey to testify, and asked FBI Acting Director Andrew McCabe for any memos or other notes the FBI possesses from Comey about his communications with administration officials.

The committee made the requests Wednesday in two separate letters, one to Comey and one to McCabe. In one letter, the committee asked Comey to testify in both open and closed sessions. Comey has previously said he would only testify in an open session. In the other letter, the committee asked McCabe for "any notes or memorandum" Comey prepared about any communications he had with senior White House or Department of Justice officials about Russia-related investigations. The request came the day after a report that President Donald Trump asked Comey to drop an investigation into former national security adviser Michael Flynn's ties to Russia and Turkey, per a memo Comey wrote after his February meeting with the president.

Speaking with reporters on Capitol Hill, the committee's ranking member, Democratic Sen. Mark Warner, said he is pretty confident Comey will testify and hopes the "majority" of what the ousted FBI director says will be in an open-hearing setting. But some testimony will necessarily be behind closed doors, because "unlike the White House, we treat classified information with the appropriate respect and follow the rules," Warner said.

Warner, of course, was alluding to the report that Mr. Trump divulged sensitive, and possibly highly classified, information to Russian diplomats last week, the day after firing Comey. Warner said his he couldn't think of a "single Republican colleague" he has spoken with who, at least in private, hasn't expressed genuine concern over the reported Comey memo.

"I think personally, I think we will hear more from my Republican colleagues," Warner said.

Republican Senate Intelligence Committee Chairman Richard Burr on Tuesday said the burden on proof is on the New York Times, which first reported the Comey memo, to publish it.

But pressure is mounting for Republicans to join the growing chorus of criticism and concern over the last week's developments. House Committee on Oversight and Government Reform Chairman Rep. Jason Chaffetz on Tuesday also asked for any documents written by Comey describing his communications with Mr. Trump.

Republican Rep. Justin Amash on Wednesday said that if the claims about Mr. Trump's request to end the Flynn investigation are true, they may be grounds for impeachment.