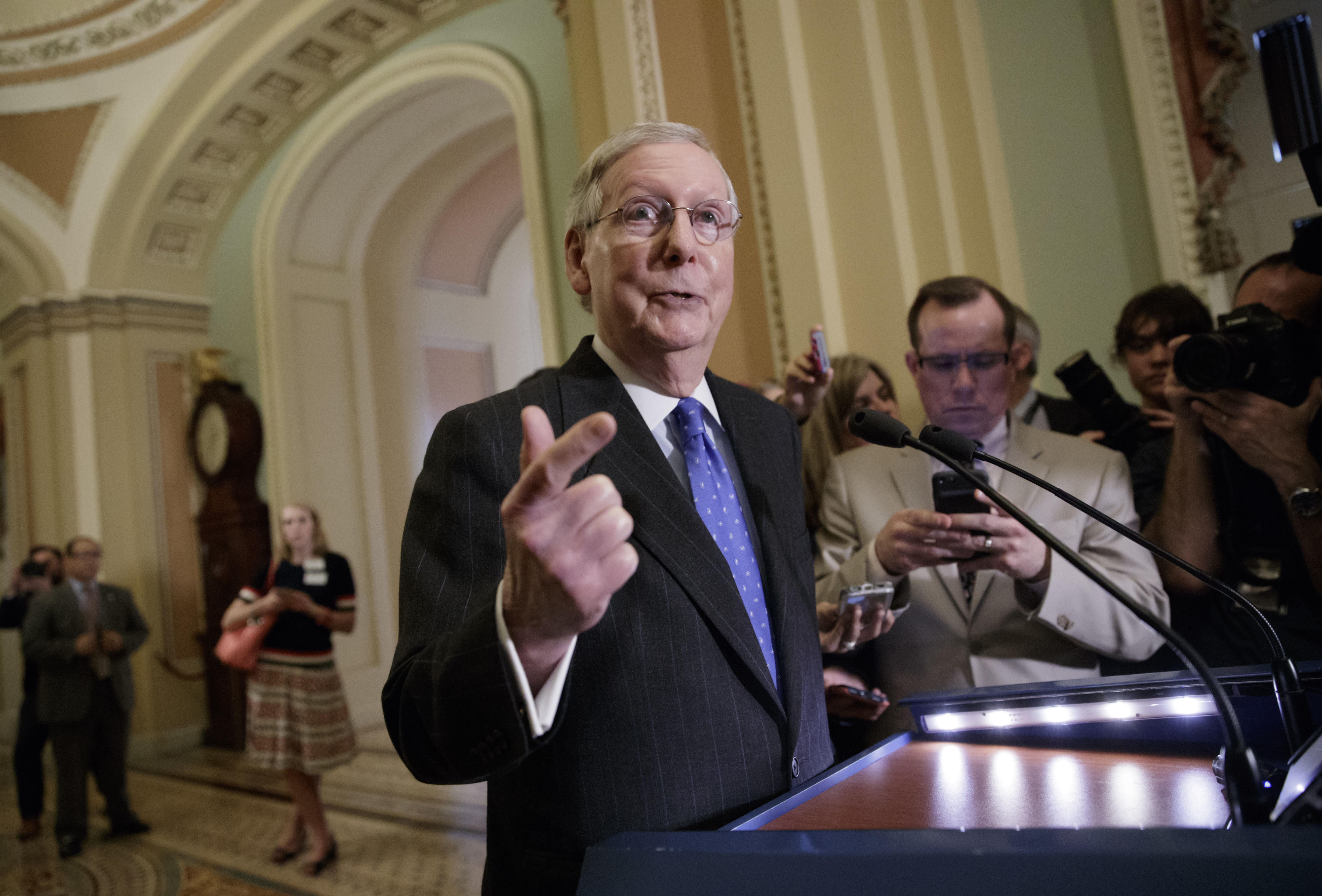 The Senate voted Wednesday along party lines to open debate on the GOP tax plan, paving the way for a possible final vote by the end of the week.

Lawmakers voted 52-48 to open debate on the measure, which required 51 "yes" votes.

A day earlier, Senate Majority Leader Mitch McConnell suggested that he was struggling to get all 52 Republicans in the upper chamber on board with their tax plan.

"It's a challenging exercise," the Kentucky Republican said about trying to appeal to members of his conference after they met behind closed doors with President Trump on Capitol Hill.  "Think of sitting there with a Rubik's cube, trying to get to 50 (votes)."

Mr. Trump met with Senate Republicans for about an hour Tuesday afternoon.

The nonpartisan Congressional Budget Office (CBO) has projected that the GOP tax plan would increase the federal deficit by more than $1.4 trillion over the next decade and that it would increase taxes on low-to-middle-income people and benefit the wealthy.