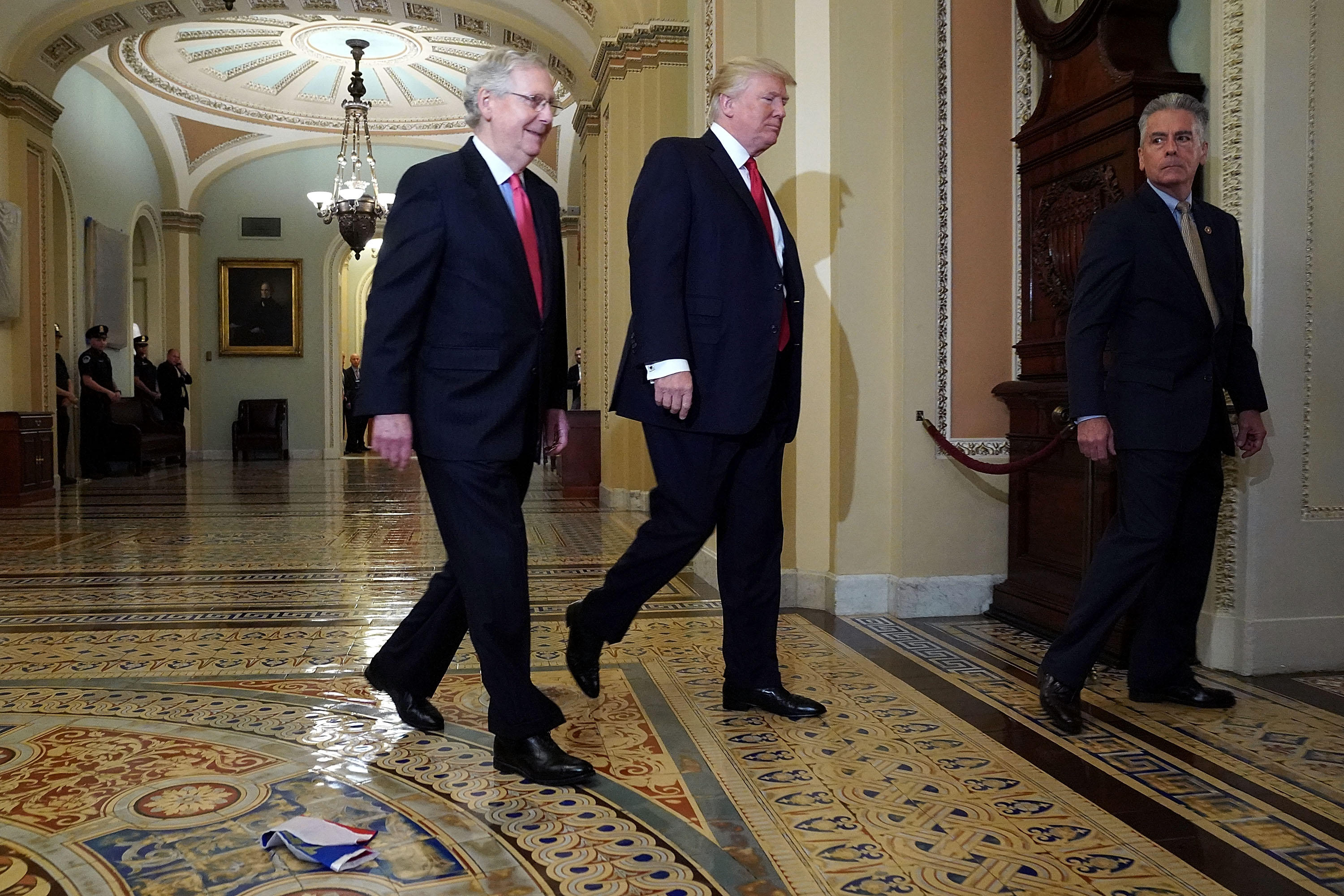 Senate Majority Leader Mitch McConnell suggested Tuesday that he's struggling to get all 52 Republicans in the upper chamber on board with their tax plan.

"It's a challenging exercise," the Kentucky Republican said about trying to appeal to members of his conference after they met behind closed doors with President Trump on Capitol Hill.  "Think of sitting there with a Rubik's cube, trying to get to 50 (votes)."

McConnell admitted that there are GOP senators with "concerns" over the tax measure.

"We're hoping to satisfy them all," he said.

Senate Majority Whip John Cornyn, R-Texas, said that a "yes" vote on the tax bill is voting yes for a "growing economy, more jobs, higher wages and more take-home pay." He said that a "no" vote represents voting for "stagnant wages, fewer jobs, flat wages and accepting the ideal that American jobs will continue to go overseas because of our self-destructive business tax code."

Sen. Orrin Hatch, R-Utah, chairman of the Senate Finance Committee, said he wishes "we could get rid of the partisan politics" and get "more bipartisan support" on the tax bill.

Mr. Trump met with Senate Republicans for about an hour Tuesday afternoon. McConnell and Speaker Paul Ryan, R-Wisconsin, are scheduled to meet with the president at the White House around 3 p.m. ET. Democratic leaders Sen. Chuck Schumer, D-New York, and Rep. Nancy Pelosi, D-California, abruptly decided to pull out of the meeting that was originally supposed to include them.

The Senate Budget Committee voted 12-11 along party lines Tuesday afternoon to advance the tax plan, ahead of a floor vote this week.

The Senate is expected to vote this week on the measure, and the differences in its bill would then have to be reconciled with the House-passed GOP tax plan.

The nonpartisan Congressional Budget Office (CBO) has projected that the GOP tax plan would increase the federal deficit by more than $1.4 trillion over the next decade and that it would increase taxes on low-to-middle-income people and benefit the wealthy.