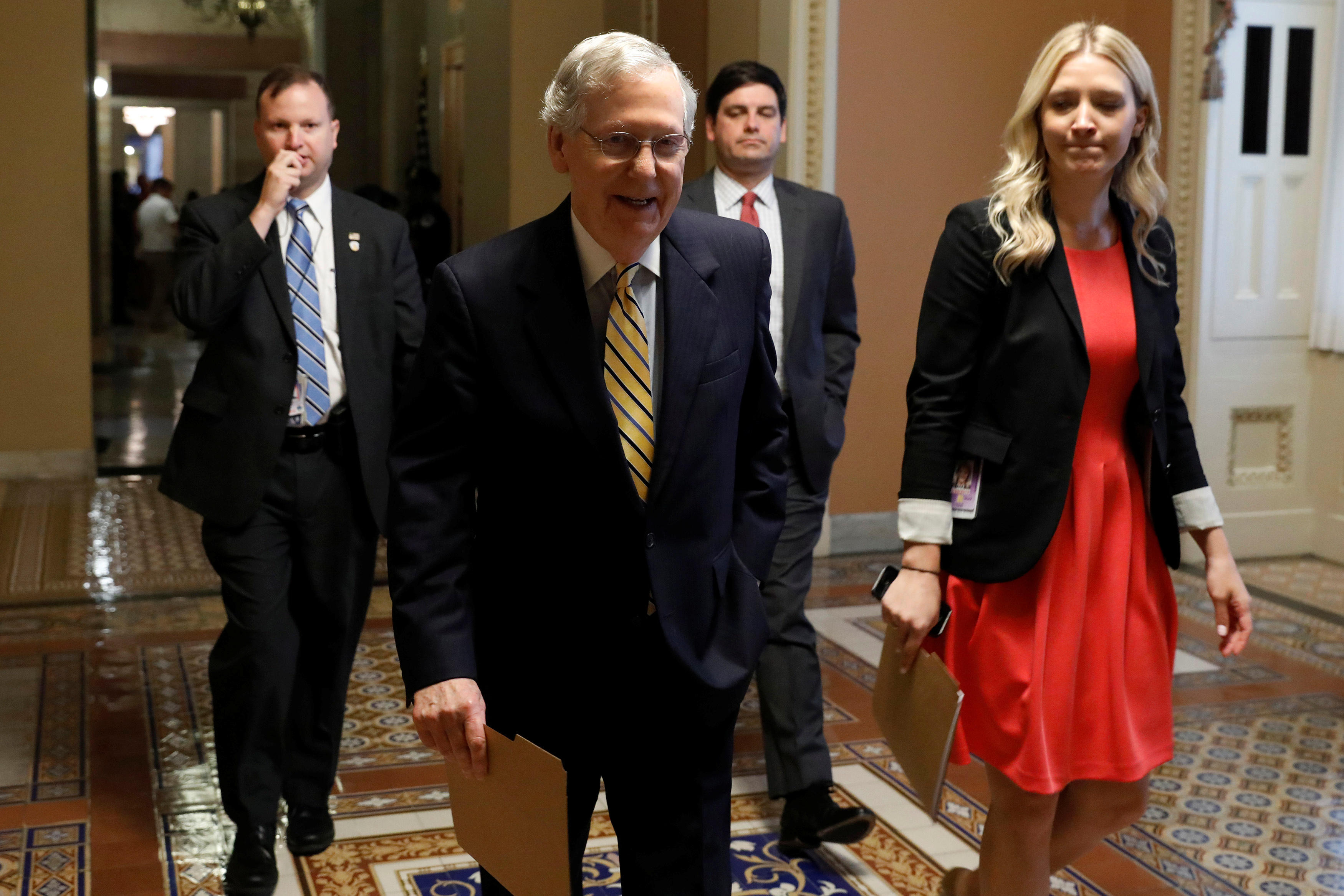 The Senate Republican tax plan would increase the federal deficit by more than $1.4 trillion over the next decade, according to the latest estimate by the Congressional Budget Office (CBO).

The nonpartisan budget scorekeeper projected the plan would reduce revenues by about $1.6 trillion and decrease spending by $219 billion over the same time period.

According to the CBO, the largest impact on expenditures would come from the elimination of the penalties associated with the individual mandate under the Affordable Care Act, which requires Americans to purchase health insurance. Federal deficits would be reduced by $318 billion between 2018 and 2027, and the number of people with health insurance would decrease by 4 million in 2019 and 13 million in 2027, the CBO projects. As a result of the fact that healthier people would be less likely to buy health insurance in the nongroup market, Americans purchasing insurance in this market would see an average premium increase that's 10 percent higher per year over most of the decade than the baseline projection by CBO.

The Senate is expected to vote this week on the measure, whose differences would then have to be reconciled with the House-passed GOP tax plan.