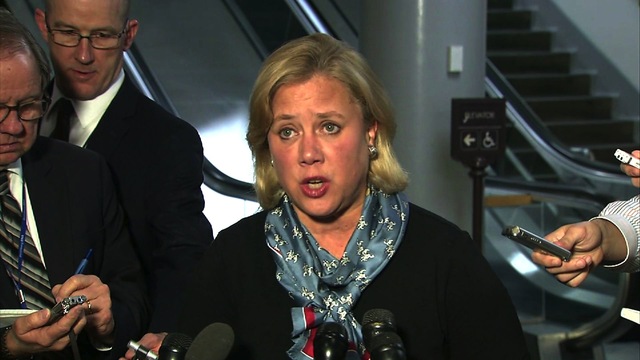 Senate Democrats plan to hold a vote Tuesday on a bill to approve the controversial Keystone XL pipeline, a move that could help Sen. Mary Landrieu, D-Louisiana, who is headed for a Dec. 6 runoff to keep her seat.

Landrieu, the chairman of the Senate Energy Committee and a co-sponsor of the bill, appeared on the floor of the Senate and in a press conference for reporters Wednesday to urge the Democratic leadership to take up the bill during the lame-duck session that will take place until the next Congress is sworn in in January.

"We believe the bill that we drafted could gain support in the House of Representatives and could potentially receive the signature of the president of the United States which is important and necessary for this bill to become law," Landrieu told reporters Wednesday. She has said her influence on energy policy is one of the key reasons she deserves re-election over her Republican challenger, Louisiana Rep. Bill Cassidy, and a chief difference she has with President Obama.

The Republican-led House, which has already voted to approve construction of the long-delayed pipeline, doesn't want to give Landrieu the credit if it passes. The body plans to hold a vote on its own version of a Keystone bill Thursday, which will be named the "Cassidy Keystone Solution" after Landrieu's opponent.

Senate Minority Leader Mitch McConnell, R-Kentucky, meanwhile, said the Democrats' sudden desire to vote on the bill was a direct result of the GOP takeover of the Senate during the 2014 midterm elections.

"The American people have elected a new Republican majority in the Senate and that has already made a difference," McConnell said in a statement. "I was glad to see that Senate Democrats have finally backed off trying to obstruct construction of the Keystone XL Pipeline, the single largest shovel-ready project in America. I hope this post-election conversion on Keystone signals Democrat cooperation on a whole host of other energy bills they have blocked, and whose passage would help to make America more energy-independent."

Mr. Obama has been noncommittal about the pipeline, which has been delayed in a review process for years.