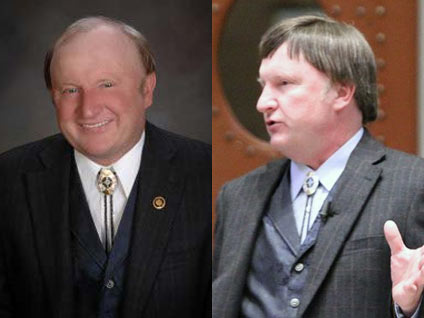 A Republican Senate candidate in Missouri wants to bring more transparency into politics -- starting with his own personal style.

"In the interest of transparency, I've removed my hair to assure voters that nothing will be swept under the rug on my watch," Purgason joked in a statement highlighting his support for more online transparency in Congress. He added he would be willing to auction off his old hair "if there are any offers."

Purgason took some ribbing for his mop-headed look two weeks ago from a St. Louis Dispatch columnist, who suggested his appearance wasn't helping his long-shot campaign for the GOP Senate nomination. Rep. Roy Blunt is expected to win the party nomination to replace retiring GOP Sen. Kit Bond.

Purgason told Fox News that the amount of his attention he is getting for his hair is a "little frustrating," but "any media is good media."