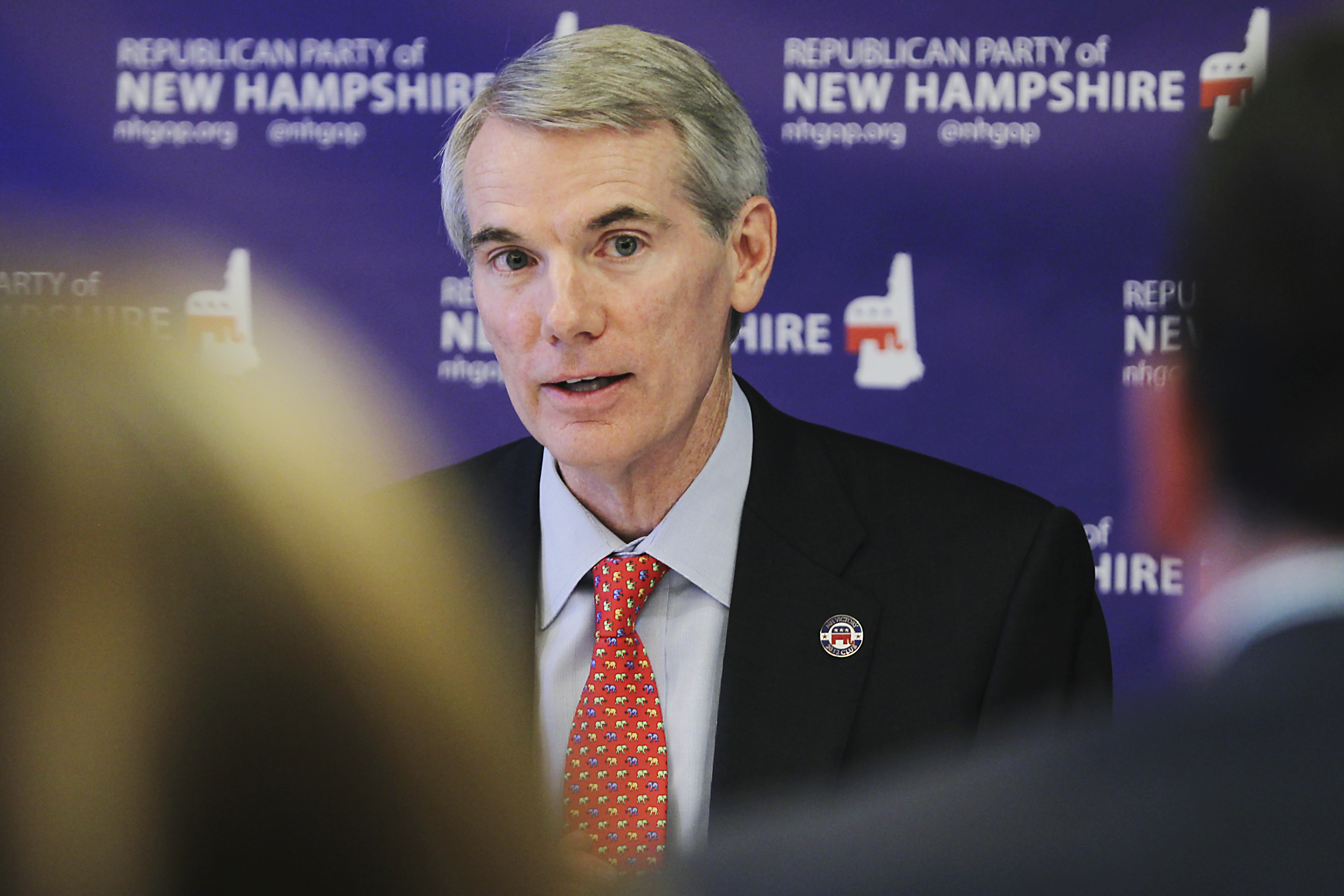 Portman, who was at one point considered a top contender to be Mitt Romney's running mate in the 2012 presidential election, announced his reversal in an interview last night with CNN's Dana Bash. He also wrote about the decision in an op-ed this morning for the Columbia Dispatch.

"I have come to believe that if two people are prepared to make a lifetime commitment to love and care for each other in good times and in bad, the government shouldn't deny them the opportunity to get married," he said.

Portman said his evolution on the subject began in 2011 when his son, Will, then a freshman at Yale University, told his parents he was gay.

"My son came to Jane, my wife, and I, told us that he was gay, and that it was not a choice, and that it's just part of who he is, and that's who he'd been that way for as long as he could remember," Portman told CNN.

At that point, he began to view the issue "from a new perspective, and that's of a dad who loves his son a lot and wants him to have the same opportunities that his brother and sister would have -- to have a relationship like Jane and I have had for over 26 years," he said, according to the Dispatch.

"If anything, I'm even more proud of the way he has handled the whole situation," he said. "He's an amazing young man."

The Supreme Court is slated to hear arguments on a challenge to DOMA, which defines marriage as between a man and a woman and bars federal recognition of same-sex marriage, next week.

"Well-intentioned people can disagree on the question of marriage for gay couples, and maintaining religious freedom is as important as pursuing civil marriage rights. For example, I believe that no law should force religious institutions to perform weddings or recognize marriages they don't approve of," Portman wrote in the Dispatch. "One way to look at it is that gay couples' desire to marry doesn't amount to a threat but rather a tribute to marriage, and a potential source of renewed strength for the institution."