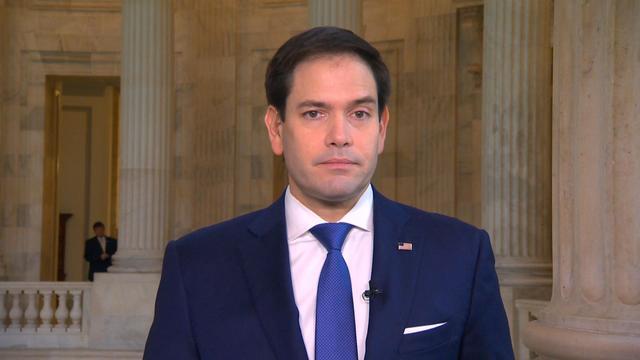 Sen. Marco Rubio says that going on leave from work to care for a family member should not be "bankruptcy-inducing event," as many workers across the country are forced to choose between taking a paycheck or spending time with their newborn children.

Rubio, along with Rep. Ann Wagner, R-Missouri, plan to introduce the Economic Security for New Parents Act in the Senate on Thursday to help parents get two months of paid leave, offset by funds from their future Social Security benefits. It would be the first new leave option for families since the Family and Medical Leave Act (FMLA) of 1993. That law ensures 12 weeks of unpaid leave for those seeking to care for a family member.

Under Rubio's bill, employees would then delay taking their Social Security benefit for three to six months when they reach retirement age.

"There's nothing we can do for our children that's better than allowing their parents to spend more time and be more involved in their lives, especially from their early days," Rubio told "CBS This Morning" on Thursday.

He added, "I think it's wrong and we've all seen this -- people that work somewhere, and they have a child and after more than two weeks of a caesarean section or three weeks of giving birth, they have to hurry back to work because they can't afford to miss one paycheck." He said it was "startling" to hear how many first-time parents are forced to go on public assistance out of our fear they'd lose their jobs.

Rubio told CBS that while he'd prefer funding for the leave to come from the private sector instead of through Social Security, "only 1 out of 10" employees have the ability to get their employers to cover paid leave.

"If somebody has a better idea were open to it, if they have a better idea that doesn't raise taxes we're all open for it, but I can tell you this is a real problem," Rubio said. "If we are serious about helping our children, it begins from the day they are born."

"What we're doing is giving people an option," he added. "No one is required to do this, but everyone will have the option of saying, 'I'm going to take some of my benefits,' these are your benefits, not anybody else's, and take a portion of that earlier because I need that money now."

Meanwhile, as President Trump continues to push his own attorney general to end the ongoing Russia probe, Rubio told "CBS This Morning" that what he's focused on now is paid family leave, and is not going to "spend my time here in the U.S. Senate waking up every morning and responding to some tweet everyday."

He noted, however, that after Republicans defeated an effort to provide additional funding for election security ahead of the 2018 midterm elections, that states "wouldn't even know what" to spend funding on if the measure had passed.

He added, "The money we've already appropriated is money that was based on professional assessment of what the needs were from a national level. If an additional amount is necessary in the future, we will provide it, but there's no outcry from states saying they need more money. They haven't even begun to spend the money they have now."