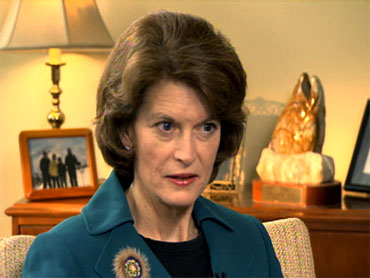 Alaska Sen. Lisa Murkowski widened her lead over bitter rival Joe Miller on Tuesday, increasing pressure on the GOP nominee to decide whether to fight what could be a losing battle.

With Murkowski holding a 10,400-vote lead and only an estimated few hundred uncounted ballots remaining, Miller must now determine whether to press forward with a federal lawsuit challenging election procedure, demand a recount or concede.

Murkowski, seeking to make history as the first U.S. Senate candidate to win as a write-in since 1954, was returning to Alaska on Wednesday, where she planned to address supporters after those last ballots were tabulated.

Miller has maintained that if the math doesn't work in his favor, he'll stop fighting, and Murkowski's campaign manager, Kevin Sweeney, said that point had come - and urged Miller to keep his word.

As of Tuesday night, Murkowski had 100,868 votes, while Miller had 90,468. Murkowski's count includes 8,153 votes that the state counted for her despite challenges from Miller observers for things like misspellings, extra words or legibility issues. Miller's total includes 20 write-in votes for him.

The only way Miller can add to his total is with the tally of those outstanding ballots from overseas and military addresses - Division of Elections Director Gail Fenumiai estimates there are fewer than 700 of those - and the stray write-in vote for him.

Spokesman Randy DeSoto said Tuesday that if the final tally between the two ends up "close," he expected the campaign to seek a recount; he noted Murkowski had gotten a hand count of her ballots but Miller had not. The overall number Miller's campaign is looking at is the undisputed vote tally for Murkowski. Asked if 2,000 votes was close, DeSoto said he believed it was.

DeSoto said the campaign has felt no pressure to concede. Miller had returned home to Fairbanks, after spending time this week in Anchorage, including meeting with his legal team.

Murkowski made her outsider run after losing her primary to Miller, a limited government candidate backed by Sarah Palin and the tea party crowd.

Miller's federal lawsuit seeks to hold the state to a law that calls for write-in ballots to have the oval filled in and the last name of the candidate or the name as it appears on the declaration of candidacy written. The state did not provide until two days before it began its write-in count the written procedures for how it would be conducted.

The state has been using discretion in determining voter intent, allowing ballots with Murkowski's name misspelled to be counted toward her total so long as the word written is phonetic to Murkowski; it points to prior case law as the basis for this practice.

Miller's lawsuit cites Bush v. Gore, the U.S. Supreme court case arising from the 2000 Florida presidential recount, in arguing that voter intent is "not constitutionally sufficient," and uniform standards are needed. Ben Ginsberg, an attorney who worked for the Bush-Cheney ticket then and is now part of Murkowski's legal team, has said Alaska is a voter intent state and that he has faith in the process, which he called "transparent and consistent."

For seven days, 30 paid hand counters have sorted through all the ballots cast in the race, with observers for Miller and Murkowski looking on, and the director of the Division of Elections, Fenumiai, deciding whether to count a disputed ballot for Murkowski. The process, as it played out in a cavernous room on Juneau's outskirts, ended Tuesday, with the remaining ballots due Wednesday to be sorted in Fenumiai's office on Friday.

The whole thing will be repeated if a recount is called, said Renee Limoge, a spokeswoman for Lt. Gov. Craig Campbell, who oversees elections in the state.

There's no threshold for demanding a recount, but in order for it not to cost the candidate, the difference between the number of votes cast must be 20 or less or less than half a percent of the total votes cast for Miller and Murkowski.

The deadline to request a recount is Dec. 4; the target date for certifying this race is Nov. 29.

DeSoto said the campaign faces something of a "catch-22" on this count, because it would like to have a court rule on whether the state should adhere strictly to the law in tallying ballots before there would be any recount. It's not yet clear how soon that might happen; the state disputes both the merits of Miller's claim and his seeking to have it settled in a federal court.