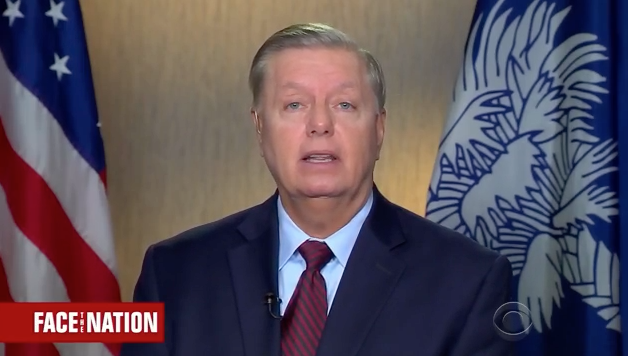 "Nothing's going to happen to Mueller's investigation politically. He's going to be allowed to finish it," Graham said.

Graham said the Senate Judiciary Committee has found no evidence of collusion between the Trump campaign and Russia when asked what Manafort might reveal to Mueller's team.

"I know that from the Judiciary point of view, we found no evidence of collusion between the Trump campaign and the Russians. I think Richard Burr said from the Intel point of view that he's seen no evidence of collusion, but we're waiting on Mueller," Graham said, referring to the Republican chairman of the Intelligence Committee. "Let's let Mueller do his job. I don't know what Manafort has to offer. I don't know if it's anything meaningful, but I'm intent on making sure that Mueller completes his investigation without political interference and I can answer questions about the report once it's issued."

It is not yet clear whether Manafort's cooperation is related to Mr. Trump or whether he would provide information on some other aspect of the investigation, but his agreement states that Manafort is required to "cooperate fully, truthfully, completely, and forthrightly" with the special counsel. He will also be called to testify as a witness before the grand jury and could testify in any other trials that may arise from the investigation.

Graham, himself a former prosecutor, cautioned that observers need to look at the "substance" of what former Trump associates including Manafort, George Papadopoulos, Michael Cohen and Michael Flynn have admitted before making any assumptions about the case.

"Some people [pleaded] to lying to the FBI, like Papadopoulos, and got two weeks in jail. So I don't see this a big event. Manafort could have a lot of stuff or he could just have stuff around, you know, financial transactions. I don't know yet. You don't look at the numbers," said Graham.

He added, "[Michael] Flynn would know a lot. I don't know what kind of deal Flynn's gonna get. At the end of the day, I haven't heard anything coming out of the Mueller world showing collusion between Trump and the Russians, but that's why you let a guy like Mueller do his job. I trust him to be honest and fair, and time will tell."