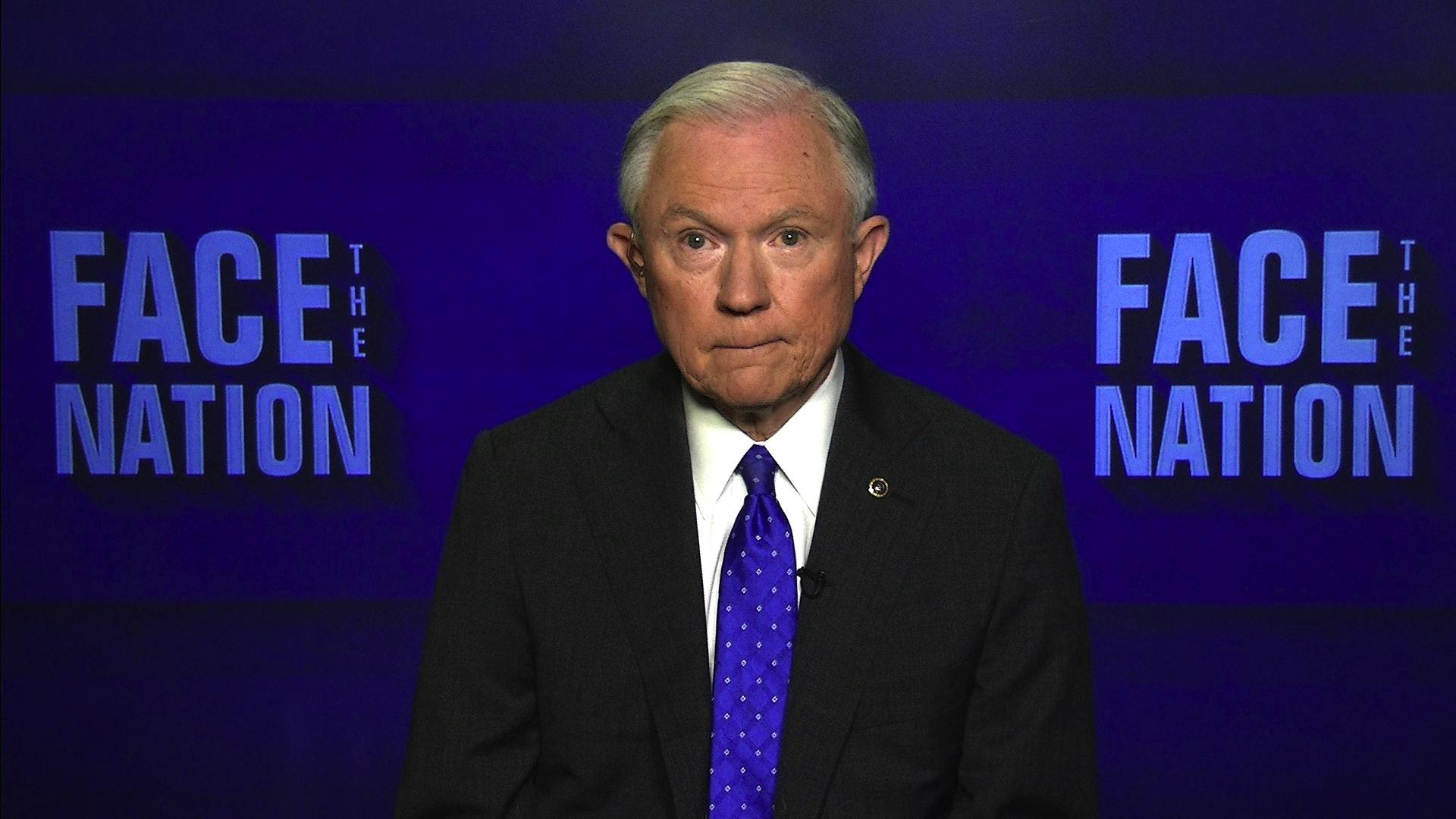 Republican Sen. Jeff Sessions of Alabama, a vocal Donald Trump booster on the campaign trail, weighed in Sunday on the latest developments in the GOP nominee’s immigration proposals, including Trump’s call to impose “extreme vetting” and ideological tests for anyone coming to the United States.

“The American people clearly support the idea that if you can’t vet somebody from a dangerous area of the globe, they should not be brought into the United States,” Sessions told CBS’ “Face the Nation.”

If you’re not a U.S. citizen, “you don’t have a constitutional right to demand entry to the country,” the Alabama senator said, before addressing Trump’s proposal to give an ideological test to all immigrants and visitors to America.

“The idea that you ask people about their understanding of what a good government is -- if you have two people, one that believes in a Democratic Republic like we have, one that has an ideology that wants to impose a narrow view of how the government should be run, a theocracy, then why would you not choose the one who’s most harmonious with our values?” Sessions said. “I think we can ask some of those questions. We have to be careful. We should talk to our lawyers and think it through carefully, but there’s no doubt that we can ask questions as we have for decades of people before they are admitted to our country.”

Asked whether that same ideological test could apply to U.S. citizens, the Alabama senator responded: “You can’t do that for a citizen. Once you get citizenship you’re just like anybody else. And you have every right as an American no matter how you came here. Once you get that citizenship, you have equal rights with every American. But if you’re applying to come you of course can be evaluated differently.”

Sessions also discussed Trump’s Saturday meeting with with Hispanic leaders in New York, where the billionaire reportedly softened his stance on deporting the 11 million or so undocumented immigrants in the U.S. now.

“He listened to a lot of people, I don’t think he made any commitments,” Sessions said. “He’s thinking that through, I think that’s the right thing. But he is absolutely committed to the first thing that has to be done and that’s end the lawlessness.”

And when it comes to dealing with those who are already in the U.S. illegally, Sessions said Trump is “wrestling with how to do that.”

“People that are here unlawfully, came into the country against our laws, are subject to being removed,” he said. “That’s just plain fact.”

“What I’m certain about is that he did not make a firm commitment yesterday, or the meeting the other day, about what he will do with that,” he said. “But he did listen and he’s talking about it.”