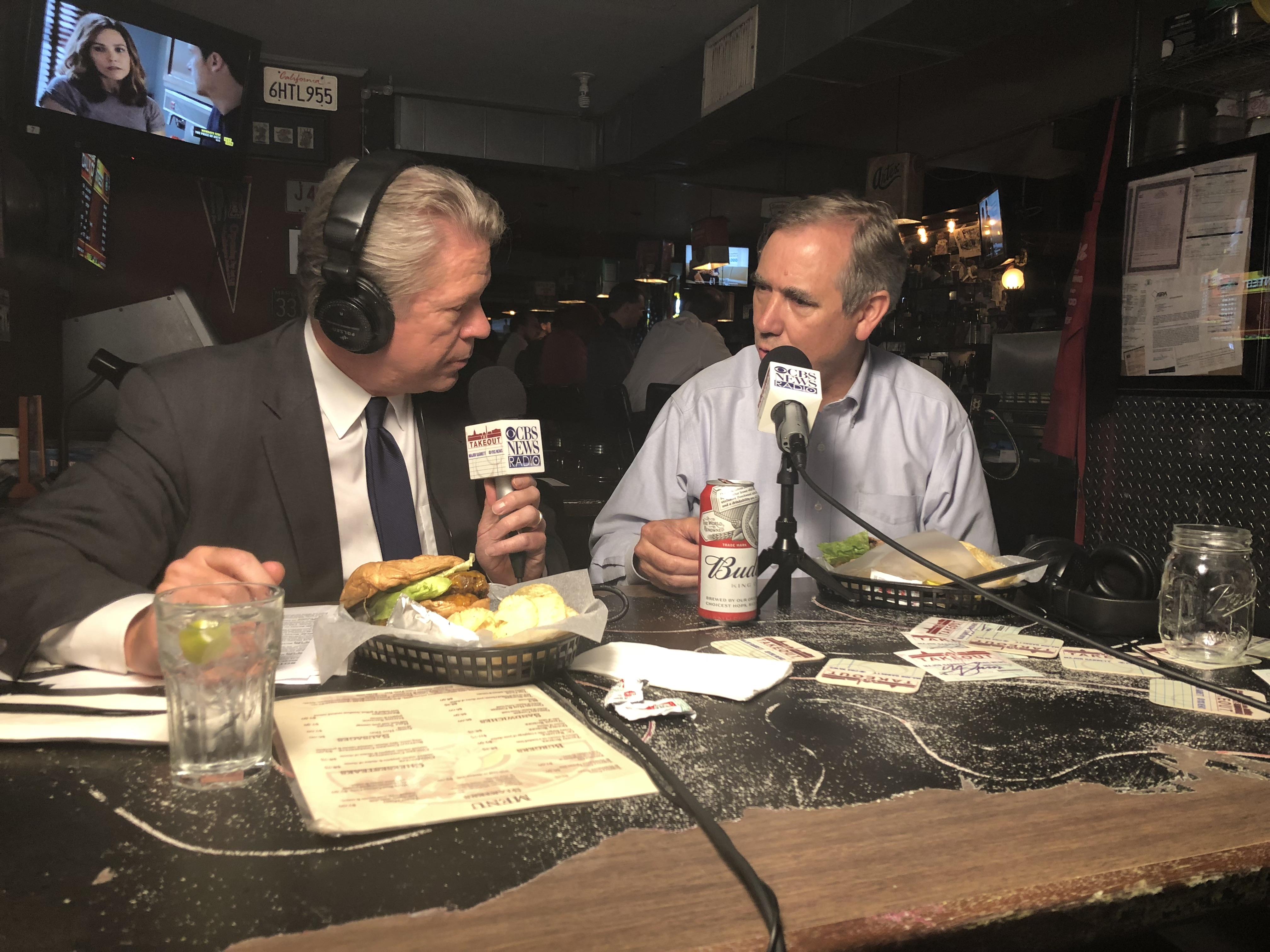 Sen. Jeff Merkley, D-Oregon, thinks Supreme Court Justice Anthony Kennedy's retirement "creates an opportunity for those who don't believe in our Constitution to lock in an anti-American majority for a long time to come."

He joined CBS News Chief White House Correspondent Major Garrett for dinner Wednesday night at Trusty's restaurant in DC for the latest episode of "The Takeout," and said he fears what another Trump Supreme Court appointee could mean for the next generation.

Kennedy, who announced he would retire as an associate justice on the high court at the end of July, has served for more than three decades after his appointment by President Ronald Reagan in 1987.

He has sometimes, though not always, been a moderate voice on the bench, and one that has frequently been the tie-breaker on many decisions.

Now, Merkley, and other Democrats feel a younger justice, who aligns ideologically with the stricter conservative principles of Antonin Scalia, who died in 2015, and his replacement, Trump appointee Neil Gorsuch, could open up a significant rift in American politics and policy.

"This sends shock waves through the communities of every citizen who believes in the vision of 'We the People' government because already we have a 5-4 court that…consistently favor[s] the privileged and powerful over ordinary people. And it's really kind of standing the vision of our Constitution on its head."

He pointed to a number of times when a single voice on the court has made significant impacts on policy.

"There are so many issues that have been 5-4 -- related to gerrymandering, related to voter suppression and voting rights in general, related to money - billionaires' money contaminating our political system, women's rights and workers' rights and consumer rights impacted by this 5-4 court," he said, "and having a younger justice replace Kennedy means that we're looking at an impact that could last a generation."

For more of Major's conversation with Sen. Merkley, including his vision for Democrats in 2020, and recent outrage about immigration,  download "The Takeout" podcast on Apple Podcasts, Google Play, Stitcher, or Spotify. New episodes are available every Friday morning.