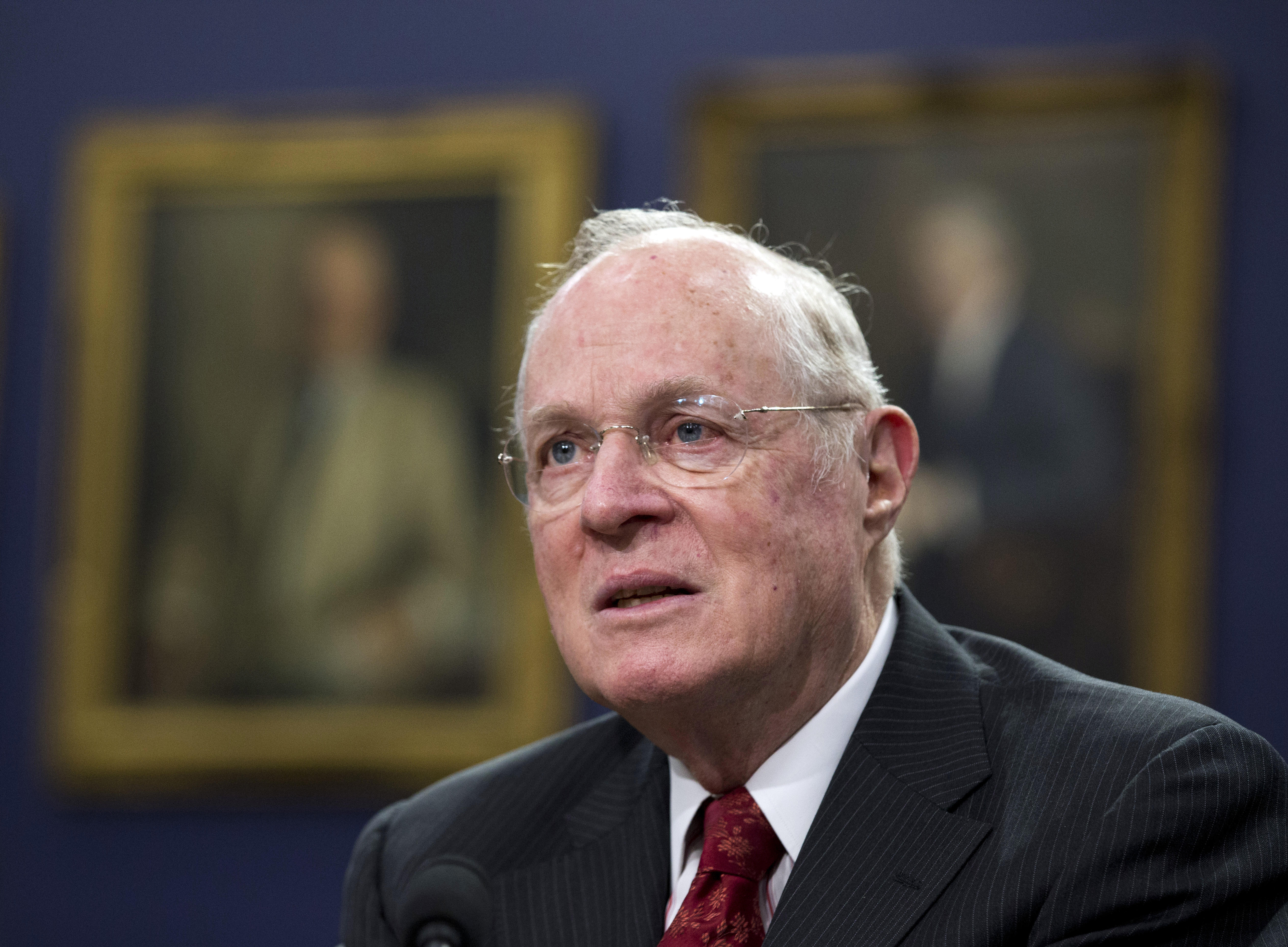 For three decades on a divided Supreme Court, Associate Justice Anthony Kennedy was often the swing vote who determined the fate of monumental cases.

Kennedy's judicial philosophy -- which has been described at times as "impenetrable" -- meant the justice appointed by former President Ronald Reagan sometimes sided with conservatives on the court, and other times with liberals. Oftentimes, where he fell -- and his explanation of how he arrived there -- was a surprise.

Here are some of the key cases that came down to Kennedy's vote.

Kennedy was in the 5-4 majority that decided in June 2015 the Constitution that guarantees the right to same-sex marriage. The decision invalidated all existing bans on same-sex marriage across the country and solidified the rights of individuals in all 50 states to wed. It was Kennedy who authored the majority opinion.

"No union is more profound than marriage, for it embodies the highest ideals of love, fidelity, devotion, sacrifice, and family. In forming a marital union, two people become something greater than once they were. As some of the petitioners in these cases demonstrate, marriage embodies a love that may endure even past death," Kennedy wrote.

"It would misunderstand these men and women to say they disrespect the idea of marriage. Their plea is that they do respect it, respect it so deeply that they seek to find its fulfillment for themselves. Their hope is not to be condemned to live in loneliness, excluded from one of its civilization's oldest institutions. They ask for equal dignity in the eyes of the law. The Constitution grants them that right."

In Planned Parenthood v. Casey, the court was poised to overturn the essence of Roe v. Wade -- but Kennedy sided with the plurality who deemed the state is generally banned from prohibiting most abortions. He decided to affirm the "essential holding," aka the basic principle, of Roe v. Wade.

The decision, a few years after Kennedy took the bench, distressed many conservatives. Now, with Kennedy leaving the court, some groups that oppose abortion are already seeing an opportunity to make headway in rolling back abortion protections.

"Justice Kennedy's retirement from the Supreme Court marks a pivotal moment for the fight to ensure every unborn child is welcomed and protected under the law," Susan B. Anthony List president Marjorie Dannenfelser said in a statement.

In the monumental campaign finance case of Citizens United v. the Federal Election Commission, Kennedy sided with the court's conservatives to rule that the government cannot limit corporate spending in elections under the First Amendment.

The ruling, which both conservative and liberal groups have taken advantage of in election cycles since, has certainly made a lasting impact in politics. Kennedy wrote the majority opinion in that 5-4 decision.

"If the First Amendment has any force, it prohibits Congress from fining or jailing citizens, or associations of citizens, for simply engaging in political speech," he wrote at the time.

For the first time in his career, Kennedy sided in favor of affirmative action in a 2016 case in which the Court rejected a challenge to a race-conscious admissions program at the University of Texas at Austin. The 4-3 decision, in which Kennedy sided with the majority, determined that such a program is legal under the equal protection clause of the 14th Amendment. The country's highest court upheld the decision of Fifth Circuit court.

Kennedy wrote the 20-page majority opinion, claiming it is the intangible qualities of a university that make it great, and the university should have the ability to determine that.

"Considerable deference is owed to a university in defining those intangible characteristics, like student body diversity, that are central to its identity and educational mission," he wrote.