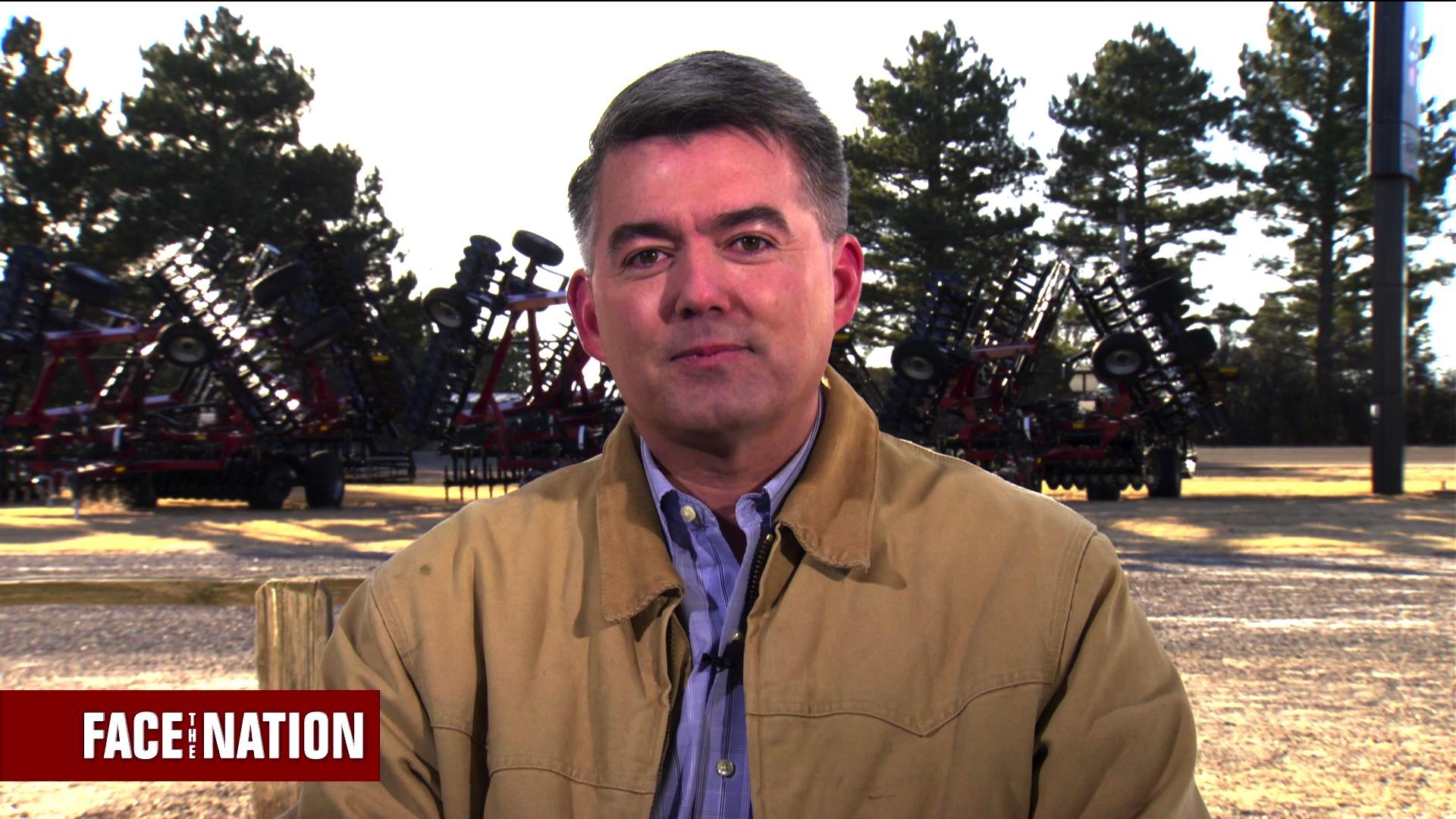 Gardner told CBS News' "Face the Nation" on Sunday that the comments were "unbecoming" and that he hoped to "move beyond" it.

"I'm not going to get into the who-said-what-said, but what was reported is unacceptable. But what we have to do is not let that define this moment," said Gardner. "We can't let this moment's politics defeat the important policy choices ahead of us. Look, we put together a very responsible plan, and if people want to better that, if people want to improve that, then let's do that."

While meeting with lawmakers about a potential immigration deal, Mr. Trump questioned why the U.S. accepts immigrants from what he called "sh*thole countries," according to Sen. Dick Durbin, a Democrat from Illinois, who was at the meeting.

"Why are we having all these people from sh*thole countries come here?" the president said Thursday afternoon in the Oval Office. Two Republican senators present at the meeting have disputed Durbin's account.

Gardner said that, despite the president's remarks, he hoped Americans would see that "Republicans and Democrats [are] coming together, not to fight politics, but to actually come up with a solution to address this challenge before us."

The senator went so far as to say that Mr. Trump was "sincere" on providing a solution to DACA, the program that protects undocumented immigrants who were brought the U.S. as children.

"To the president's credit, every time I've had a conversation with him in recent months, he's talked about a need to find a solution on this DACA population, you know this-this hundreds of thousands of people in America that are a part of DACA right now," said Gardner.

He added, "He's talked about the need to bring a solution for the Dreamers. He's talked about working to do it, so I have no reason to doubt him, even today, despite the blow up that we had this past week."