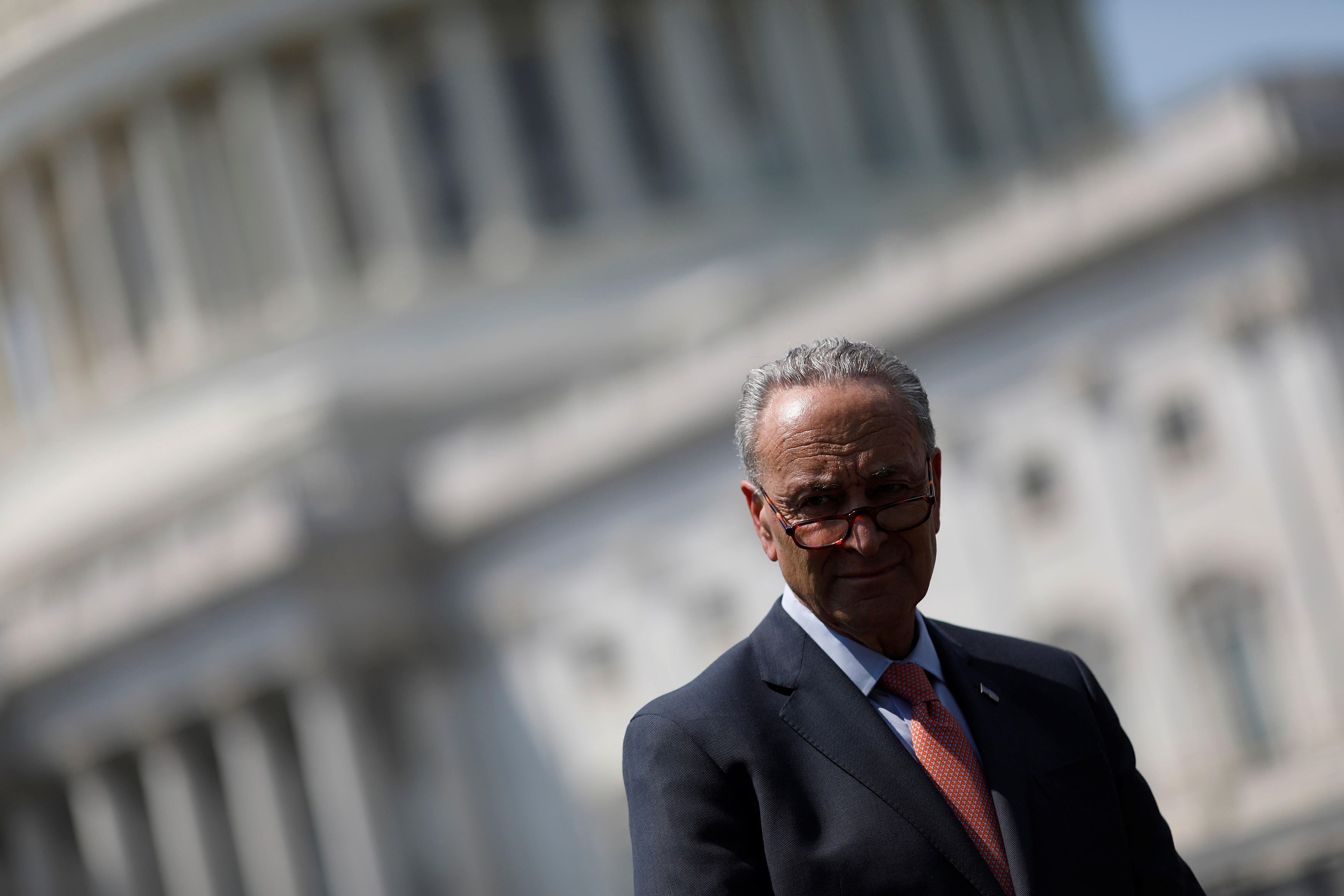 WASHINGTON  — Sen. Chuck Schumer said Wednesday that he is "pursuing every legal path" against whoever circulated a forged document accusing him of sexual harassment.

The media outlet said it had contacted the former Schumer staffer, who called the charges in the document "completely false," and she said her signature had been forged. The document, Nolen confirmed, was riddled with errors, and makes accusations against Schumer placing him in Washington on dates when he was not in the city.

Schumer's office has asked the Capitol Police to investigate.

"The document is a forged document and every allegation is false. We have turned it over to the Capitol Police and asked them to investigate and pursue criminal charges because it is clear the law has been broken," said Schumer spokesman Matt House.

Schumer, D-N.Y., the Senate Democratic leader, told reporters Wednesday, "it was a phony allegation, forged" and baseless "from start to finish."

No major media outlets produced an account, but far-right figures such as Mike Cernovich promoted the phony scandal without naming Schumer.