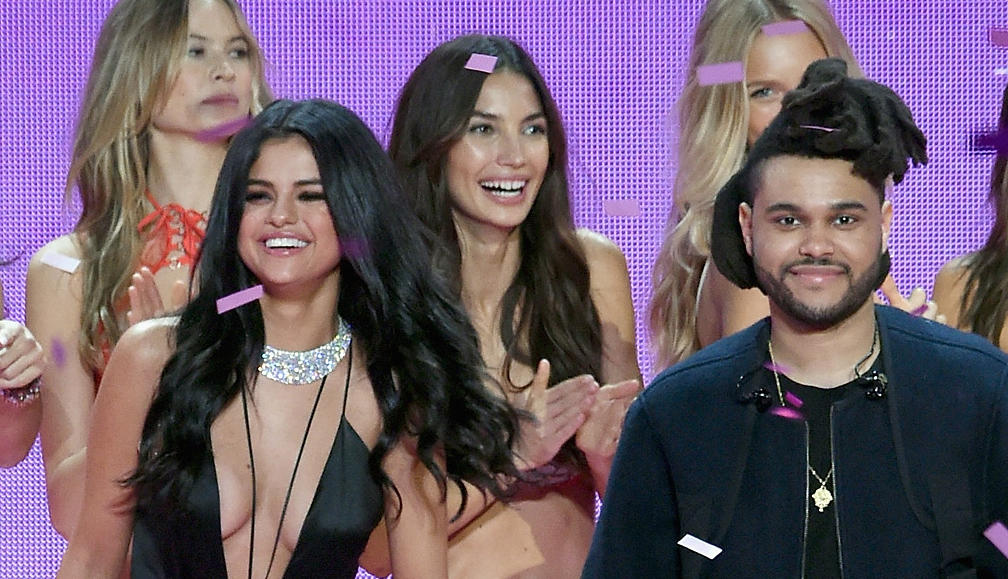 The black-and-white clip, which has since been deleted from the starlet’s page, featured the “Starboy” singer sitting on a river boat wearing a camo hoodie and shades as the pair cruise through the water. Gomez simply captioned the pic with a heart eyes emoji. Fans of Gomez captured the quick video prior to its removal.

The pair are currently in the middle of a romantic Italian getaway. ET obtained exclusive photos of the A-listers getting cozy in Florence, Italy on Saturday.

First they were spotted packing on the PDA at the Piazza Michelangelo, a popular overlook from which you can see the entire city. Then the rumored couple enjoyed a nice meal together.

Shortly after posting the clip of The Weeknd, Gomez also shared a quote from Ashton Kutcher at Sunday night’s SAG Awards. It read: “Everyone in airports that belong in my America: You are the part of the fabric of who we are, and we love you and we welcome you.”

Gomez wasn’t the only one to show her opposition to President Donald Trump’s recent immigration ban. The Weeknd’s famous ex, Bella Hadid, hit the streets of NYC with her super model sister, Gigi Hadid, to protest both the ban and the wall proposed for the Mexican border.