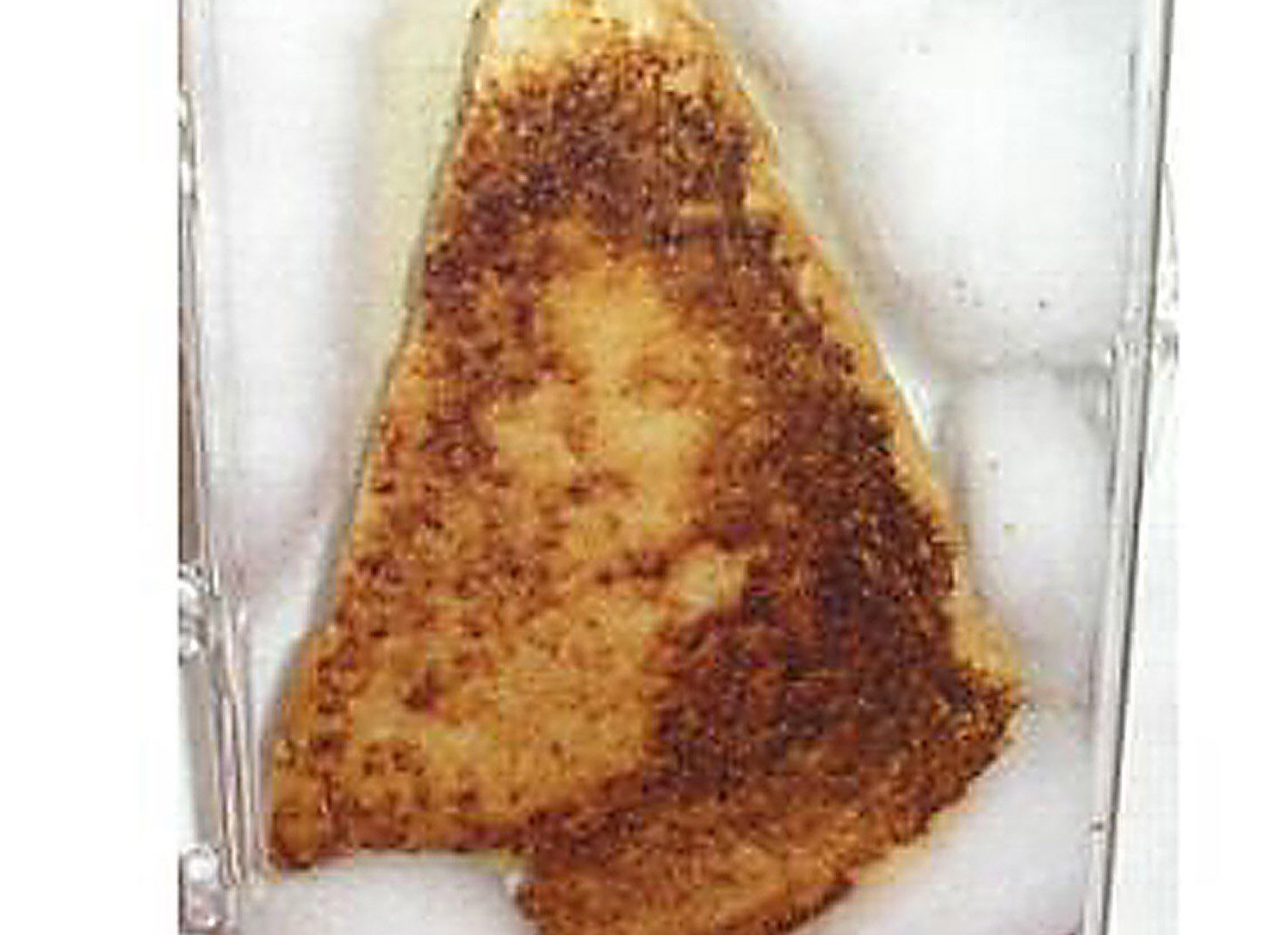 People who claim to see an image of Jesus or the Virgin Mary on a piece of toast aren't crazy, scientists explain in a new study published in the journal Cortex.

Since time immemorial, divine images have been spotted on inanimate objects. The scientific explanation is called "face pareidolia," a phenomenon in which visual stimuli appear to resemble an unrelated object or person.

Humans are hardwired to recognize faces, and researchers say this means many people may instinctually identify the contours and features of faces on virtually anything -- from clouds to a pancake to the surface of Mars to a grilled cheese sandwich that sold for $28,000 on eBay. We're similarly predisposed to spot animals, numbers and letters.

The age-old phenomenon has been a boon to the internet age. Face pareidolia is a subject of a popular Twitter handle and blog featuring images like Jesus on the belly of a cat.

But little is known about how exactly the brain takes such visuals and translates them into the composite of facial features. In the first study of its kind, researchers at the University of Toronto and a number of academic institutions in China used brain scans and behavioral responses to learn more about the neural mechanism of face pareidolia.

An analysis of brain scans revealed a very specific neural network responsible for face pareidolia, in which both the frontal and occipitotemporal regions of the brain were active.

"Our findings suggest that human face processing has a strong topdown component whereby sensory input with even the slightest suggestion of a face can result in the interpretation of a face," the researchers write in the study.

People may see different images depending on what they expect to see, which in turn activates specific parts of the brain that process such images, they say.

"Seeing 'Jesus in toast' reflects our brain's normal functioning and the active role that the frontal cortex plays in visual perception," stated a press release summarizing the findings. "Instead of the phrase 'seeing is believing' the results suggest that 'believing is seeing.'"