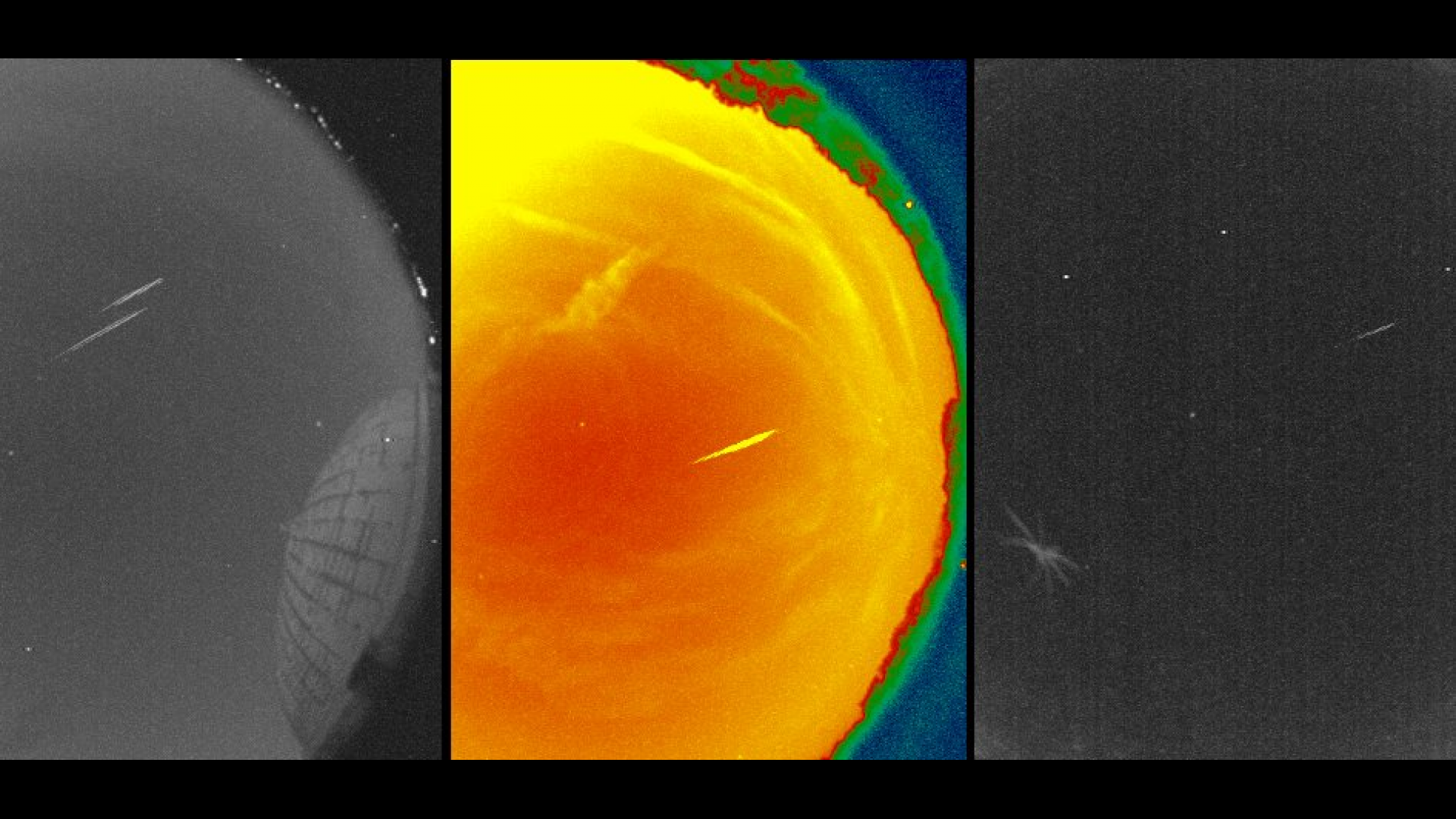 The last time Halley's comet streaked through our skies was 1986. But if you look up Tuesday night, you may be able to catch sight of pieces of the famous comet.

The Eta Aquarid meteor shower is made up of debris shed by the space rock, which burns up as it enters Earth's atmosphere. The high-speed meteors careen into the atmosphere at 148,000 mph and can leave incandescent glowing trails in their wake that can last for several seconds to several minutes.

The meteor shower stretches from April 19 to May 28, and peaks Tuesday night into Wednesday morning, May 5 and 6.

The shower is best viewed from the Southern Hemisphere, where skywatchers might see as many as 30 to 60 meteors per hour. In the Northern Hemisphere, where the perspective isn't quite as favorable, the peak could see a top rate of about 10 meteors per hour. Because the constellation Aquarius, from which the meteors seem to emanate and for which they are named, is lower in the sky in the Northern Hemisphere, at higher latitudes the meteors appear as "earthgrazers," seeming to skim the surface of the planet near the horizon.

For the best chance to catch a glimpse of these remnants of Halley's comet, find a spot away from street and city lights and lie on your back on the ground with your feet facing east. Let your eyes adjust to the dark and wait. The best time for viewing is in the hours before twilight, as the Earth turns into the meteor stream, and the show will last until dawn.

You can also watch online. The Slooh observatory will stream the meteor shower live Tuesday night.

Comet 1P/Halley was discovered in 1705 and orbits the sun once every 76 years. When it enters the inner solar system, its nucleus sheds a layer of ice and rock into space. When Earth passes through the trail of debris, it collides with our atmosphere, giving us the fiery Eta Aquarids in May and the Orionid meteor shower in October.

Halley's comet will not reenter the inner solar system again until 2061.