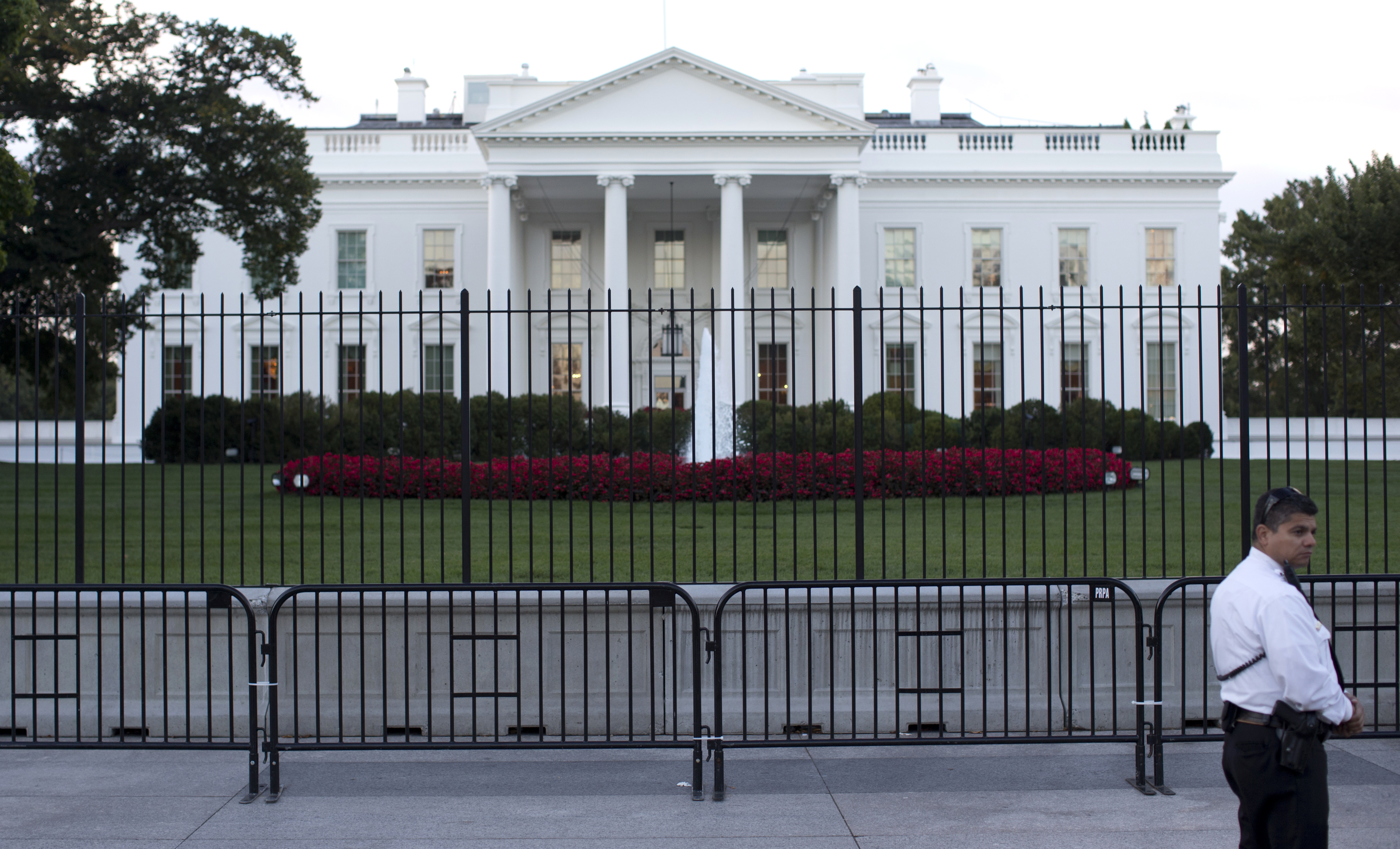 Besieged by fresh scrutiny after an armed man managed to scale the White House fence, sprint across the lawn and actually enter the doors of the North Portico before being apprehended, the Secret Service late Monday night erected a second fence line across the first family's Pennsylvania Avenue residence.

Just several feet high, the provisional cordon creates a security zone about 12 feet from the actual finial-topped fence. Designed to create a more effective level of obstruction for tourists and would-be intruders, the added barrier is an alternative to completely banning foot traffic in areas near the White House perimeter.

"The Secret Service has the challenging task of balancing the need to ensure the safety and security of the first family, while also ensuring that the White House continues to be the people's house," White House Press Secretary Josh Earnest said Monday. President Obama later that day reiterated that he thinks the agency does "a great job."

Still, the incident Friday prompted a new round of criticism amid a series of embarrassing snafus that have exposed glaring deficiencies in the Secret Service's procedures. Rep. Peter King, R-New York - a member of the House Homeland Security Committee - forecast Sunday that there would be a hearing to determine how it occurred under the agency's watch.

Officials originally argued the reason agents didn't shoot the suspect, Omar Gonzalez, as he sprinted across the lawn or release guard dogs to detain him was because he appeared unarmed. In fact, he was found carrying a two-and-a-half inch folding knife with a serrated blade and his car reportedly contained 800 rounds of ammunition.

"There can be a lot of conspiracies against a president, a lot of complex assassination plots," King said. "This is the most basic, the most simple type of procedure and how anyone, especially in these days of ISIS, and we're concerned about terrorist attacks, someone could actually get into the White House without being stopped is inexcusable."

Appearing Sunday on CBS News "Face the Nation," House Intelligence Chairman Mike Rogers, R-Michigan, suggested the agency has become lax in its protection measures over time: "One of the biggest problems in a static security force is atrophy of concern," he said. "And I think what you have seen is that they're not doing their audits, their checks, test runs to make sure that people are up to the right standard.

"...It's just a matter of the Secret Service upping their game to make sure that they can maintain that every detail matters," Rogers continued. "A door locked, a quick reaction when somebody hits the fence and over the gate. I think they're going to have reinstate some of these ongoing [self-audits] about what activities they participate in."

In light of the recent breach, the agency has ensured a thorough review of White House security, including a look at tactical and non-tactical assets inside and outside the fence, technical and physical security enhancements and staffing.

The Secret Service is among the nation's most elite law enforcement units, but it has been beset by scandal over the last several years. In 2012, more than a dozen agents and officers were involved in a prostitution scandal during President Obama's trip to Cartagena, Colombia. And in March this year, three Secret Service agents were sent home from Amsterdam ahead of a presidential trip there after an episode involving public intoxication.