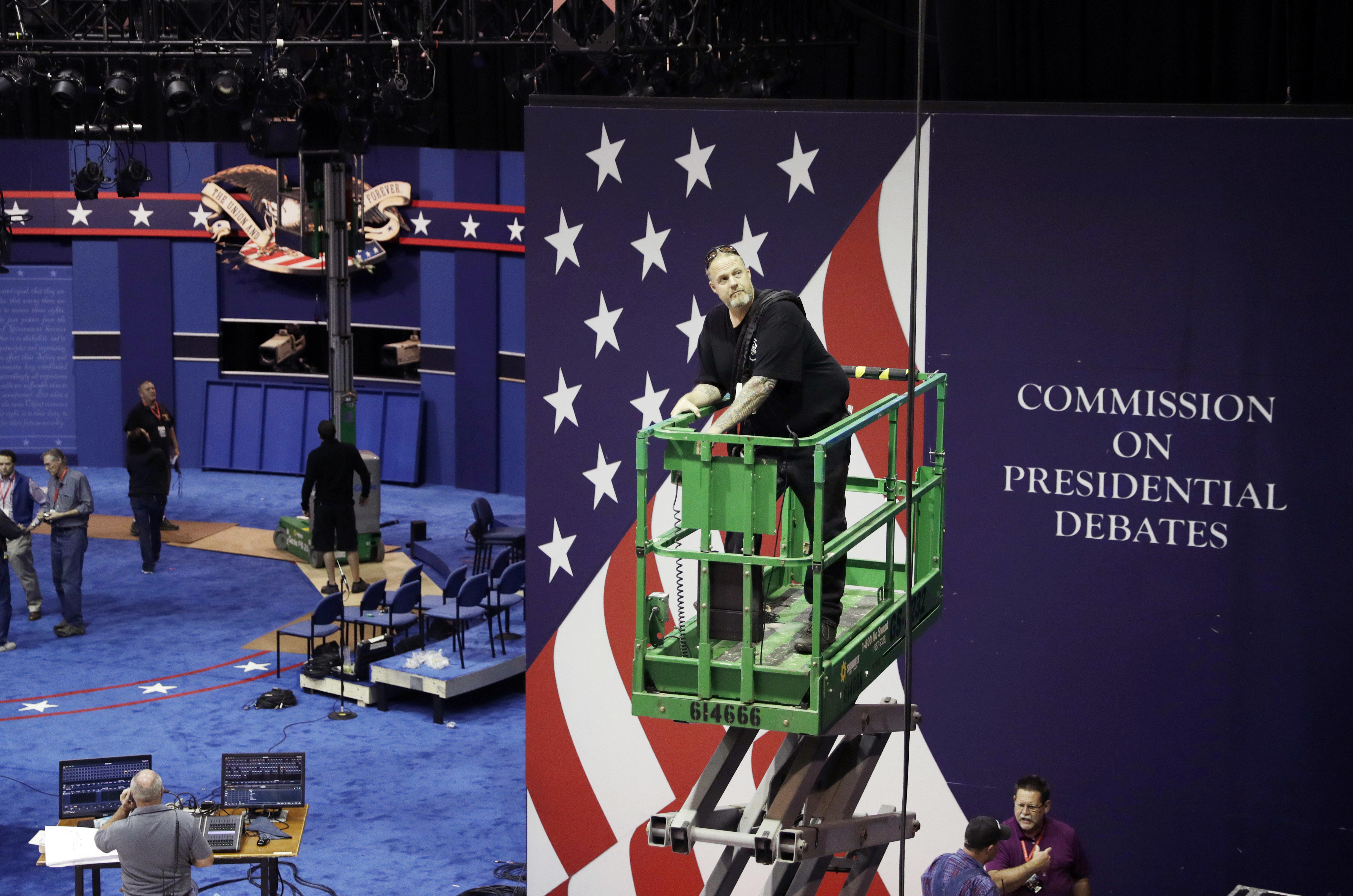 Hillary Clinton and Donald Trump return to the stage Sunday for what’s bound to be a riveting rematch, after the revelation Friday of a tape of Trump talking lewdly about women and the apparent disclosure of portions of Clinton’s Wall Street speeches.

After their first debate on Sept. 26, Clinton was widely seen as the winner—and post-debate polling found her making some modest gains nationally and in swing states as a result. With just one more debate remaining after Sunday, this is one of Trump’s final chances to even the score and to show voters he’s up for the task of being president.

Here’s a quick guide from CBS News for a few things to watch:

1. The impact of the Trump tape and of Clinton’s Wall Street speeches

The video in which Trump is heard saying, “I’m automatically attracted to beautiful -- I just start kissing them. It’s like a magnet. Just kiss. I don’t even wait. And when you’re a star they let you do it. You can do anything. Grab them by the p**** -- you can do anything.”

Trump’s response to questioning on this subject is the top thing to watch for -- will he show any contrition, defend himself or lash out?

The other thing to watch here is what Clinton says: expect her comments about this at the debate to be the first time Americans hear her response to the issue, since she does not plan to talk publicly about the controversy until then, according to her campaign.

Though it initially received less attention Friday, at about the same time, WikiLeaks released what it alleges are Clinton campaign chairman John Podesta’s emails (the Clinton campaign would not confirm their authenticity), and one thread showed excerpts from the transcripts of Clinton’s Wall Street speeches and the portions her aides were concerned about. Lines that could provide fodder for questioning include a remark about how “you need both a public and a private position” on policy, and another that suggests she is “kind of far removed” from the middle-class concerns she champions because of the financial success she and Bill Clinton have enjoyed since he left the presidency.

2. Lessons from the first debate -- will Trump take the bait?

Sunday night will be Clinton’s and Trump’s second primetime face-off, after the first debate in New York last month, and comes just five days after their running mates shared the stage in Virginia. What, if anything, did the two candidates take away from the first two debates of the fall?

Trump, for example, was panned for his performance in September, looking overaggressive while Clinton remained calm. Trump also appeared largely unprepared for the debate, compared with Clinton, who had clearly done her homework. In the vice-presidential debate, however, it was Democratic candidate Tim Kaine who was the aggressor—and Republican VP pick Mike Pence had the cooler, more soft-spoken demeanor.

Top aides to both candidates were surely watching every minute detail of both debates and incorporating new lessons into each candidate’s prep. Is Trump more prepared this time? Will Clinton ditch some of her pre-planned “zingers”?

Also, during the first debate, Clinton set traps for Trump to goad him … and Trump fell for it. He took the bait—on the money he received from his father, on former Miss America Alicia Machado—and had responses that fell short and seemed to take him off guard. Worse, he was still attacking Machado days after the debate ended.

Trump, for his part, still insists he had decided to “hold back” during the first debate: he told a town hall audience in New Hampshire Thursday night that he wanted to stay out of “the gutter.” Although Trump had said last week that he wouldn’t bring up Bill Clinton’s sexual history, in both his statements on the subject of the vulgar tape released Friday -- one of which was an apology for the remarks -- he mentioned Bill Clinton, disparaging him as having said and done worse.

And it’s a safe bet that Hillary Clinton will have other traps prepared for Trump on Sunday night. Will he take the bait this time? And if so, does it result in the kind of days-long news cycle Alicia Machado became?

Unlike the first and third presidential debates and the single vice-presidential debate, Sunday night is a town hall format: meaning questions will be asked both by the moderators and audience members, and the candidates are free to move around the stage.

This gives both candidates the kind of freedom they don’t have when standing behind a podium, and might allow them both a chance to more directly connect with voters in the audience. But it comes with pitfalls, too: in 2008, for example, Republican John McCain’s movement around the stage sometimes looked a little aimless. Trump’s campaign thinks he’s better in this milieu than Clinton is, though Clinton has participated in more town halls on the campaign trail than her GOP opponent.

On Thursday night, Trump held a town hall meeting in New Hampshire, but it was by invitation only, and he answered about a dozen pre-screened questions from the audience.

How do both candidates do in the unfamiliar forum?

4. Do any questions trip the candidates up?

In Sunday’s debate, many of the questions will be asked by audience members who are undecided voters—a feature of the second debate that adds an element of the unexpected. Candidates can roughly expect the kind of questions they’ll get from debate moderators Anderson Cooper and Martha Raddatz, both of whom are journalists who go through weeks of debate prep.

But voter questions could include a wider range of topics -- beyond what the media has focused on -- which the candidates will need to be prepared for.

What happens, for example, if a voter asks Trump about his charitable donations or his tax returns? Or if one of them presses Clinton on her private email server? It’s one thing to shut down a moderator when he or she asks about a scandal in the headlines; how Clinton or Trump handles the unexpected when it comes from an undecided voter is another question entirely, and one worth watching Sunday night.

In 1992, the first year a town hall debate was held, incumbent President George H.W. Bush briefly looked down at his watch—a moment that defined the debates for him, and reinforced the perception that he couldn’t connect with American voters.

Eight years later, in 2000, then-Vice President Al Gore stood up from his chair while George W. Bush was answering a question, seemingly intending to intimidate Bush—but instead, his movement around the stage ended up appearing off-putting.

Will either candidate have a similar memorable moment Sunday night?