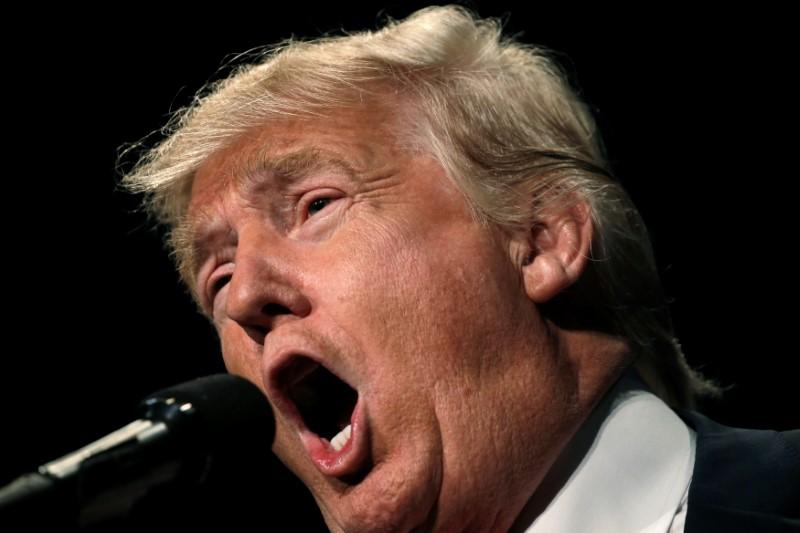 “I want to win this election on my policies for the future, not on Bill Clinton’s past,” Trump said in an email to Page Six. “Jobs, trade, ending illegal immigration, veteran care, and strengthening our military is what I really want to be talking about.”

After the first presidential debate last week, Trump had suggested he might bring up the former president’s extramarital affairs at the second debate. And then last weekend, he said at a rally that he didn’t think Democratic nominee Hillary Clinton is “loyal” to her husband.

Before the first debate, Trump had tweeted that he might invite Gennifer Flowers as a guest to the event, a response to news that billionaire Dallas Mavericks owner and Trump troll Mark Cuban would have a front-row seat to the debate, courtesy of the Clinton campaign. Flowers claimed in 1992 that she had a 12-year affair with Bill Clinton.

“If dopey Mark Cuban of failed Benefactor fame wants to sit in the front row, perhaps I will put Gennifer Flowers right alongside of him!” Trump’s tweet read.

But both vice presidential candidate Mike Pence and Trump campaign manager Kellyanne Conway said on separate shows Sunday morning that Trump’s tweet should be taken seriously -- the campaign had not extended an invitation to Flowers.