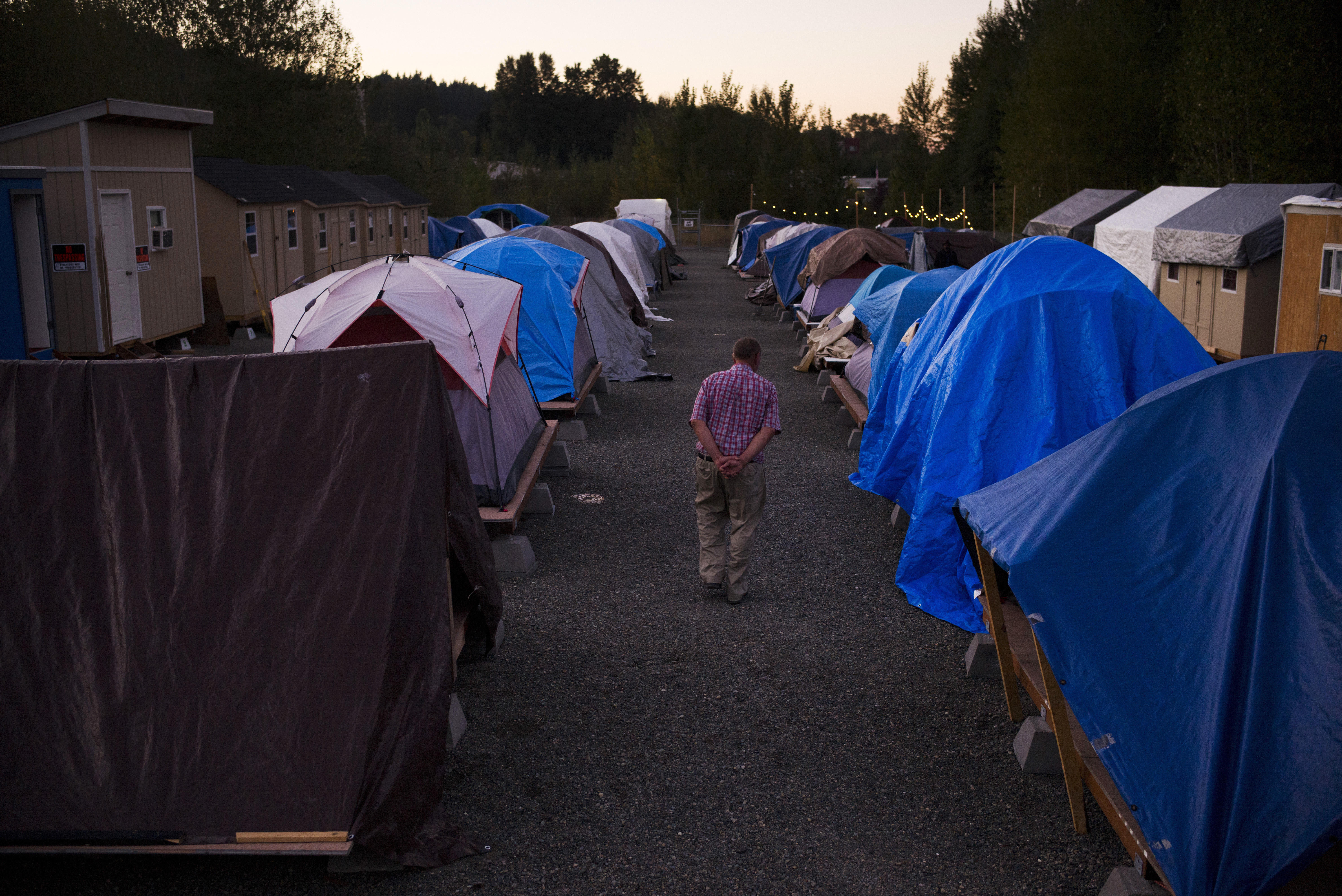 SEATTLE -- Seattle leaders on Tuesday repealed a tax on large companies such as Amazon and Starbucks after a backlash from businesses, a stark reversal from a month ago when the City Council unanimously approved the effort to combat a growing homelessness crisis.  The tax was proposed as a progressive revenue source aimed at tackling one of the nation's highest homelessness numbers, a problem that hasn't eased even as city spending grew.

A divided crowd chanted, jeered and booed at the council meeting, drowning out the leaders as they cast a 7-2 vote. People shouted, "Stop the repeal," as others unfurled a large red banner that read, "Tax Amazon." An opposing group held "No tax on jobs" signs.

The vote showed Amazon's ability to aggressively push back on government taxes, especially in its affluent hometown where it's the largest employer with more than 45,000 workers and where some have criticized it for helping cultivate a widening income gap that is pricing lower-income employees out of housing.

Businesses and residents demanded more accountability on how Seattle funds homelessness and housing and said the city should take a regional approach to the problem. Many worried that Amazon and others would leave the city as the companies sharply criticized the tax.

The online retailer even temporarily halted construction planning on a new high-rise building near its Seattle headquarters in protest. Amazon called the vote "the right decision for the region's economic prosperity."

The company is "deeply committed to being part of the solution to end homelessness in Seattle," Drew Herdener, an Amazon vice president, said in a statement.

City leaders underestimated the frustration and anger from residents, businesses and others over not just a tax increase but also a growing sense that homelessness appears to have gotten worse, not better, despite Seattle spending millions to fight it.

It poured $68 million into the effort last year and plans to spend more this year. The tax would have raised roughly $48 million annually.

But a one-night count in January found more than 12,000 homeless people in Seattle and the surrounding region, a 4 percent increase from the previous year. The region saw 169 homeless deaths in 2017.

Many supporters called the repeal a betrayal and said the tax was a step toward building badly needed affordable housing. They booed council members, imploring them to keep it and fight a coalition of businesses trying to get a referendum overturning the tax on the November ballot.

Several leaders, including three who sponsored the legislation but voted to repeal it, lamented the reversal and conceded they didn't have the resources to fight the referendum.

Councilwoman Lisa Herbold said it "was truly our best option" and that she repealed it with a heavy heart. She lashed out at business interests for blaming the problems on government inefficiencies.

"Gutless!" someone shouted as she explained her rationale. She and others said they didn't want to spend the next several months in a political fight that would do nothing to address urgent needs.

Councilwoman Teresa Mosqueda voted against the repeal, saying the lack of a replacement strategy would mean more months of inaction.

"It was not a tax on jobs," she said, calling it "a much needed down payment to our housing crisis."

Denise Moriguchi, chief financial officer at Asian grocery store chain Uwajimaya, told the council that she doesn't like seeing people living in tents but that the tax was not the answer. She said it would hurt small businesses with thinner profit margins than Amazon.

Seattle's so-called head tax would have charged companies about $275 per full-time worker each year to fund affordable housing and homeless services. It targeted nearly 600 businesses making at least $20 million in gross revenue and would have taken effect next year.

Days after it passed, the business-backed No Tax On Jobs campaign began gathering signatures for the ballot and raised more than $280,000 in cash contributions in just weeks.

It remains to be seen whether Seattle's retreat will have a chilling effect on other cities considering taxes on big tech companies to help mitigate the effects of growth.

The City Council in Mountain View, California, where Google is based, will vote June 26 on whether to put a similar measure before voters in November. The "Google tax" aims to alleviate transportation woes and high housing costs in the Silicon Valley city south of San Francisco.

"It appears that we have a better relationship with our business than Seattle does," Siegel said.

He said Google hasn't taken a position on the proposal and that no "groundswell" of opposition has materialized from the Internet search giant and other companies.

Amazon has been aggressive about fighting taxes. It recently said it would block Australians from purchases on its international websites after the nation planned to impose a 10 percent consumption tax on online retailers for goods shipped to Australia.