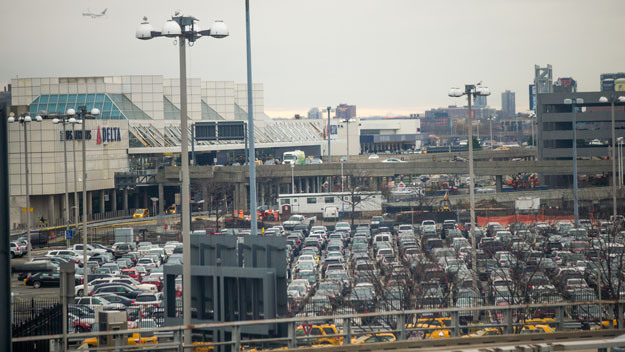 NEW YORK -- Police are searching for a woman who they believe attacked and robbed another woman inside LaGuardia Airport late Wednesday morning, reports CBS New York.

The incident happened in a bathroom just behind the American Airlines check-in at the New York City airport's central terminal around 11 a.m., according to airport authorities.

The victim reported being attacked before the suspect took off with her purse, CBS New York reports. The victim suffered minor injuries.

Port Authority police have closed off a large section of the terminal where restaurants and restrooms are located.

They are still searching for the attacker.