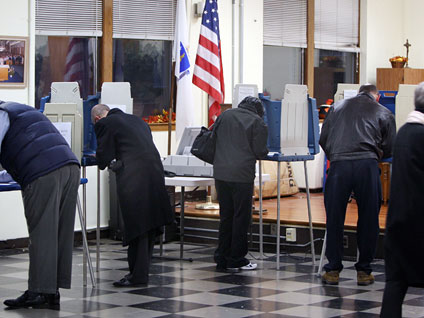 Archaeologists hoping to determine whether an unearthed skeleton belongs to one of the founders of the first permanent English settlement in North America began work Monday to excavate his sister's 360-year-old remains in eastern England.

Capt. Bartholomew Gosnold oversaw an expedition that led to the founding of Jamestown in 1607 in what is now Virginia. Other evidence already suggests that a nearly intact skeleton found outside the site of the Jamestown Fort is Gosnold's, but a DNA match would be confirmation.

British and American researchers on Monday began work to remove a small part of Elizabeth Gosnold Tilney's skeleton from beneath the floor of All Saints Church in the English village of Shelley, 60 miles northeast of London. Scientists working with skeletal remains can only trace DNA through maternal relatives.

Based on records, archaeologists believe Elizabeth Gosnold is buried underneath the church floor, said Nick Clarke, a spokesman for the Diocese of St. Edmundsbury and Ipswich, the Church of England diocese responsible for All Saints.

The inscription in brass on a ledger stone believed to mark the grave of Tilney's husband in the church has worn off. Archaeologists plan to raise the stone, then look for the outline of a burial shaft and excavate down to the graves of the husband and wife who would be side by side. But the gravestone could be out of place.

Monday's excavation work involved raising the brickwork surrounding the ledger stone, Clarke said. If experts find a female skeleton that matches Elizabeth Gosnold's profile, they will extract a small portion - either a tooth or a piece of thigh bone - for DNA analysis, he added.

A second excavation is planned to recover a DNA sample from Gosnold's niece, Katherine Blackerby, whose remains are thought to be in a vault at St. Peter and St. Mary Church in nearby Stowmarket.

Gosnold, though largely unrecognized historically, is considered a primary organizer and head of the expedition that led to Jamestown's founding. Capt. John Smith's role received most of the attention because Gosnold became ill and died at age 36 - three months after arriving in Virginia. His sister, Elizabeth, died in 1646.