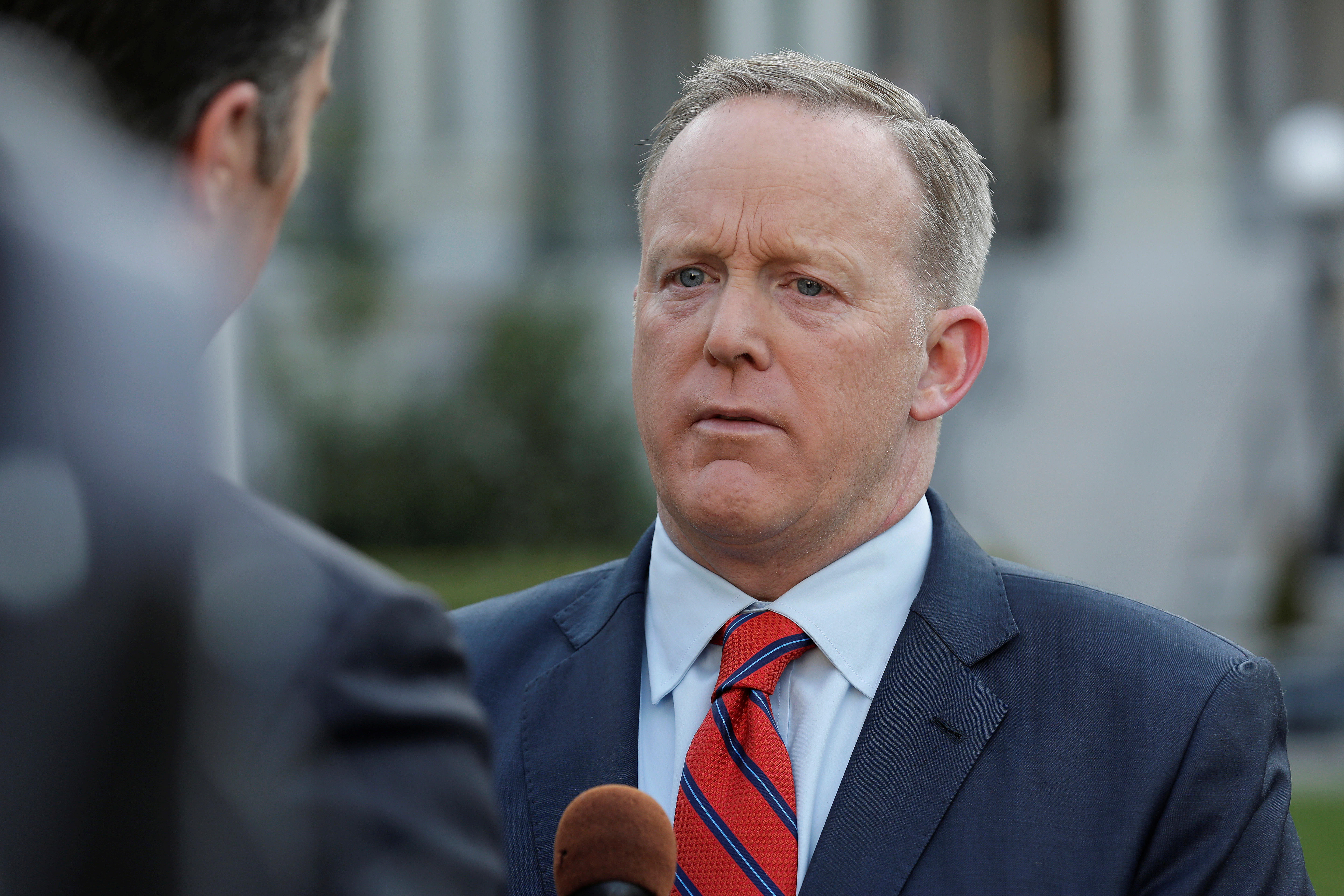 “I made a mistake ... there’s no other way to say it. I got into a topic that I shouldn’t have, and I screwed up. I hope people understand that we all make mistakes. I hope I showed that I understand that I did that,” he told NBC News’ Greta Van Susteren at a Newseum forum on President Trump’s relationship with the press.

On Tuesday, Spicer had told reporters that Hitler “didn’t even sink ... to using chemical weapons,” a comment which ignored the mass killing of Jews in Nazi gas chambers in the Holocaust.

“It’s a very holy week for both the Jewish people and the Christian people, and this is -- to make a gaffe and a mistake like this is inexcusable and reprehensible. And so, of all weeks -- this compounds that kind of mistake,” Spicer said, referring to Passover and Easter. “It is really painful to myself to know I did something like that.”

He conceded Wednesday, “There’s no comparing atrocities,” and he called his mistake “disappointing” because “I think I’ve let the president down.”

“[O]n both a personal level and a professional level, that will definitely go down as not a very good day in my history,” Spicer said.

“It’s the same team that had a very successful campaign,” Spicer said. Mr. Trump is “not getting a monolithic group of advice,” Spicer added, and said Bannon brings an understanding of the president’s policies and what he campaigned on.

Mr. Trump however, seemed not to attach as much significance to Bannon’s role in his campaign and administration.

“I like Steve, but you have to remember he was not involved in my campaign until very late,” he told the New York Post. “I had already beaten all the senators and all the governors, and I didn’t know Steve. I’m my own strategist and it wasn’t like I was going to change strategies because I was facing crooked Hillary.”

Van Susteren also asked Spicer about the upcoming White House Correspondents Dinner, which neither Mr. Trump nor his staff are attending.

“I don’t think that we should fake it,” he continued. “Going to a dinner where they sit around, you pretend everything is all hunky dory -- is probably not an appropriate year to be doing this,” Spicer said.

He added, “If things get better, maybe we’ll attend next year,” he added.