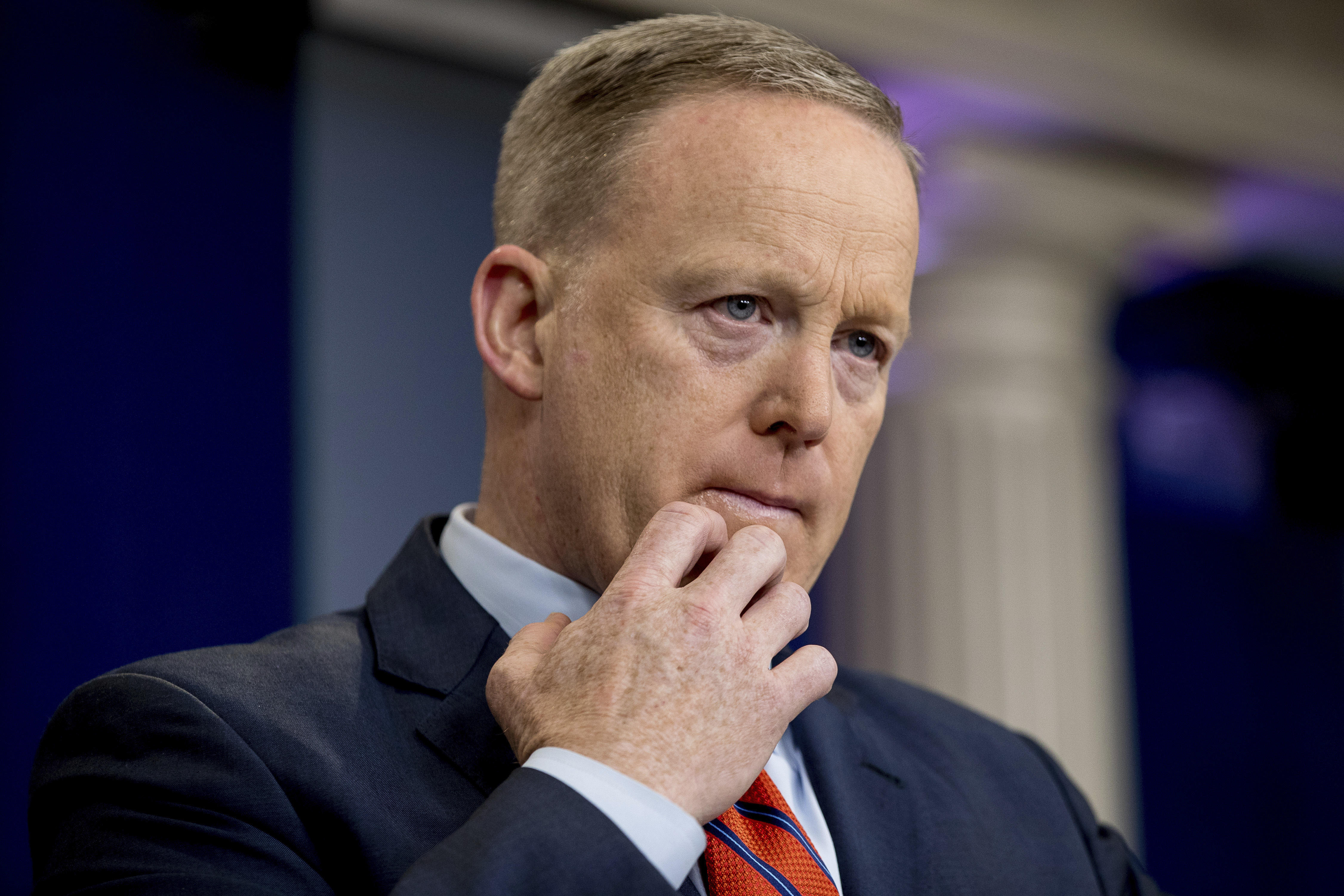 “You had -- someone as despicable as Hitler who didn’t even sink to the -- to using chemical weapons,” Spicer told reporters at the White House briefing Tuesday. “So you have to, if you’re Russia, ask yourself, ‘Is this a country that you and a regime you want to align your self with?’”

Within hours, Spicer apologized. “Frankly, I mistakenly made an inappropriate and insensitive reference to the Holocaust, for which there is no comparison,” Spicer said on CNN. “And for that I apologize. It was a mistake to do that.”

The remark was meant to emphasize why the use of chemical weapons by Syrian dictator Bashar al-Assad necessitated an American military response.

While chemical weapons weren’t widely used on th battlefield in the European theatre in World War II, Spicer’s comments immediately raised eyebrows because of the Nazi’s extensive and well-documented use of poison gas during the Holocaust. Six million Jews were slaughtered in the Holocaust, many in Nazi gas chambers.

Pressed by a reporter to clarify what he meant by this remark, Spicer said that he meant that Hitler had never used chemical weapons in the way Assad had, while acknowledging they were used by the Nazis during the Holocaust.

“I think when you come to sarin gas, he was not using the gas on his own people the same way that Assad is doing,” Spicer said. Of Hitler, Spicer said, “He brought them into the Holocaust centers, I understand that.”

He then added: “But in the way that Assad used them, where he went into towns, dropped them down to innocent -- in the middle of towns....I appreciate the clarification…that was not the intent.”

After the briefing, the White House issued another statement: “In no way was I trying to lessen the horrendous nature of the Holocaust,” Spicer wrote. “I was trying to draw a distinction of the tactic of using airplanes to drop chemical weapons on population centers. Any attack on innocent people is reprehensible and inexcusable.”

The clarifications didn’t come soon enough for the Anne Frank Center, which called on President Trump to “fire Sean Spicer at once.” The Center in a tweet called Spicer’s remarks “the most evil slur upon a group of people we have ever heard from a White House press secretary.”

It was a call echoed by House Democratic Leader Nancy Pelosi, who lambasted Spicer over his comments.

“While Jewish families across America celebrate Passover, the chief spokesman of this White House is downplaying the horror of the Holocaust,” she waid in a statement. “Sean Spicer must be fired, and the President must immediately disavow his spokesman’s statements.  Either he is speaking for the President, or the President should have known better than to hire him.”