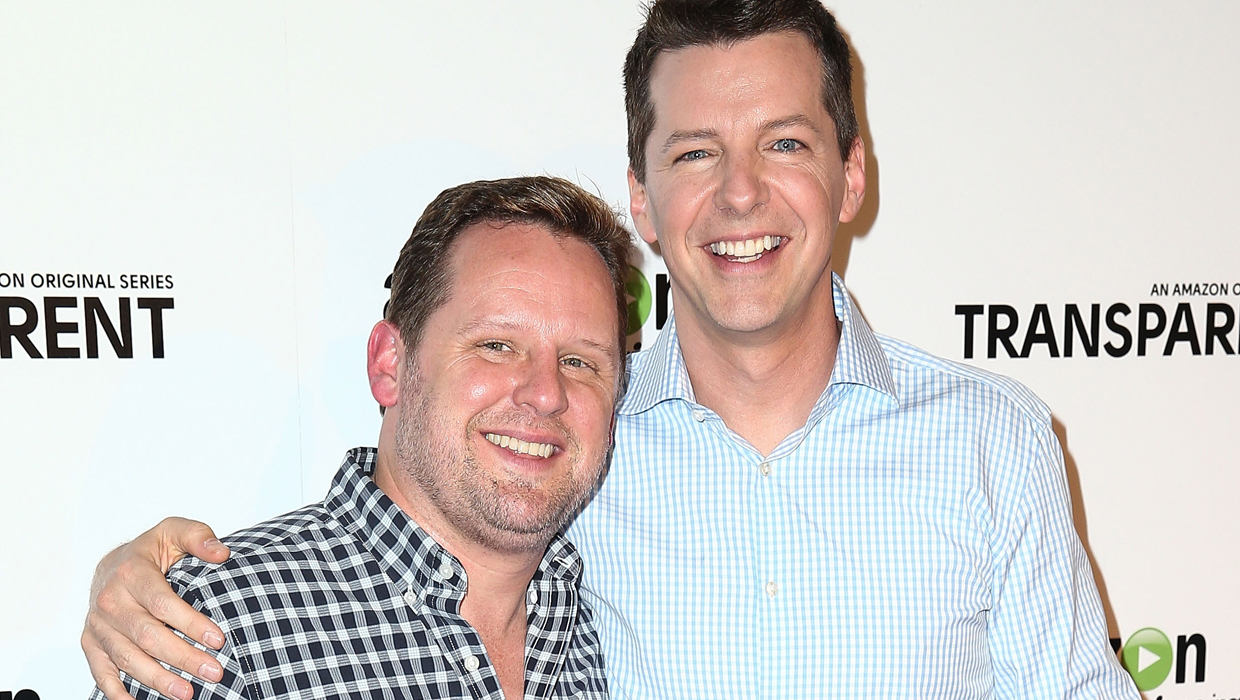 "Will & Grace" star Sean Hayes is a married man!

"Here's a ‪#‎TBT‬ photo of Scotty and me getting married last week. Took us 8 years but we did it!" he wrote.

News broke of the couple's engagement after Hayes' appearance on "The Talk" in October, when fans noticed the 44-year-old actor sporting a ring on his left wedding finger. "They are not yet married but they have been engaged for quite some time," his rep later confirmed to RumorFix.

Hayes has been notoriously private about his personal life, officially coming out in 2010 in an interview with "The Advocate," more than 14 years after "Will & Grace" first debuted on NBC. Hayes played the openly gay character Jack McFarland on the popular series, which ran for eight seasons.

These days, Hayes is clearly in wedded bliss despite his CBS series, "The Millers," getting canceled Friday, posting this hilarious video of him dancing to Taylor Swift's "Shake It Off" on Saturday in response to the bad news.

ET recently sat down with Hayes as well as his "Millers" co-star Will Arnett, who talked about their longtime friendship. Go here to see that video.