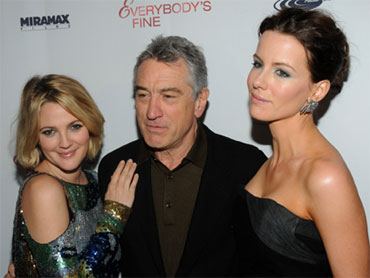 In theaters for less than a month, the final installment of "The Lord of the Rings" trilogy, "The Return of the King," already has taken in more than three quarters of a billion dollars worldwide.

Sean Astin is the subject of some Oscar talk for his emotional performance as hobbit Sam, who must help Frodo, played by Elijah Wood, carry the ring to Mount Doom and save Middle Earth.

The son of actors John Astin and Patty Duke, Astin notes, "My mom won an Oscar when she was a kid for (playing) Helen Keller, and I was nominated when I was 23 for a short film and my dad was nominated in the same category. We're sort of Oscar people, Academy people, but I think for the right reasons."

But he tells The Early Show co-anchor Harry Smith what has been most rewarding to him is what his mom thinks of his performance.

Astin says, "She talked to me like an actor for the first time since I was 8 years old. She wanted to talk about craft and what moved her and what was honest. Instead of just the usual kind of pride and nodding look. She was so excited. So the Oscar talk thing is a double-edged sword. I look at myself as a journeyman kind of working-class actor. That's how I feel. And my agents and the town now are excited about getting on the phone because of the response they get on the other end of the phone when they're talking about it. For years it was, 'Oh, we love Sean, but…' Now they want to talk about it. So that makes it kind of meaningful to me."