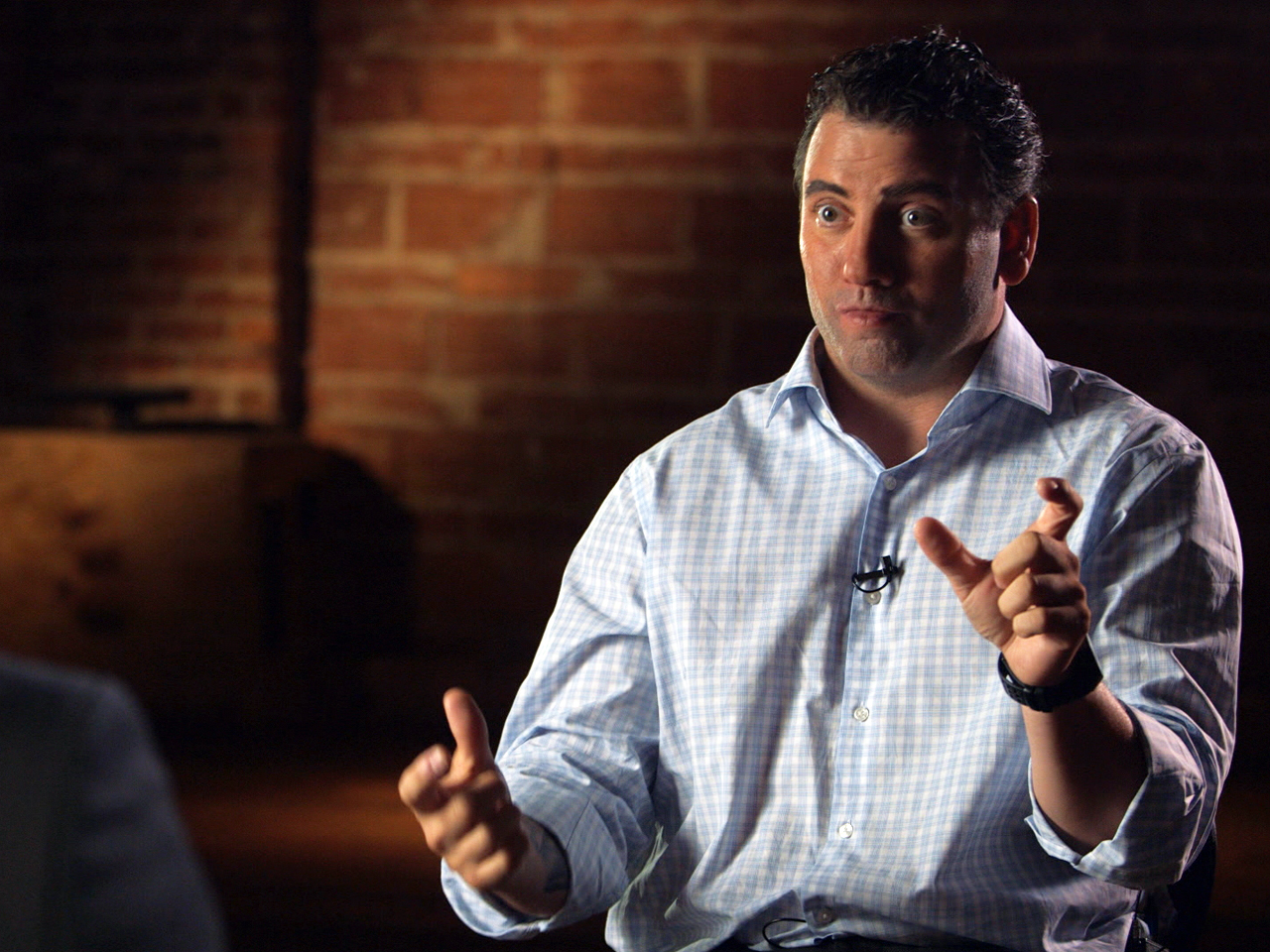 In May, 2011, 24 men from SEAL Team Six raided the home of bin Laden in Abbottabad, Pakistan. None of those men has spoken publicly about the mission until now.

The Seal who spoke to CBS News has written a book and has done his only interview for "60 Minutes."

He calls himself Mark Owen. That's not his real name. He is disguised in CBS News video and we are keeping his name confidential for his own safety.

Owen was on the helicopter that crashed in bin Laden's compound. He was the second man in the room when bin Laden was shot, and he took the photographs of the body that were never released.

In the interview segment, below, Owen describes following another SEAL into the Abattobad compound and the moments leading up to shooting and killing bin Laden's. Watch the full interview at "60 Minutes."

Owen: He sees the head pop out and disappear really quick around the corner. He's like, "OK, you know, what-- who is it? What do you think?" "Yeah, I don't know." He literally whispers, not amped up, not yelling, not anything. He whispers, "Hey, Khalid. Khalid." He whispers Khalid's name. Doesn't know if it's Khalid or not. Khalid literally looks back around the edge of the hall. And he shoots him.

Pelley: Khalid is dead on this landing. The point man is stepping past Khalid. And now, you're number two in the stack. You're right behind the point man?

Owen: Yep. I'm kinda trying to look around him. Hear him take a couple shots. Kind of see a head -- somebody disappear back into the room.

Pelley: The point man had seen someone stick his head out a door and shot him just the way he'd shot Khalid.

Pelley: What did you do then?

Owen: Inside the room, I could see a body laying on the ground. Over him was two females, real close to the door. They looked up and saw the point man. He steps into the room, literally rushes the two women, grabs one under each arm, and pushes them back against the far wall. So if they did have a suicide vest on, and they did blow themselves up, that they wouldn' t-- that wouldn't affect the rest of the guys.

Pelley: But it would have killed him?

Pelley: You stepped into the room and saw the man lying on the floor? What did you do?

Owen: Myself and the next assaulter in, we both engaged him several more times and then rolled off and then continued clearing the room.

Pelley: When you say you engaged him, what do you mean?

Pelley: You shot him?

Pelley: So, after Osama bin Laden is wounded, he's still moving. You shot him twice?

Owen: A handful of times