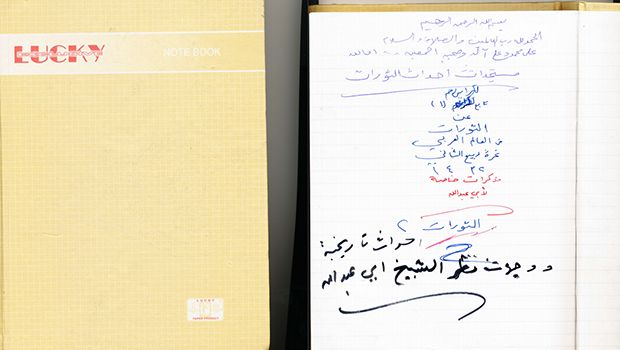 The CIA released a new batch of files seized during the May 2011 raid on Osama bin Laden's compound, revealing new details about the al Qaeda leader's activities behind the high walls surrounding the house in Abbottabad, Pakistan, and how he directed the terror group.

The massive amount of new material -- nearly 470,000 items totaling 321 gigabytes of data -- includes audio, video and text files found on devices recovered from bin Laden's compound, where he lived with his wife and children along with two couriers and their families. The CIA also released what it says is bin Laden's 228-page personal journal, written by hand in Arabic.

The al Qaeda leader was killed in the May 2011 raid by U.S. Navy SEALs after nearly 10 years in hiding following the 9/11 attacks. Bin Laden narrowly escaped from Afghanistan over the border into Pakistan as U.S. and allied Afghan forces pursued him in the mountains of Tora Bora in December 2001.

The CIA's release of files and documents comes after three previous releases of material by the Office of the Director of National Intelligence over the course of the last three years.

"Today's release of recovered [al Qaeda] letters, videos, audio files and other materials provides the opportunity for the American people to gain further insights into the plans and workings of this terrorist organization," CIA Director Michael Pompeo said in a statement.

The release includes 18,000 document files, 79,000 audio and image files and more than 10,000 videos, including footage of bin Laden rehearsing speeches and what the CIA describes as al Qaeda "home movies" of bin Laden's son Hamza.

Hamza bin Laden has been a mysterious figure since al Qaeda began releasing audio messages from him in 2015, according to Long War Journal. The files found in his father's compound include footage from the younger bin Laden's wedding -- the first images of the young man to be made public. Footage from the wedding also shows other high-level Qaeda leaders in attendance.

The files also include more light-hearted fare: Hollywood films, cartoons and documentaries about bin Laden himself. "Antz," "Cars," "The Three Musketeers" and "Where in the World is Osama bin Laden" were among the movies found on devices at the compound.