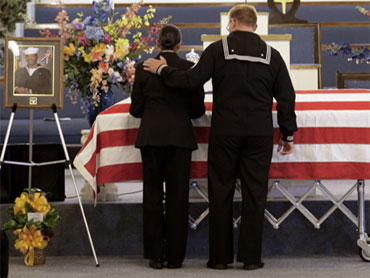 SAN DIEGO (CBS/AP) The U.S. Navy says a seaman has been charged in military court with murder and other offenses in the shooting death of a gay sailor near California's Camp Pendleton.

Provost's family believes the shooting may have been a hate crime. The family says Provost complained of being harassed about his sexuality in the days before his death.

Provost was shot multiple times as he stood guard at the Camp Pendleton Marine Corps Base near San Diego. The family was told that Provost was shot three times, had his hands and feet bound, his mouth gagged, and body burned. 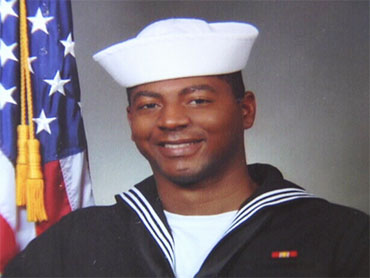 Democratic Rep. Bob Filner of San Diego said he wants a Defense Department investigation into the death after leaders of his city's gay community asked him to intervene.

Provost's aunt, Rose Roy, said her nephew had complained a year before about being harassed for being gay. Roy said she advised him to report and document the incidents, but she said the military did little to help. Now she's angry because she believes the Navy is not telling the family the entire truth.

"He went to the Navy to serve and protect," she said in an interview with CBS Affiliate KFDM-TV Beaumont. "He didn't get protected at all. To have someone hate, that kind of hate and treat him like he was garbage, and basically that's the way we feel. The military didn't step up to the plate as he stepped up to protect his country and serve."

Roy told The Associated Press that the military's "Don't Ask, Don't Tell" policy discouraged her nephew from asking for help.

Navy officials have rejected those claims and say there is no record of Provost filing a harassment report.

They say Campos, a 32-year-old gas system technician, is being held at the brig and is cooperating with investigators.

The victim, Provost, was a boatswain mate seaman who worked on hovercrafts. A Navy spokesman earlier this month described him as a rising star in the Navy.

PREVIOUSLY ON CRIMESIDER
July 7, 2009 - Was Navy Sailor Killed For Being Gay?