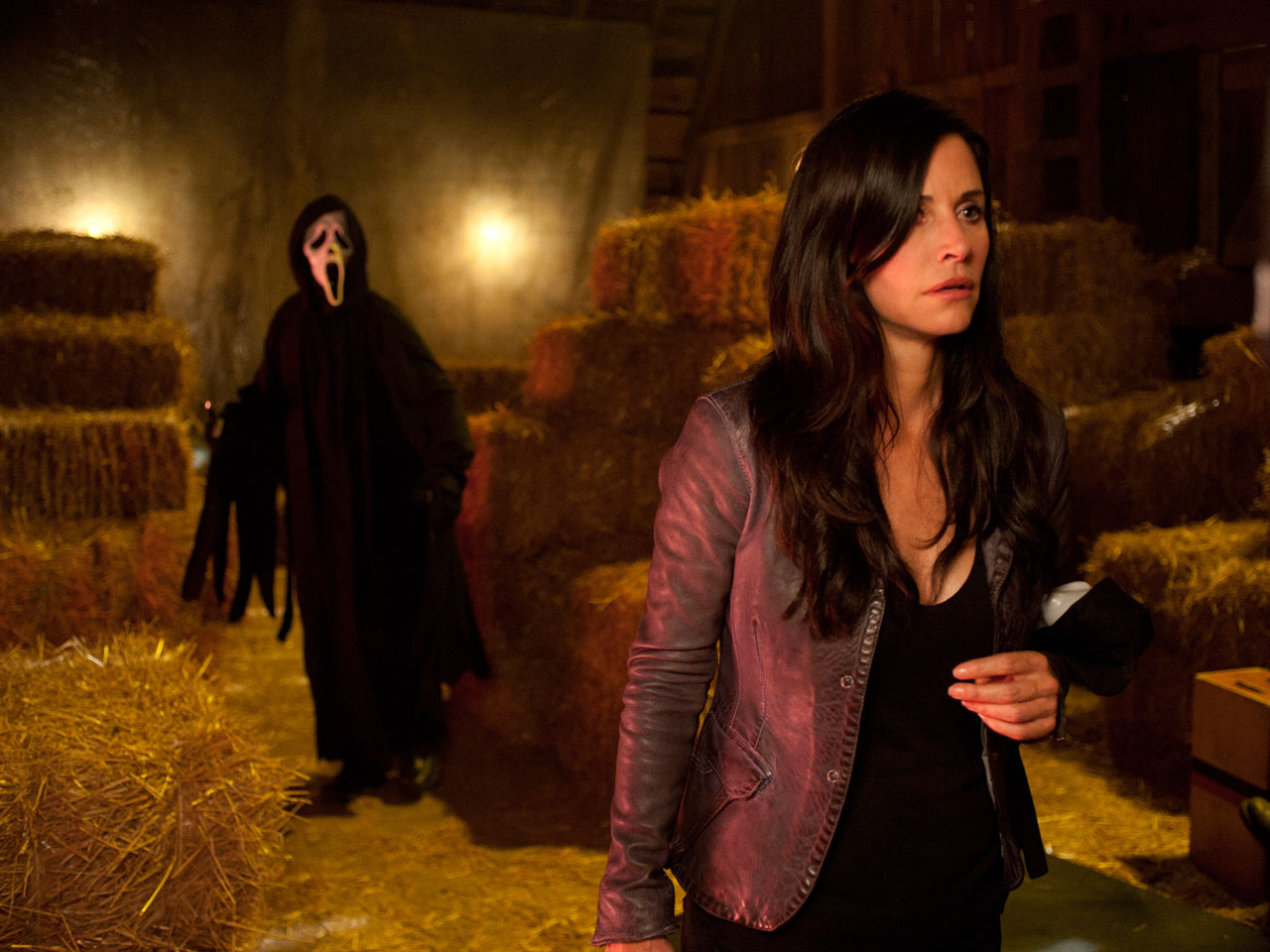 (CBS) Neve Campbell, Courteney Cox and David Arquette are heading back to Woodsboro for the fourth installment in the "Scream" franchise, which slashes its way into theaters on Friday.

In the film, which picks up a decade after "Scream 3," Sidney Prescott (Campbell) writes a self-help book based on her struggles, and the book tour brings her back to her hometown, where another series of slayings begins.

The three regulars will be joined by some new actors, including Rory Culkin, Emma Roberts and Hayden Panettiere.

But not all of the film's drama was on-screen - there was also some controversy over the script. Screenwriter Kevin Williamson (Who wrote "Scream" and "Scream 2") and Dimension Films co-chair Bob Weinstein bumped heads over the script, according to reports, and "Scream 3" writer Ehren Kruger was brought on to complete the necessary rewrites.

According to Entertainment Weekly, Weinstein and Williamson have not spoken since, and Williamson had not seen the final film as of the time he was interviewed for the magazine. Both men insisted there is no bad blood between them.

And, as everyone knows, Arquette and Cox, who met and fell in love while making the "Scream" films, went through a rough patch when the fourth installment was being made. They announced in October that they had separated.

Others on set said the pair was able to keep personal problems under wraps during the shoot.

"I was absolutely clueless, and I spent a lot of time around them," Panettiere told EW. "It never crept into work or made anyone uncomfortable."

Director Wes Craven added, "The only thing that was off was when he finished his shooting, he didn't go home. Then we started to wonder what was going on."

Arquette, 39, told Ryan Seacrest on his KISS-FM radio show Monday morning that his relationship now with Cox, 44, is "better than ever," but confirmed that the pair are still separated.

So, will you head to the movies for "Scream 4"? Vote in our poll and tell us in the comments if you'll be seeing the film or plan on skipping it.