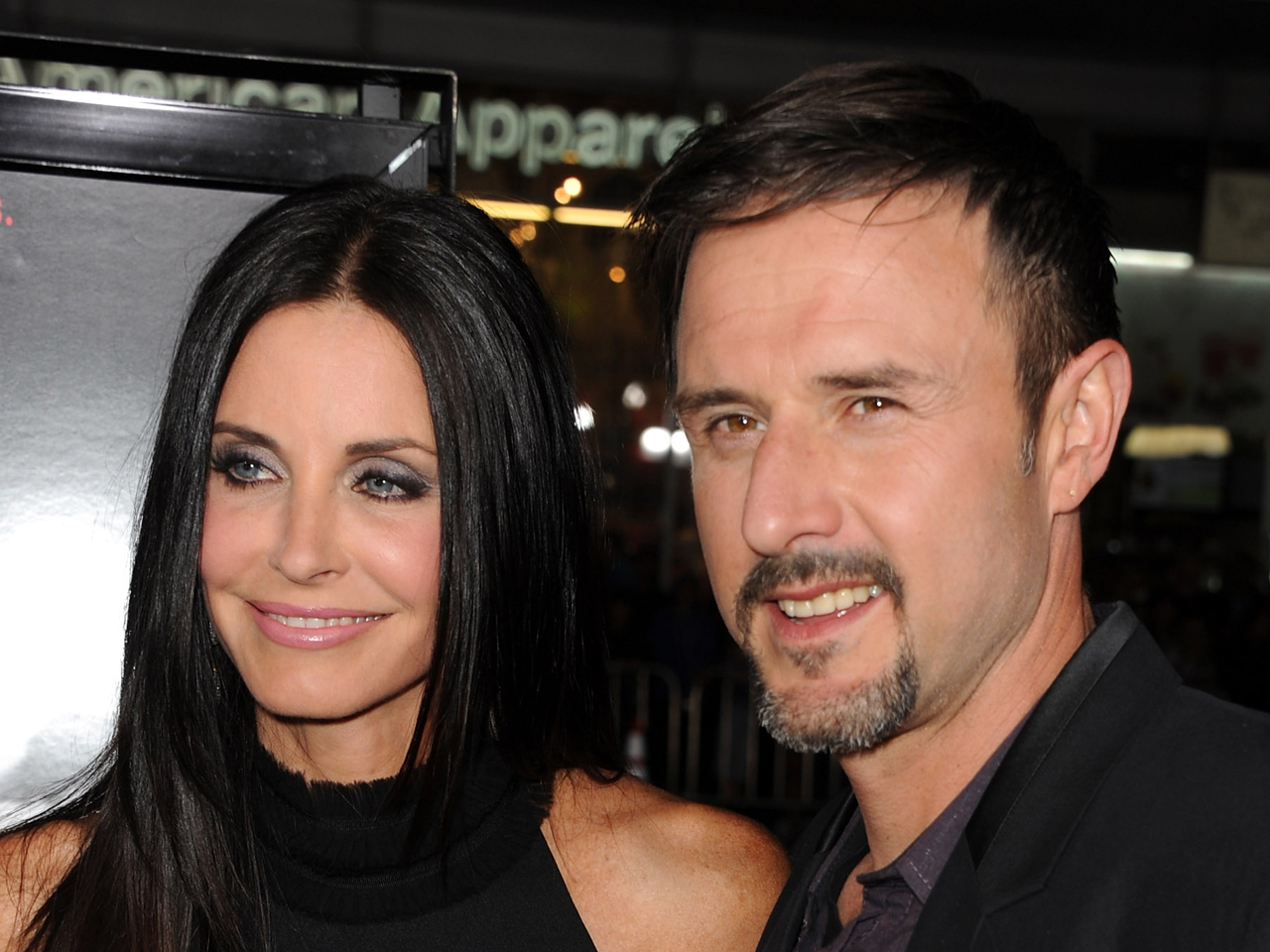 (CBS) - Courteney Cox and David Arquette set aside their marital woes and were all smiles when they reunited on the red carpet at the "Scream 4" premiere on Monday night in Los Angeles.

The estranged couple, who both star in the Wes Craven thriller, shared a hug and posed happily together before the cameras.

Arquette, 39, told Ryan Seacrest on his KISS-FM radio show Monday morning that his relationship now with Cox, 44, is "better than ever."

He also said that there were initial  "talks of a separation" when they shot the movie last summer.

"We both took a moment to look at our relationship and if we were happy and what was going on. It was time for us to ask some question," he said. "And for me I used it in a bad way to act out and shake my world up - because I was heartbroken."

While on the red carpet, Arquette revealed to Access Hollywood that he has been sober for more  than 100 days.

"I'm doing what I need to, everything I can to stay sober and just sort of be true to myself and authenticate myself," he said.

The two, whohave a six-year-old daughter named Coco, met while filming the first "Scream" film in 1996. They announced their separation last October after 11 years of marriage.