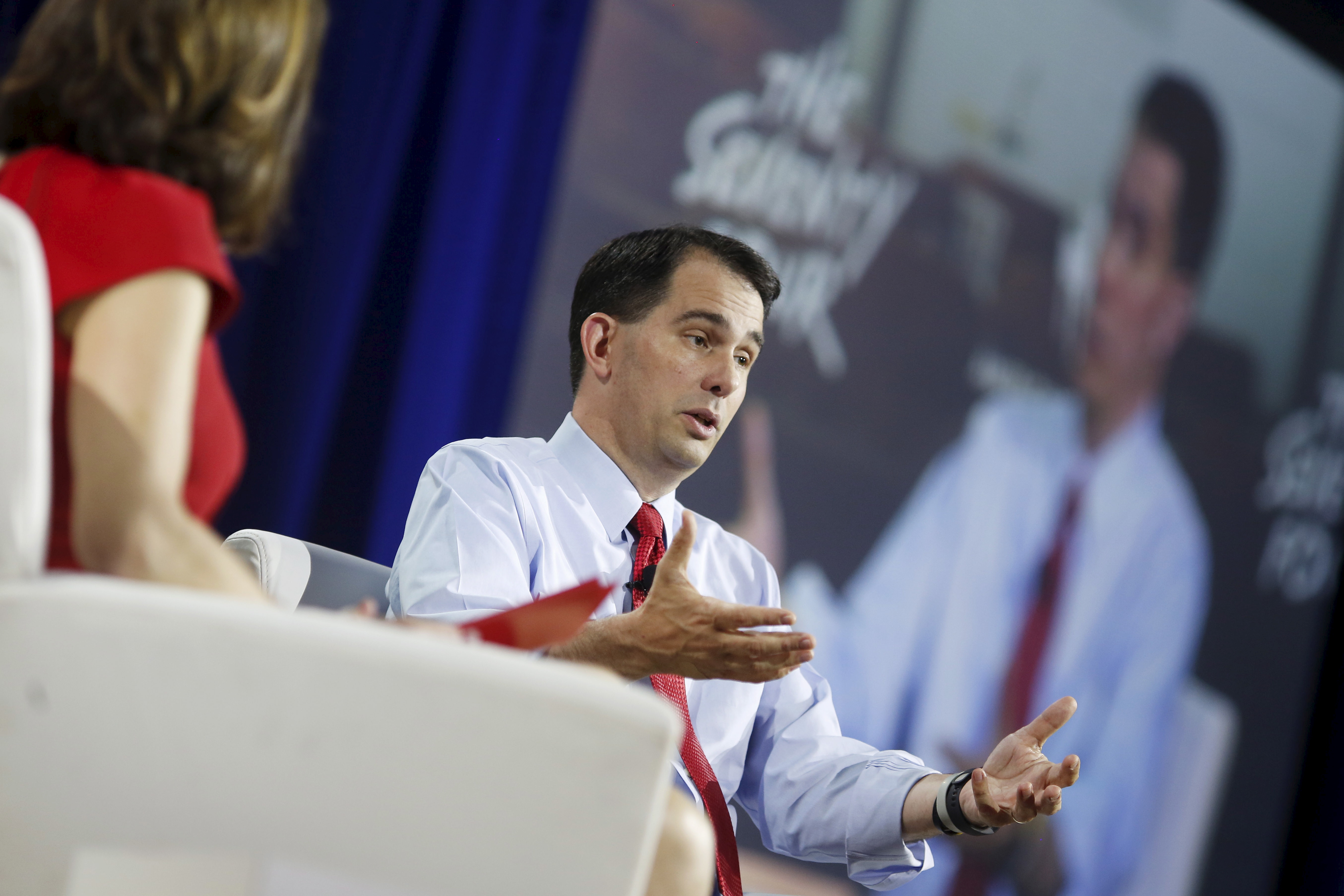 BARRINGTON, New Hampshire -- Feeling a sense of "urgency" - and witnessing the surge of Donald Trump - Wisconsin Gov. Scott Walker says he's more willing to take on his own party and to draw clear distinctions between himself and the rest of the Republican presidential field.

"I think before I was trying to be respectful of other candidates," Walker told reporters after a town hall meeting Wednesday in the first primary state. "I feel a sense of urgency, (people) want to see it, they want to feel it, and so we've started to articulate that."

Walker faced criticism for lacking passion in his first GOP debate performance earlier this month. But he's begun to show more spark in Iowa and New Hampshire this week, confronting protesters at the Iowa State Fair and criticizing Republicans in Congress for failing to repeal the president's health care law as he rolled out his own replacement plan. At multiple events in New Hampshire on Wednesday he reminded crowds of his fights with Wisconsin's unions and his survival of a 2012 recall election.

His new energy comes in the wake of success by Trump and other candidates who are tapping into anger among GOP voters about current office holders. Walker wants voters to know he can take the fight to his fellow Republicans.

"A lot of people don't know that I took on, before anything else, the establishment of my own party," he told reporters. "There are a lot of folks in our state legislature who didn't want to tackle the kind of big, bold reforms we pushed - we had to take them on first before we ultimately took on the unions and special interests in Washington."

Several of Walker's rivals haven't been afraid to turn the tables.

Kentucky Sen. Rand Paul called Walker a "career politician" who is part of the problem.

"Has he ever had a job outside of politics? He was running for office when he was in college. I'm not going to be lectured by a career politician, that's for sure," Paul said while visiting Haiti this week.

Louisiana Gov. Bobby Jindal expressed skepticism about Walker's health care plan, which shifts some power to the states to operate Medicaid and includes refundable tax credits tied to age rather than income. Jindal said the plan creates another entitlement program.

"If we as Republicans don't stand for limited government and for shrinking the size of government, then we are done as a country," Jindal told reporters following an education summit that both he and Walker attended.

Walker defended the plan and brushed off Jindal's calls for the two to have a debate on health care policy.

"If he's at the next debate, I'll certainly debate it along with every other candidate out there," Walker said.