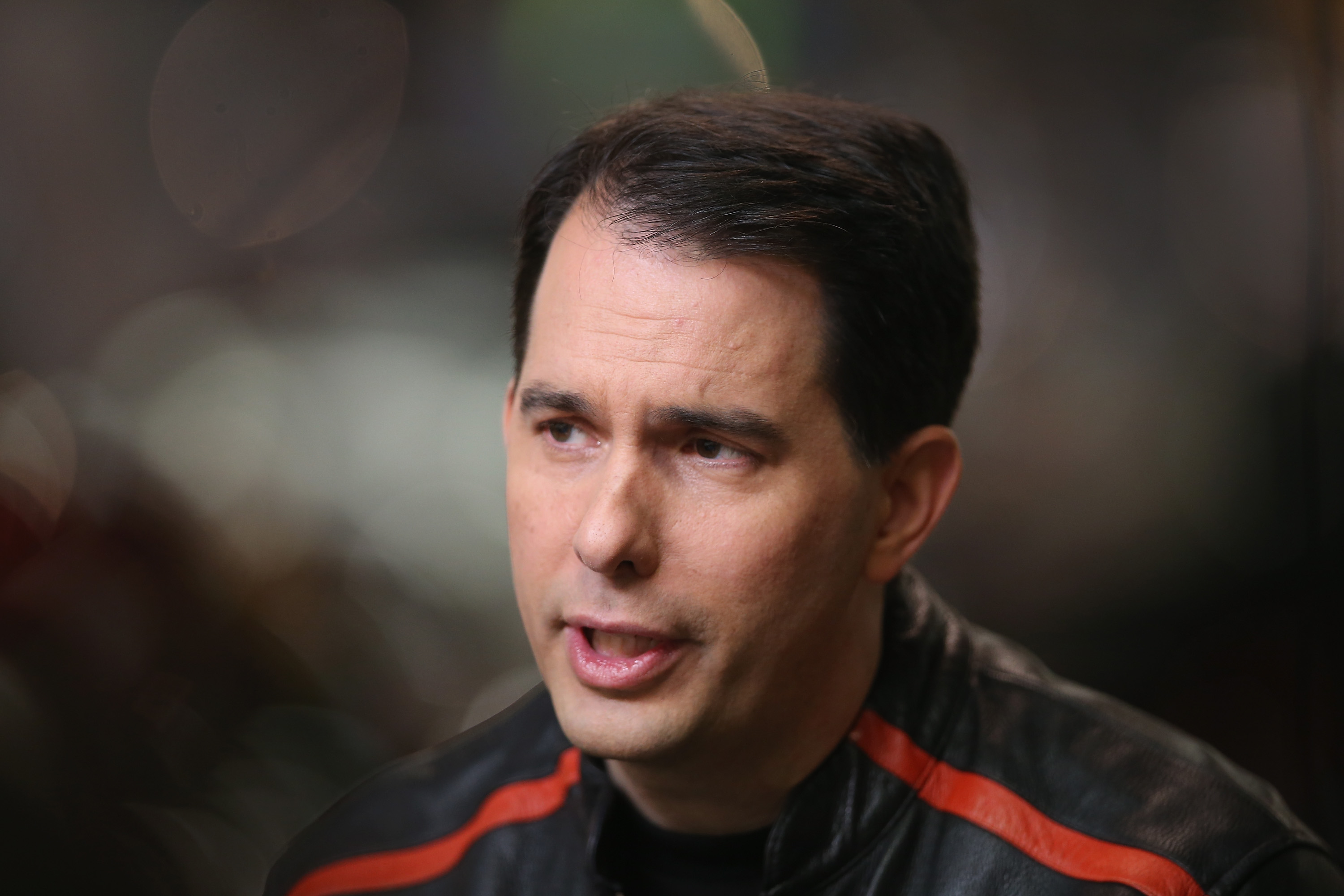 Potential Republican presidential candidate and Wisconsin Gov. Scott Walker knocked Hillary Clinton for being "firmly out of touch" on the issue of voting rights just days after the former secretary of state announced her proposals championing minority access to voting.

"In our state we have a photo ID requirement that would make it easy to vote and hard to cheat," Walker told reporters Saturday at Iowa Sen. Joni Ernst's Roast and Ride event. "And I think that's a good example where her statements of late show that she's firmly out of touch with I think where mainstream America is."

When asked by a reporter about universal voter registration for the state of Wisconsin, Walker shrugged and shook his head, pointing instead to Wisconsin's turnout records.

"From our standpoint, we think we've got one of the most effective systems right now where we have one of the highest levels of voter participation," Walker said. "We've got a pretty good system."

In a speech Thursday calling on Congress to restore portions of the Voting Rights Act, Clinton singled out the Wisconsin governor for cutting back early voting and signing legislation that would make it more difficult for college students to vote.

"Today, Republicans are systematically and deliberately trying to stop millions of American citizens from voting," Clinton said Thursday at Texas Southern University in Houston, a historically black college. "What part of democracy are they afraid of?"

"We have a responsibility to say clearly and directly what's really going on," Clinton said. "What is happening is a sweeping effort to disempower and disenfranchise people of color, poor people and young people from one end of our country to the other."

When Walker was asked Saturday about the changes his administration had done in Wisconsin, he said the reforms were "just common sense."

"I can pull out my driver's license right here," Walker said, drawing out the ID card. "Again, we make it available for people to get a driver's license or a state-issued ID card. I think most Americans regardless of party overwhelmingly think that's a common sense reform."

Other possible 2016 Republican hopefuls have fired back at Clinton's charges on voting rights.

Christie told CBS' "Face the Nation" this week that the former secretary of state "doesn't know what she's talking about" on voter fraud.

"In New Jersey, we have early voting that are available to people," the Republican governor said. "I don't want to expand it and increase the opportunities for fraud. And maybe that's what Mrs. Clinton wants to do. I don't know. But the fact is that the folks in New Jersey have plenty of an opportunity to vote."