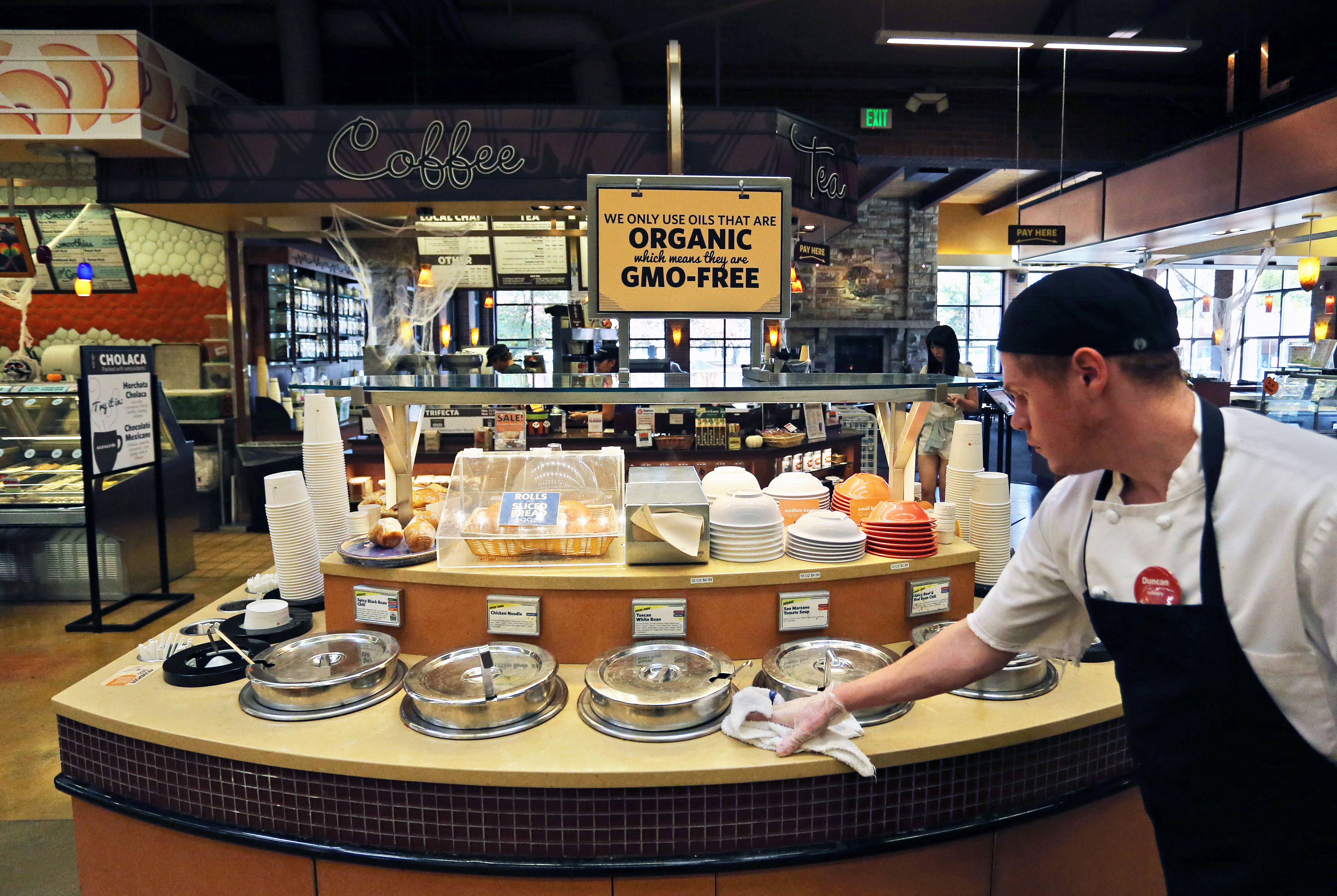 It seems genetically modified organisms are everywhere, turning up in our food, beauty products and even laundry detergent.

Yet even as they become increasingly common, they remain highly controversial, partly over fears the organisms could easily escape and contaminate the environment, spreading their modified DNA in non-modified populations.

Now, two papers in Nature describe how researchers have devised a technique to ensure that GMOs could be safely contained.

The researchers, Harvard's George Church and one of his former pos-docs, Farren Isaacs, now at Yale, achieved this long-sought feat by rewriting the DNA of a strain of GMO E. coli bacteria, which is used for many industrial purposes, such as in production of sealants, adhesives and perfume.

They redesigned the bacterium (now called a genetically recoded organism, or GRO) so that it requires the presence of a synthetic amino acid -- a building block of protein -- to live. In the wild, where this lab-conjured amino acid doesn't exist, it would starve, unable to spread its modified genetic material.

"This is a significant improvement over existing biocontainment approaches for genetically modified organisms," Isaacs said. "This work establishes important safeguards for organisms in agricultural settings, and more broadly, for their use in environmental bioremediation and even in medical therapies."

Church said the other advantage to their organism is its multi-virus resistance, which was achieved by manipulating its genetic code so that "any incoming virus is confused."

He changed one of the E. coli's 64 codons, messing up the virus's protein-making map, so that "they don't stop at the normal places. You can think of it as taking out all the stop signs in a city. It keeps going and makes junk. What would have been viral proteins are deranged, disordered and don't do their function."

Church said the new approach should be attractive to the biotech industry, since it offers a "powerful mixture" of containment and protection from potential a whole host of viruses. The multi-virus resistance is especially beneficial in industries like biopharmaceuticals, high-value chemicals and dairy products where contamination from outside viruses can shut down factories.

The breakthrough comes at a time of enormous growth for the biotech sector. According to the United States Department of Agriculture, the value of GMOs alone has gone from $2.3 billion in 1999 to $76 billion in 2010.

But despite its growth, the industry has struggled to escape the perception that GMOs are spreading in the natural world. Some of the biggest complaints come from farmers, who have sued Syngenta over allegations its genetically modified corn has contaminated the U.S. corn supply.

The industry insisted its standards and current federal regulations already ensure that GMOs are safely contained. But it welcomed this technique for developing GROs as a "powerful new tool."

"They demonstrate the power of applying synthetic biology to industrial applications for producing chemicals and other consumer products," Paul Winter, the director of communications for the BioTechnology Industry Association, told CBS News.

"We don't want people to have the false impression that these microbes aren't already contained or regulated," he continued. "This new method is more efficient and obviously represents a powerful new tool."

"The unintentional escape of GMOs into the environment and ecosystem is a potentially serious event," Monastersky told CBS News. "The current methods for preventing the proliferation of escaped GMOs are subject to compromise by genetic recombination and metabolite scavenging in the environment outside the lab."

Church said their technique could eventually be applied to plants but would pose "a challenge," mostly of scale. Plants contain at least six times more genes and 10 times more codons than E. coli.

But even if it could be applied, it is doubtful that would be enough silence the opposition to GMOs which often is focused on labeling and transparency.

"Opponents to the use of genetic engineering of food crops and animals -- for any purpose -- generally oppose the creation and existence of GMOs," Monastersky said. "The current studies certainly would reduce the chances of environmental spread and genetic contamination of the ecosystem, but probably wouldn't significantly reduce the opposition to GMOs."