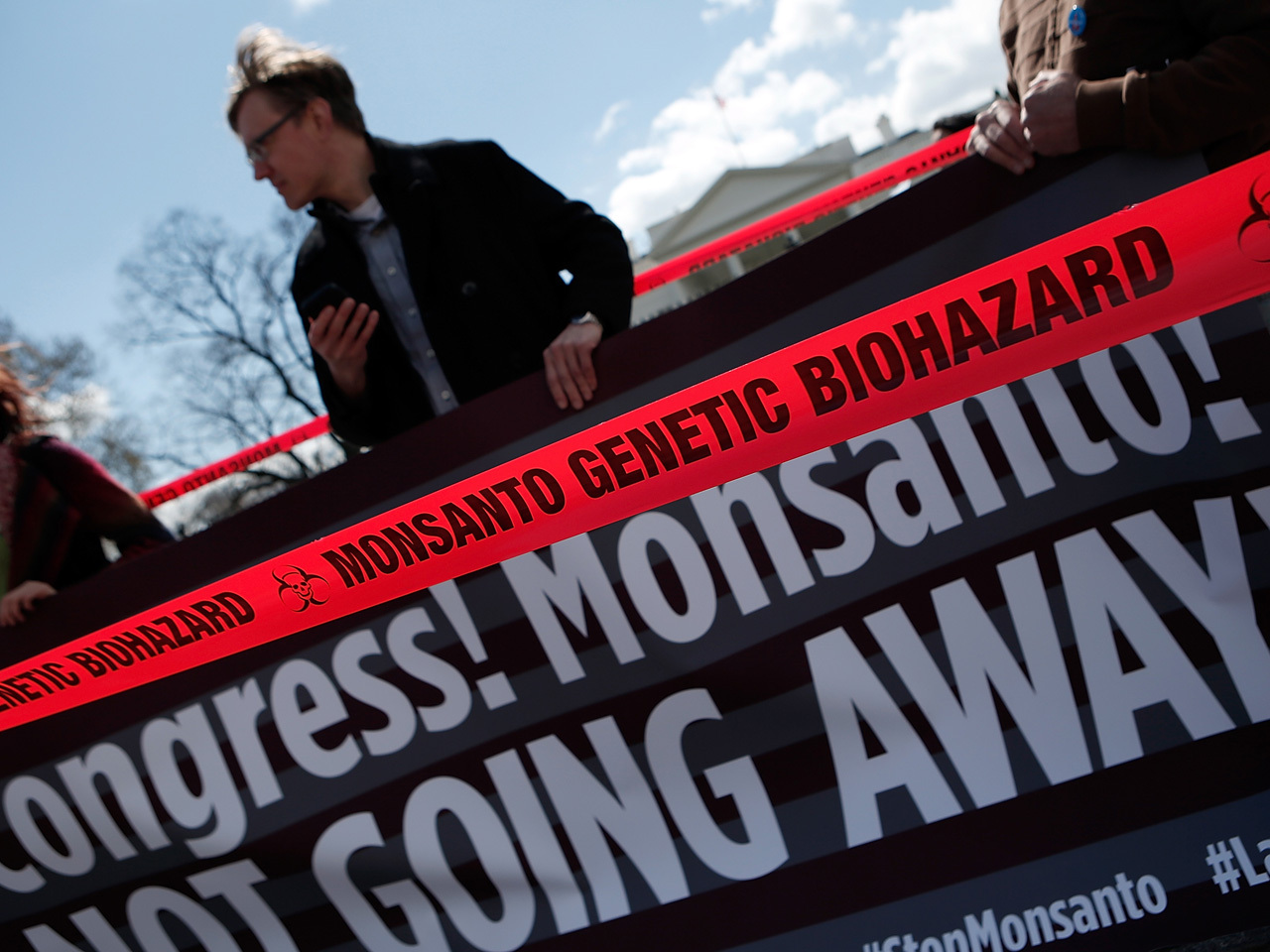 The federal civil lawsuit, filed Monday by Ernest Barnes, who farms 1,000 acres near Elkhart in southwest Kansas, seeks unspecified damages to be determined at trial.

U.S. Agriculture Department officials said last Wednesday that the modified wheat was the same strain as one designed by Monsanto to be herbicide-resistant that was tested in Oregon and several other states through 2005 but never approved. The USDA has said the Oregon wheat is safe to eat and there is no evidence that modified wheat entered the marketplace.

It's believed to be the first lawsuit stemming from the discovery. Similar lawsuits are in the works, Barnes' attorney said, and the cases will likely be consolidated for the purposes of discovery, a process where evidence is investigated and shared among parties.

No genetically engineered wheat has been approved for U.S. farming. Many countries will not accept imports of genetically modified foods, and the United States exports about half of its wheat crop. Since the announcement, Japan one of the largest export markets for U.S. wheat growers suspended some imports. South Korea said it would increase its inspections of U.S. wheat imports.

Barnes referred all calls to his attorneys. One of them, Warren Burns, said that the scope of the damage is potentially in the hundreds of millions of dollars. He said the lawsuit seeks to make sure their client is compensated for his losses.

"These types of suits serve the purpose of helping police the agricultural system we have in place and make sure farmers are protected," Burns said in a phone interview Tuesday from Dallas.

In a written statement Tuesday, St. Louis-based Monsanto said the report of a few volunteer plants in one Oregon field is the ostensible basis for the lawsuit.

"Tractor-chasing lawyers have prematurely filed suit without any evidence of fault and in advance of the crop's harvest,'' said David Snively, Monsanto executive vice president and general counsel.

The company said its process for closing out its original wheat development program was rigorous, government-directed, well documented and audited. It noted wheat seed, on average, is viable for only one or two years in the soil.

Monsanto also contended that, given the care undertaken to prevent contamination, no legal liability exists and it will present a vigorous defense.

The modified wheat was discovered when field workers at an eastern Oregon wheat farm were clearing acres and came across a patch of wheat that didn't belong. The workers sprayed it, but the wheat wouldn't die. It was then sent to a university lab in early May.

Tests at Oregon State University confirmed that the plants were a strain developed by Monsanto to resist its Roundup Ready herbicides that were tested between 1998 and 2005. At the time, Monsanto had applied to the USDA for permission to develop the engineered wheat, but the company later withdrew that.

Burns said the case "looks and smells" like the litigation that arose from the contamination of the U.S. rice crop from genetically modified rice. Bayer CropScience, a German conglomerate, announced in 2011 that it would pay up to $750 million to settle claims, including those from farmers who say they had to plant different crops and made less money from them.

Burns anticipated Barnes' lawsuit would remain in U.S. District Court in Kansas because "a tremendous amount of harm has fallen on Kansas and Kansas farms." It has been assigned to U.S. District Judge Monti Belot in Wichita.

Burns said lawyers see a challenge that affects farmers' ability to make a living and may deny them both the markets and the ability to sell their wheat.

"We view it as very important to maintaining farmers and maintaining the way of life they lead, which is very important not only to this country but countries around the world to which we export," he said. "It is hard to underestimate the importance of the American wheat crop in sustaining people around the globe."