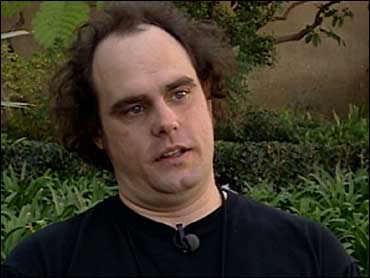 "Don't screw me over here, all right? You're here to make me look good," Green said to his students, smiling.

The kids all go to Green's 10-year-old School of Rock Music, an after-school program with 45 branches nationwide and thousands of graduates. Green is said to be the model for actor Jack Black in the movie "School of Rock."

He's all rock 'n' roll. And for these kids, the school is cool.

"I love to play guitar and it's my thing," said Max Bowman.

"We're teaching kids music they want to love that the parents grew up on," Green said. "And then we put the kids on stage playing the music that their parents probably fell in love to."

Forty years ago, classic rock was a chick magnet - and it apparently still is.

"I was in the fifth grade," Sam said. "And a girl told me she liked guitar. I got a guitar."

Green doesn't teach them just how to rock out. During school breaks, he takes them out on the road, for the full-on rock-star experience.

"You never know how good you are until you're actually, using the metaphor, 'on the field,"' Green said."Or in this case, 'on the stage.'"

It may be every teenagers dream: to grow up and be a rock star. But what does that really mean these days?

"Thanks to my job, I know a lot of rock stars, and it's amazing how few of them are set for life," Green said.

So learning rock and roll might never make them a living, but it's helping them live through their teens.

"So any anger and tensions I would normally have I would just release it through music," said Zach Smith, a bassist and vocalist.

"It took me in immediately and gave me a place to hang out and a place to do what I love to do," said Emilia Richman, a vocalist.

"If all we did is provide some of the kids some of the best experiences of their lives, then we've done an amazing thing, and if a couple of them make it, even better," Green said.

Judging from their faces right now, they're all in rock heaven.