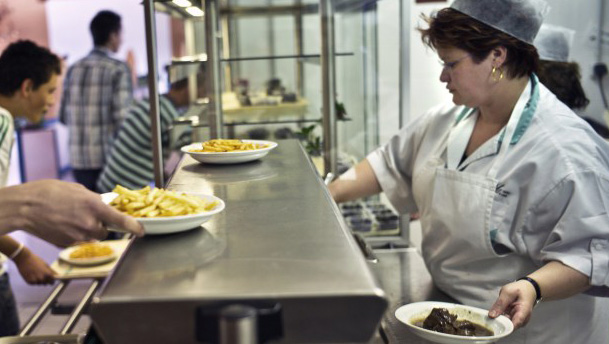 CONCORD, Calif. - Officials at a Northern California private school are apologizing after a lunch menu option to celebrate Black History Month angered some parents and students.

Students at Carondelet High School for Girls in Concord wanted to come up with ways to commemorate the occasion during a lunchtime celebration Friday. But when the school announced a menu of fried chicken, cornbread and watermelon on Monday, other students and parents became offended.

KNTV-TV reports that school officials held an assembly Wednesday to discuss the issue and also sent a letter apologizing to parents.

Principal Nancy Libby wrote that the items were taken off of the menu and that the school doesn't perpetrate racial stereotypes. Libby also wrote the school will hold a diversity assembly.

A school spokeswoman said Thursday that there was a communications breakdown and the menu was planned and publicized without administrative knowledge or permission.