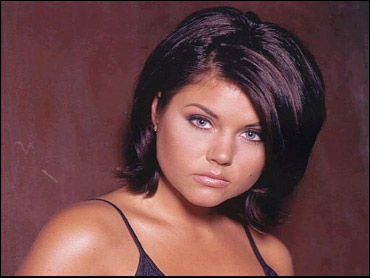 Tiffani Thiessen, who played Kelly Kaposki on "Saved by the Bell," wed actor Brady Smith over the weekend.

The marriage was confirmed Monday by Thiessen's publicist, Amy Van Iden. After becoming engaged earlier this year, the couple were married Saturday at a private estate in Montecito, Calif.

Thiessen, 31, and Smith, 33, were surrounded by friends and family for a daytime garden wedding, People magazine reported. It is the first marriage for both.

After Thiessen's breakthrough role in NBC's teenage sitcom, she graduated to Fox's "Beverly Hills, 90210," where she played starlet Valerie Malone. Thiessen dropped her given name, Tiffani-Amber, in 2000. She had a role in Woody Allen's 2002 film, "Hollywood Ending."

She was engaged to actor Richard Ruccolo for 1 1/2 years before splitting in spring 2003.