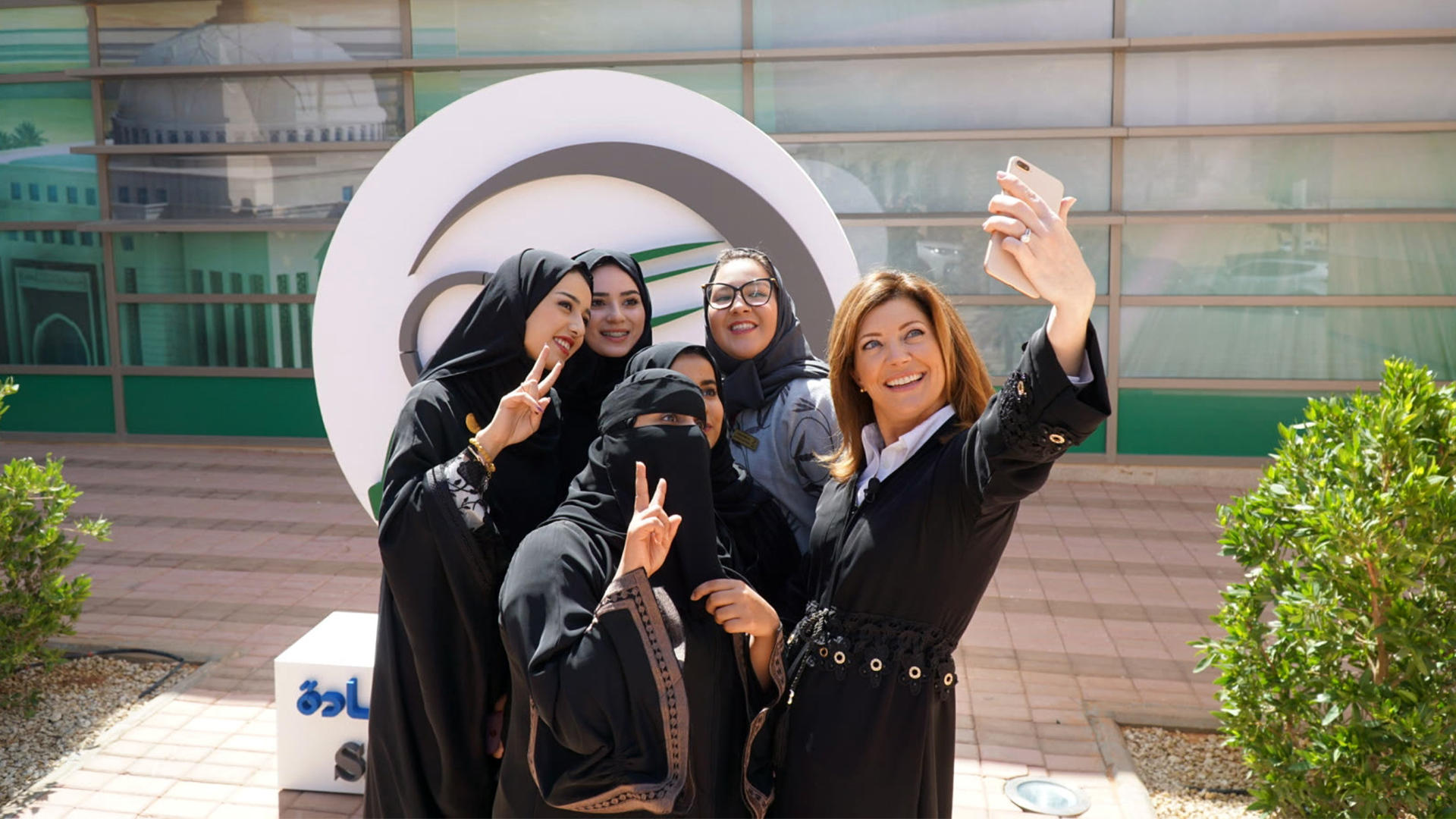 Saudi Crown Prince Mohammed bin Salman has become the most influential Arab leader of a generation. His father, King Salman, named him heir to the throne just nine months ago, a move that could shape the direction of Saudi Arabia -- and the Middle East -- for decades to come. And as Norah O'Donnell reports this week on 60 Minutes, Crown Prince Mohammed is already enacting changes that are rippling throughout Saudi society.

In a wide-ranging interview, O'Donnell asked the crown prince about the reforms he's bringing to Saudi society, including emancipating women. "Today, Saudi women still have not received their full rights," Crown Prince Mohammed said on the broadcast. "These are rights stipulated in Islam that they still don't have. We have come a very long way and have a short way to go."

Crown Prince Mohammed has curbed the powers of the country's so-called "religious police," who until recently, were able to arrest women for not covering their heads and bodies. In the interview, he was specific about what is Islamic law -- and what isn't.

"The laws are very clear and stipulated in the laws of Sharia: that women wear decent, respectful clothing, like men," Crown Prince Mohammed said. "This, however, does not particularly specify a black abaya or black head cover. The decision is entirely left for women to decide what type of decent and respectful attire she chooses to wear."

While reporting in Riyadh for a week, a 60 Minutes team that includes producers Graham Messick and Vanessa Fica witnessed first-hand the impact the crown prince's reforms are having -- and some of the growing pains of a changing society.

In an interview with 60 Minutes Overtime's Ann Silvio, producer Fica explained that the broadcast team was outside on a sidewalk, waiting for a restaurant to open, when a car pulled up next to them. A man from the Saudi religious police began shouting in Arabic through a megaphone, imploring Fica to cover her hair. Fica replied that she didn't have a head covering, and after some negotiating, the man drove away.

"We were surprised, but we're pretty read-in here, and the religious police have lost their ability to make arrests," Messick explained.

When O'Donnell relayed this story to Mohammed al Sheikh, one of the crown prince's closest advisers, he suggested that the incident shows how much the crown prince's reforms are impacting society. "See?" al Sheikh said. "About three years ago, you probably would have been arrested."

While in Riyadh, O'Donnell also didn't cover her hair, but she wore a long black abaya as a sign of respect. She said the crown prince sees issues like women's dress as a difference between religious and cultural influences.

"I think he's trying to teach people about Islam, and that's why he talked about bringing back to a more moderate Islam," O'Donnell said.

To appreciate how different Saudi society looks today, Messick said, watch the stories 60 Minutes reported from the country in years past. When Ed Bradley traveled to Saudi Arabia in 2005, the broadcast had to blur the faces of some women who spoke to him on camera because the women feared retribution.

It's a different place today, Messick said. "You will see a trendy, hip Saudi woman with her cell phone on Snapchat in groups, socializing, out on their own."

Cell phones play a large role in Saudi society, where 70 percent of the population is under the age of 35. Because the country hasn't had movie theaters in decades, smartphones have become a primary source of amusement -- and that entertainment is often American.

"They knew everything about American culture. I was shocked by that," Fica said. "They knew who Kim Kardashian's makeup artist was. They knew him by name. I don't even know that. They told me, 'We watch Seinfeld and we get all the references.'"

With a population of young people connected to the world through their cell phones and oil no longer a predictable source of revenue, Crown Prince Mohammed knows Saudi Arabia must change.