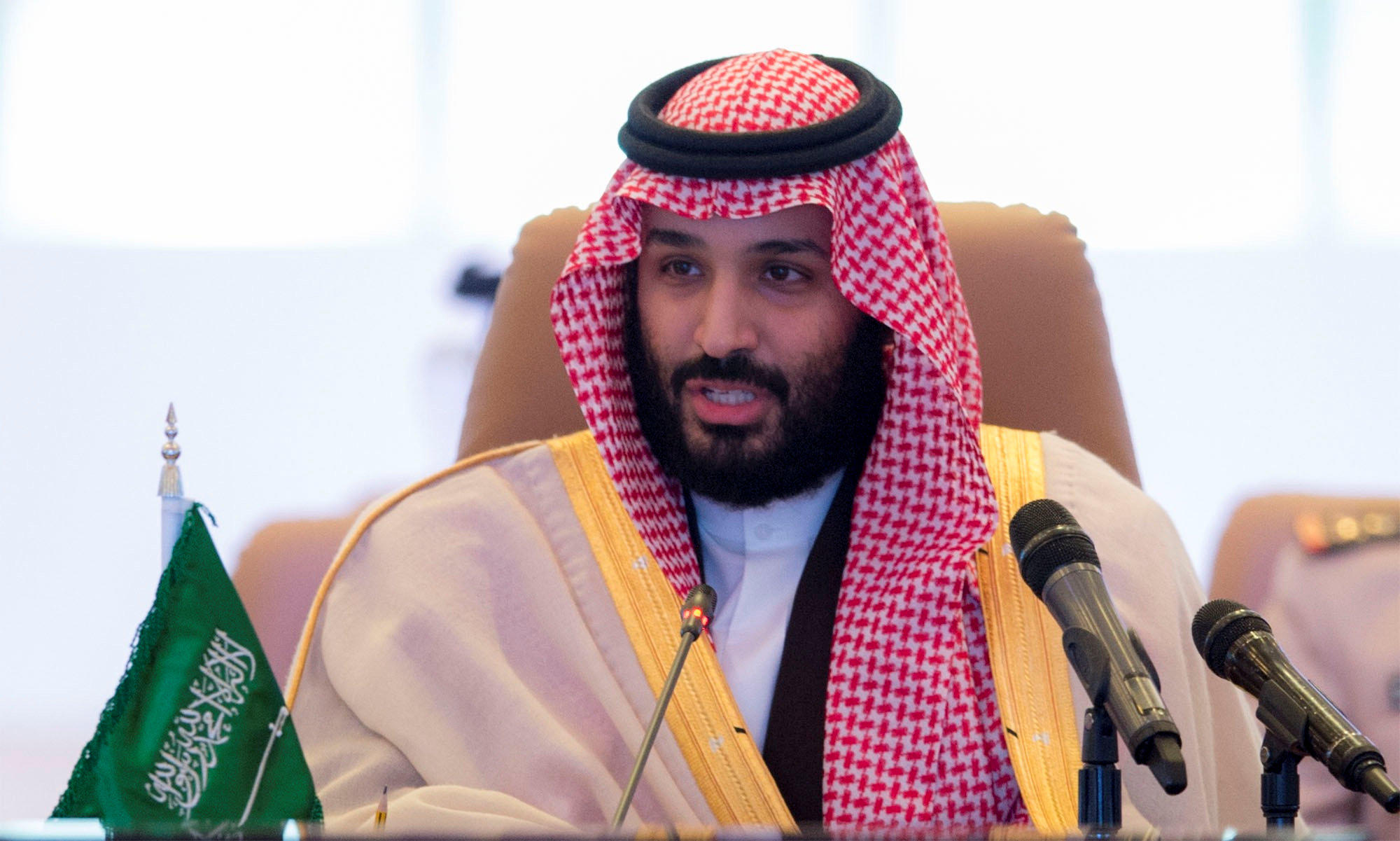 Mohammed bin Salman's words come as the Islamic State of Iraq and Syria (ISIS), which sparked the creation of the alliance, has been driven out of Iraq and lost its self-described capital in Syria.

However, the alliance doesn't include Iran, Iraq or Syria, while member nation Qatar sent no one to attend the one-day Riyadh gathering amid a diplomatic standoff between Doha and four Arab nations led by the kingdom.

Saudi Arabia announced the alliance in December 2015, when the crown prince was still only the kingdom's defense minister. Since then, his father King Salman has elevated the 32-year-old prince to be next in line for the throne in the oil-rich kingdom. The crown prince also recently put a number of wealthy princes, businessmen, military leaders and others under arrest over corruption allegations at various luxury hotels in Riyadh.

The alliance, initially announced with 34 nations, now includes 41, according the Saudi government. Addressing the defense ministers and other high-ranking officials, Crown Prince Mohammed said Sunday's meeting sends "a strong signal that we are going to work together and coordinate together to support each other."

The crown prince also offered his condolences to Egypt, which suffered an attack Friday by Islamic militants on a mosque in northern Sinai that killed 305 people.

"This is indeed a painful event and it is a recurrent and strong reminder the dangers of this terrorism," he said.

The meeting did not include Iran, which has aided embattled Syrian President Bashar Assad in his country's civil war and backed Shiite militias crucial in pushing ISIS out of Iraq. The Sunni kingdom is the Shiite power's archrival in the Mideast and remains concerned about its influence in the region after Tehran's 2015 nuclear deal with world powers. Saudi Arabia also leads a coalition of nations fighting in Yemen against Shiite rebels there who have Iran's backing.

Saudi Arabia also made a point to put Qatar, absent from the gathering, at the end of the list of 41 countries that belong to the anti-terrorism alliance.