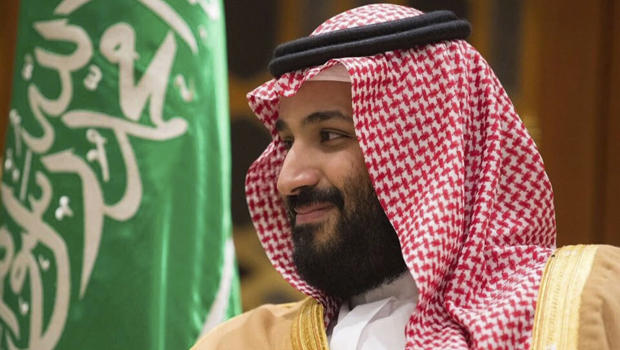 What's happening in Saudi Arabia is not a revolution -- some crimes are still punished with beheading, and women still need permission from a male relative to travel overseas. But things are changing here.

Authorities earlier this year lifted a ban on female drivers, and allowed women to into sports stadiums for the first time.

For example: Comic-Con has come to the ultra-conservative Islamic kingdom. Just last year, this celebration of comic book superheroes, with no gender segregation, would probably have been shut down by the country's religious police.

The man people say is behind this relaxing of restrictions is Crown Prince Mohammed bin Salman, the favorite son of Saudi Arabia's ruler, King Salman, and he wants to modernize the closed-off kingdom.

The Crown Prince is only 32 years old, and he isn't just the King's anointed successor; he's already enormously powerful in his own right.

Prince Mohammed has used that power to round up more than 200 members of the Saudi elite -- all accused of corruption -- locking them up in a luxury hotel in Riyadh.

Critics say the Crown Prince is removing his rivals and detractors. But ordinary Saudis seem delighted.

The Saudi Arabian royal family has long depended on the support of Islamic clerics to rule this country of around 30 million.

The big question now is whether these reforms will, sooner or later, spark a backlash from conservative Saudis.