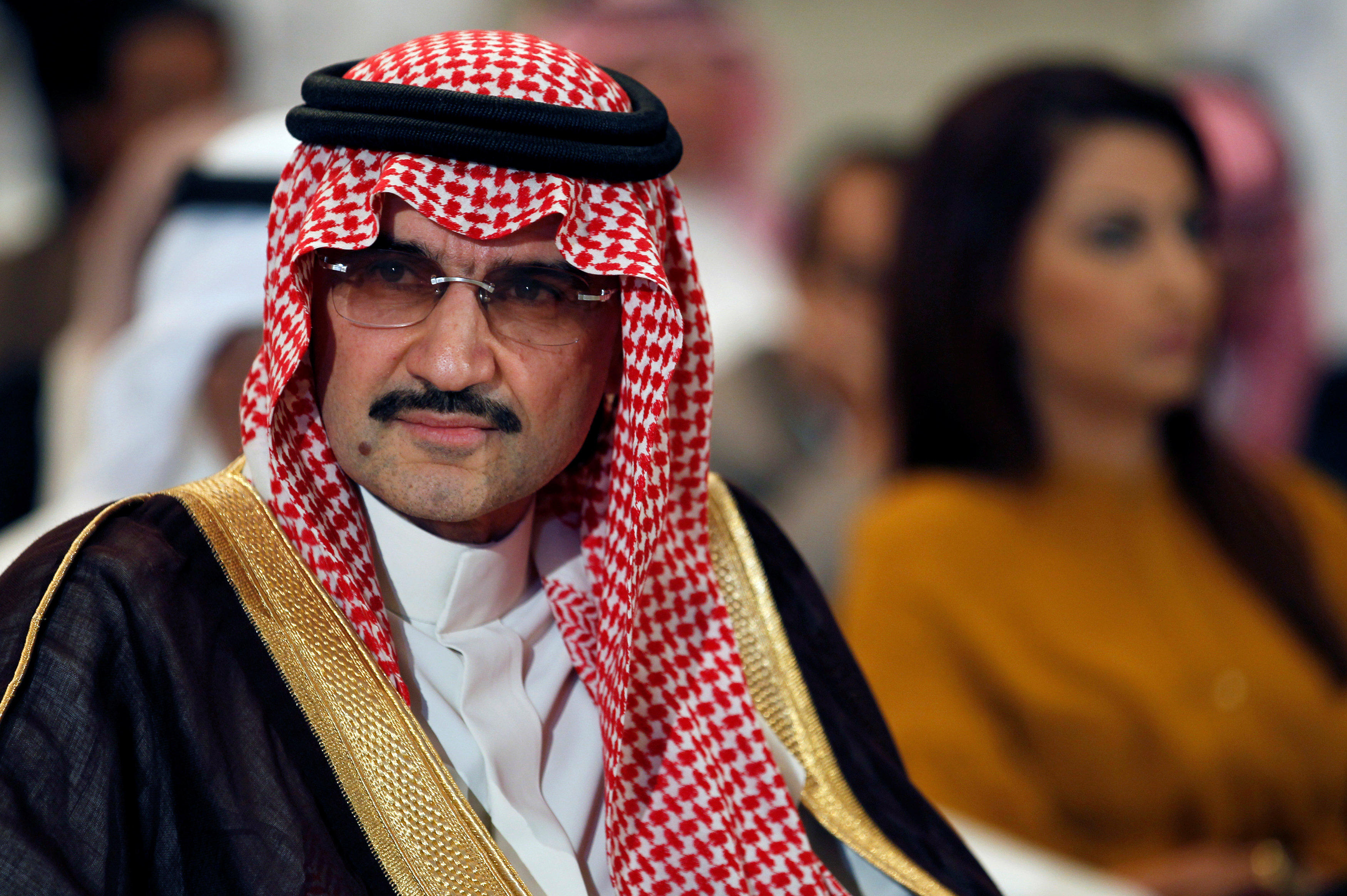 RIYADH, Saudi Arabia -- Saudi Arabia has arrested dozens of princes, senior military officers, businessmen and top officials, including a well-known royal billionaire with extensive holdings in Western companies, as part of a sweeping purported anti-corruption probe that further cements control in the hands of its young crown prince.

A high-level employee at Prince Alwaleed bin Talal's Kingdom Holding Co. told The Associated Press that the royal, who is one of the world's richest men, was among those detained overnight Saturday. The company's stock was down nearly 9 percent in trading Sunday on the Saudi stock exchange.

Reports suggested those detained were being held at the Ritz Carlton in Riyadh, which only days earlier hosted a major investment conference with global business titans from the U.S., Japan and other countries. A Saudi official told The Associated Press that other five-star hotels across the capital were also being used to hold some of those arrested.

The surprise arrests, which also reportedly include two of the late King Abdullah's sons, were hailed by pro-government media outlets as the greatest sign yet that Crown Prince Mohammed bin Salman is keeping his promise to reform the country, long been plagued by allegations of corruption at the highest levels of government.

Analysts have suggested the arrest of once-untouchable members of the royal family is the latest sign that the 32-year-old crown prince is moving to quash potential rivals or critics. The prince's swift rise to power has unnerved more experienced, elder members of the ruling Al Saud family, which has long ruled by consensus, though ultimate decision-making remains with the monarch.

The king named his son, the crown prince, as head of an anti-corruption committee established late Saturday, just hours before its arrest of top officials.

A Saudi government official with close ties to security says 11 princes and 38 others are being held. The official spoke to the AP on condition of anonymity because he was not authorized to speak to the press.

Marriott International said in a statement that it is currently evaluating the situation at the Ritz-Carlton in Riyadh. "As a matter of guest privacy, we do not discuss the guests or groups with whom we do business or may be visitors of the hotel," the statement added.

The scale of the arrests is unprecedented in Saudi Arabia, where senior royals and their business associates were seen as operating above the law. Saudi nationals have long complained of rampant corruption in government and of public funds being squandered or misused by people in power.

Shortly before the arrests, King Salman had ousted Prince Miteb bin Abdullah from his post as head of the National Guard. The prince is reportedly among those detained in the sweep, as is his brother, Prince Turki bin Abdullah, who was once governor of Riyadh. Both are sons of the late King Abdullah, who ruled before his half-brother King Salman.

Prince Miteb was once considered a contender for the throne.

Saudi Twitter accounts released several other names of those arrested, such as: Alwalid al-Ibrahim, a Saudi businessman with ties to the royal family who runs the Arabic satellite group MBC; Amr al-Dabbagh, the former head of the Saudi Arabian General Investment Authority; Ibrahim Assaf, the former finance minister; and Bakr Binladin, head of the Saudi Binladin Group, a major business conglomerate.

"The dismissals and detentions suggest that Prince Mohammed rather than forging alliances is extending his iron grip to the ruling family, the military, and the national guard to counter what appears to be more widespread opposition within the family as well as the military to his reforms and the Yemen war," James M. Dorsey, a Gulf specialist and senior fellow at Nanyang Technological University in Singapore, said an analysis of the shake-up.

Saudi Arabia said late Saturday it intercepted a ballistic missile fired from Yemen at Riyadh International Airport, on the outskirts of the capital. The crown prince, as defense minister, oversees the stalemated war against Yemen's Iranian-allied rebels.

The Finance Ministry said the anti-corruption probe "opens a new era of transparency and accountability," enhances confidence in the rule of law and improves the kingdom's investment climate.

It is not clear what Prince Alwaleed or others are being investigated for.

The Saudi-owned Al-Arabiya news channel said the anti-corruption probe was looking into the response to flooding in Jiddah that killed around 120 people in 2009 and devastated the city again in 2011, as well as the government's handling of a Coronavirus outbreak that has killed several hundred people in recent years.

Prince Alwaleed's many investments include Twitter, Apple, Rupert Murdoch's News Corp., Citigroup, and the Four Seasons, Fairmont and Movenpick hotel chains. He is also an investor in ride-sharing services Lyft and Careem.

The prince, often pictured on his 281-foot superyacht in the Mediterranean, is among the most outspoken Saudi royals and a longtime advocate for women's rights. He is also majority owner of the popular Rotana Group of Arabic channels.

The AP reached out overnight to Kingdom Holding for comment. There was no response as of Sunday afternoon. The senior employee, who spoke on condition of anonymity due to fear of repercussions, said security bodies informed him of the arrest.

The kingdom's top council of clerics issued a statement saying it is an Islamic duty to fight corruption- essentially giving religious backing to the high-level arrests being reported. A top royal court official, Badr al-Asaker, on Sunday appeared to confirm the arrests on Twitter, describing a "historic and black night against the corrupt."

The government said the anti-corruption committee has the right to issue arrest warrants, impose travel restrictions and freeze bank accounts. It can also trace funds, prevent the transfer of funds or the liquidation of assets, and take other precautionary measures until cases are referred to the judiciary.

Just three months earlier, Prince Mohammed bin Nayef was plucked from the line of succession and from his post as interior minister, overseeing internal security. This laid the groundwork for the king's son to claim the mantle of crown prince.