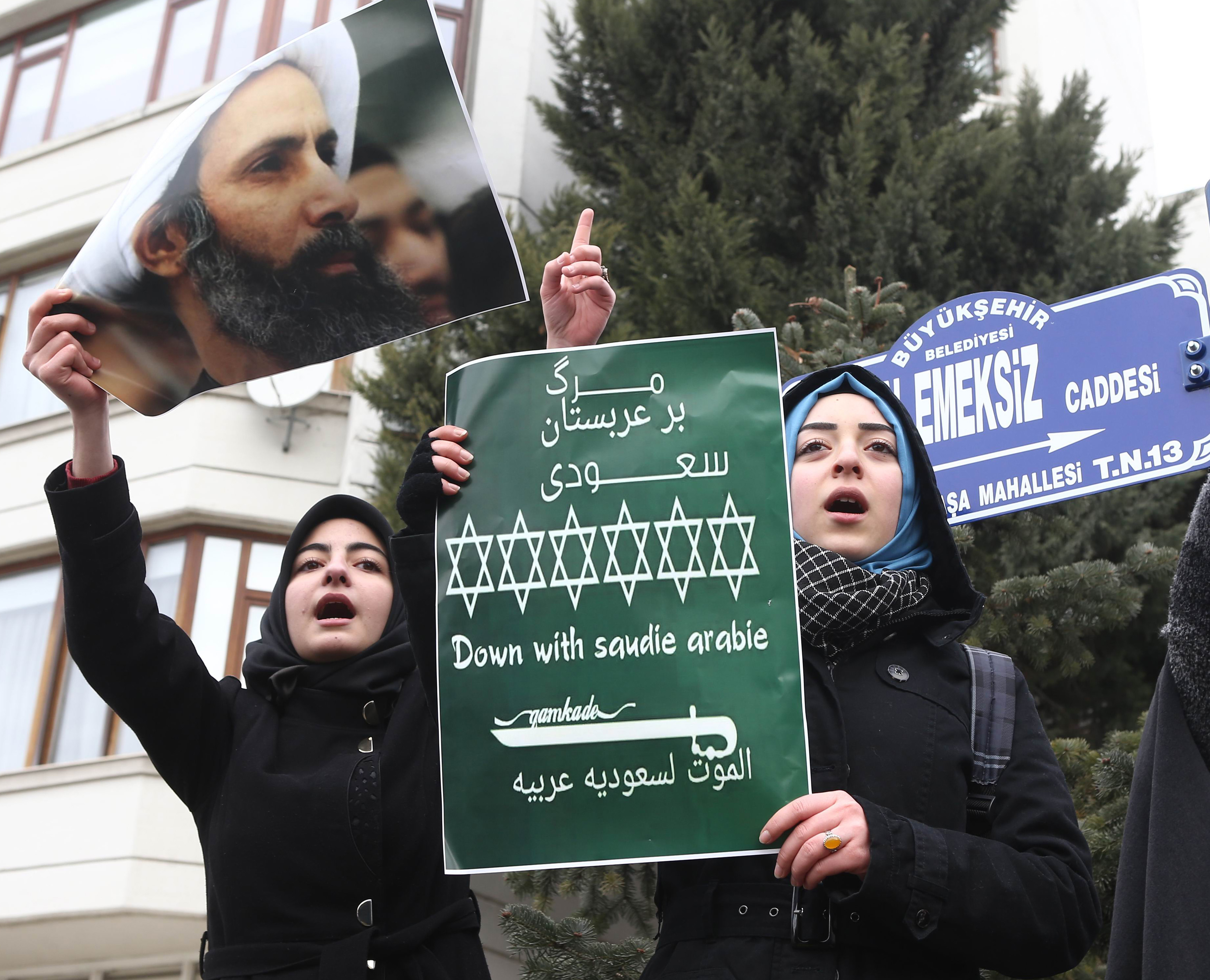 The rift follows Saudi Arabia's execution of a cleric from the country's Shiite Muslim minority -- a move that was harshly criticized by Iran, which is dominated by Shiite Muslims.

The execution has sparked angry protests across the Middle East, including in Turkey, where CBS News correspondent Holly Williams says demonstrators gathered outside the Saudi consulate in Istanbul.

The scenes of protesters carrying posters chanting against the Saudi ruling family were echoed around the Muslim world over the weekend.

The U.S. is calling for both Saudi Arabia and Iran to avoid escalating the tensions, which could dangerously destabilize the divided Middle East.

Shiite cleric Nimr Al-Nimr was mourned in eastern Saudi Arabia after being executed on Saturday.

In the nation ruled by a Sunni Muslim monarchy, Al-Nimr demanded equality for Saudi Arabia's Shiites, and was shot and arrested in 2012.

His death has enflamed a 1,400-year-old conflict between Sunni and Shiite Muslims.

In the Iranian capital of Tehran, an irate mob ransacked the Saudi Arabian Embassy. About 40 people were later arrested for taking part, but Iranian officials also decided to honor the executed cleric by naming the street after him.

The United Arab Emirates also announced Monday that it was downgrading diplomatic ties with Iran, limiting the number of diplomats from the Islamic republic permitted to be in the UAE.

In Indian Kashmir, police used rubber bullets against furious demonstrators over the weekend.

And In Shiite-dominated Iraq, a crowd burned a picture of the Saudi Arabian king.

"The Saudi royal family has opened the gates of hell for its rule," said one man amid the sea of Iraqi anger.

In Lebanon the protests were peaceful, but the Shiite militant group Hezbollah described Al-Nimr's killing as an assassination.

Saudi Arabia and Iran are area already fighting each other in a deadly proxy war in Syria -- pitching Sunni-dominated rebels against the regime and its Shiite Muslim backers. The two nations are also fighting on opposite sides in the ongoing war in Yemen.

The execution of Al-Nimr and the angry reaction to it are only fuelling the mistrust and hatred tearing at the tenuous fabric of the world's most volatile region.