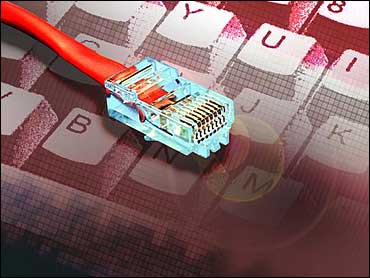 An 18-year-old German who confessed to creating the "Sasser" computer worm launched a new version meant to limit the damage just before his arrest last week, investigators said Monday.

Authorities who have questioned Sven Jaschan got the impression his motive was to gain fame as a programmer, prosecutor Detlev Dyballa said.

He labeled as speculation news reports that he may have created the disruptive program to drum up business for his mother's computer store, PC-Help, in the small town of Waffensen.

"One can never rule out anything, but there are no facts to suggest it," he told The Associated Press by telephone.

Jaschan was arrested Friday at his mother's house, where police said agents found him sitting at his computer. Investigators say the machine contained the worm's source code.

Frank Federau, a spokesman for the state criminal office in Hanover, said the worm was "a slightly modified form" of the program that raced around the world over the past week, exploiting a flaw in Microsoft's Windows operating system.

"He did it with good intentions, but it had exactly the same damaging effects," said Sascha Hanke, a Microsoft data protection official in Germany.

Like the other versions, the new variant — which notified users of a Microsoft patch against Sasser — caused computers to crash and reboot.

"The cause was erroneous programming of the virus," Hanke said. Police have said Jaschan was responsible for all versions of Sasser as well as the "Netsky" virus.

He is being investigated on suspicion of computer sabotage, which carries a maximum sentence of five years in prison. He was released pending charges after questioning last Friday, where he admitted creating Sasser, police said.

A trial could begin at the end of June, Dyballa said.

"This will take quite a long time," criminal office spokesman Detlef Ehrike said. Officials are working to prepare hundreds of pages' worth of data for a possible court case, he said.

The teenager has told officials his original intention was to create a virus, "Netsky A," that would combat the "Mydoom" and "Bagle" viruses, removing them from infected computers.

That led him to develop the Netsky virus further — and after modifying it created Sasser.

"He's not stupid — he's a really good programmer," Dyballa said. "But I don't know whether he was aware of the scale" of the damage.

Sasser is known as a network worm because it can automatically scan the Internet for computers with the security flaw and send a copy of itself there.

"This worm did a lot of damage worldwide. It delayed flights of British airlines, it shut down government agencies in a number of countries, and it wreaked havoc on hundreds of thousands of computers, both in the corporate world and at home," said CBSNews.com Technology Consultant Larry Magid.

Waffensen residents described Jaschan as shy and withdrawn, and said he hoped to study computing after finishing high school.

"He only got involved when the talk turned to computers," said Christian Mueller, a chef at the Eichenhof restaurant. "I've never heard him talk about anything else."

Magid recommends that Windows users who have not already done so should go to Microsoft's Windows update site and download the latest patch. Plus, "you should always have anti-virus software and you should have a firewall program to keep hackers and malicious viruses out of your computer."

Police in the Netherlands plan to use trained eagles to keep drones from flying in areas where they're not allowed
Thanks for reading CBS NEWS.
Create your free account or log in
for more features.
View CBS News In
CBS News App Open
Chrome Safari Continue
Be the first to know
Get browser notifications for breaking news, live events, and exclusive reporting.