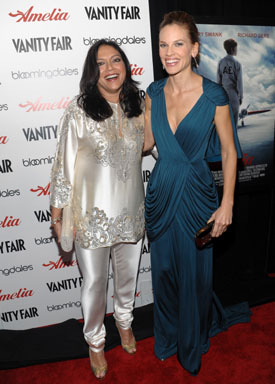 "The people of America do not want a war on spec," actress and anti-war activist Susan Sarandon said Friday on the eve of what could be one of the largest anti-war protests ever.

Millions are expected to hit the streets in America and around the world this weekend to voice their protest against a possible war with Iraq. Protests already have started in many Asian nations.

Sarandon is to be guest speaker at the New York City protest, which is being orgranized, along with others across the country, by the coalition United For Peace and Justice.

The actress, who lives with her family in Connecticut, told The Early Show co-anchor Harry Smith that many Americans "do not want to risk their children or the children of Iraq."

Once we do this unprecedented thing of having a war on spec - preemptive strike. I mean, it's against the whole, everything this country is supposed to be about," she said. "So I'm terrified about what's going to happen."

Appealing to President Bush and members of Congress, the Academy Award winner said, "Get with it. Get off your horse and let's get real about this."

Both she and Phyllis Bennis, a policy analyst and spokesperson for United for Peace and Justice, said there are diplomatic ways to attain the same goals.

"If it happens, it's going to be expensive," Sarandon said. "There's going to be huge loss of life on the part of the Iraqis. And there's ways to do it. Even the neighbors don't see him as an imminent threat, and we shouldn't either."

Bennis said Saddam Hussein has a responsibility to divulge his weapons of mass destruction But even though his regime is dictatorial and even if he has weapons hidden for war, it is still not enough reason to attack Iraq, she said.

"I think the notion that we should go to war against the 23 million Iraqis who live in Iraq, because of what their government has done that we don't like, when there is no imminent danger in a way that's going to destabilize the region, undermine the United Nations, undermine diplomacy, shows us that diplomacy is failing. I don't think that makes the case for war. It doesn't pass the 'even if' test. Even if there's something hidden it's not grounds for war," she said.

Smith asked Sarandon if she would support the war if the United States pursues it with a coalition of other nations. She said she did not know.

"Certainly people don't want the U.N. to fall apart, and they don't want to see NATO crumble," Sarandon said. "But I'm not sure. Nobody has said how much it's going to cost. What's the plan once we get in there? What do we do? Who is the guy that's going to get in? If you were the guy that had to write that letter home to the families of a soldier that's killed, what would be the reason that this person dies for their country? I mean that hasn't been explained," she said.

When Smith pointed out that the president and Secretary of State Colin Powell have said that there is a direct correlation between the Iraqi regime and terrorism, Bennis said still there is no evidence.

Both Sarandon and Bennis said they were concerned that there has been no real debate on the issue, especially since many big-city mayors and some members of Congress have urged caution.

Chiding New York's two senators - Democrats Hillary Clinton and Charles Schumer - for keeping quiet, Sarandon said, "This is a big thing and we should have healthy debate. And this is what a democracy about. So where is the debate?"