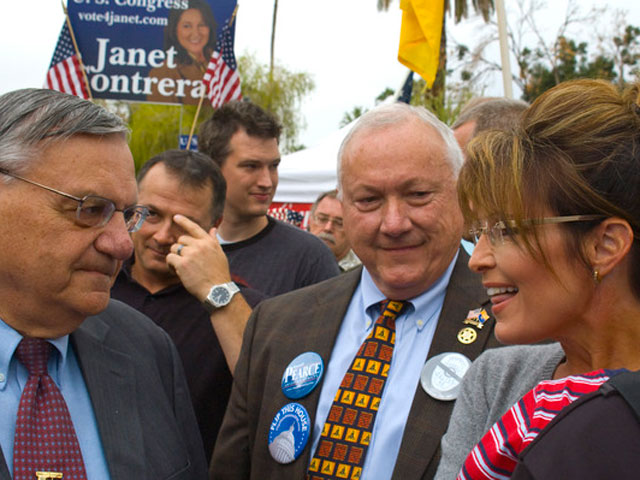 Palin was the "surprise guest" at a Tea Party Express Rally in Phoenix where Arpaio, America's self-proclaimed "toughest sheriff," spoke about illegal immigration.

The interesting gift isn't quite as random as one might think - Arpaio is famous for making his inmates wear pink underwear and using pink handcuffs, claiming that pink is psychologically calming, according to a 2009 profile in Time Magazine.

Arpaio announced the gift on his Twitter page: "Just got done welcoming Sarah Palin to our County. Had a nice chat and gave her a pair of pink underwear," he wrote.

In an ongoing case, a federal judge ruled in 2008 and again in 2010 that Maricopa County jails violate the civil rights of inmates. Aside from the pink underwear and "wrist jewelry," Arpaio is also known for restricting his prisoners to two meals a day, and housing some inmates outdoors.