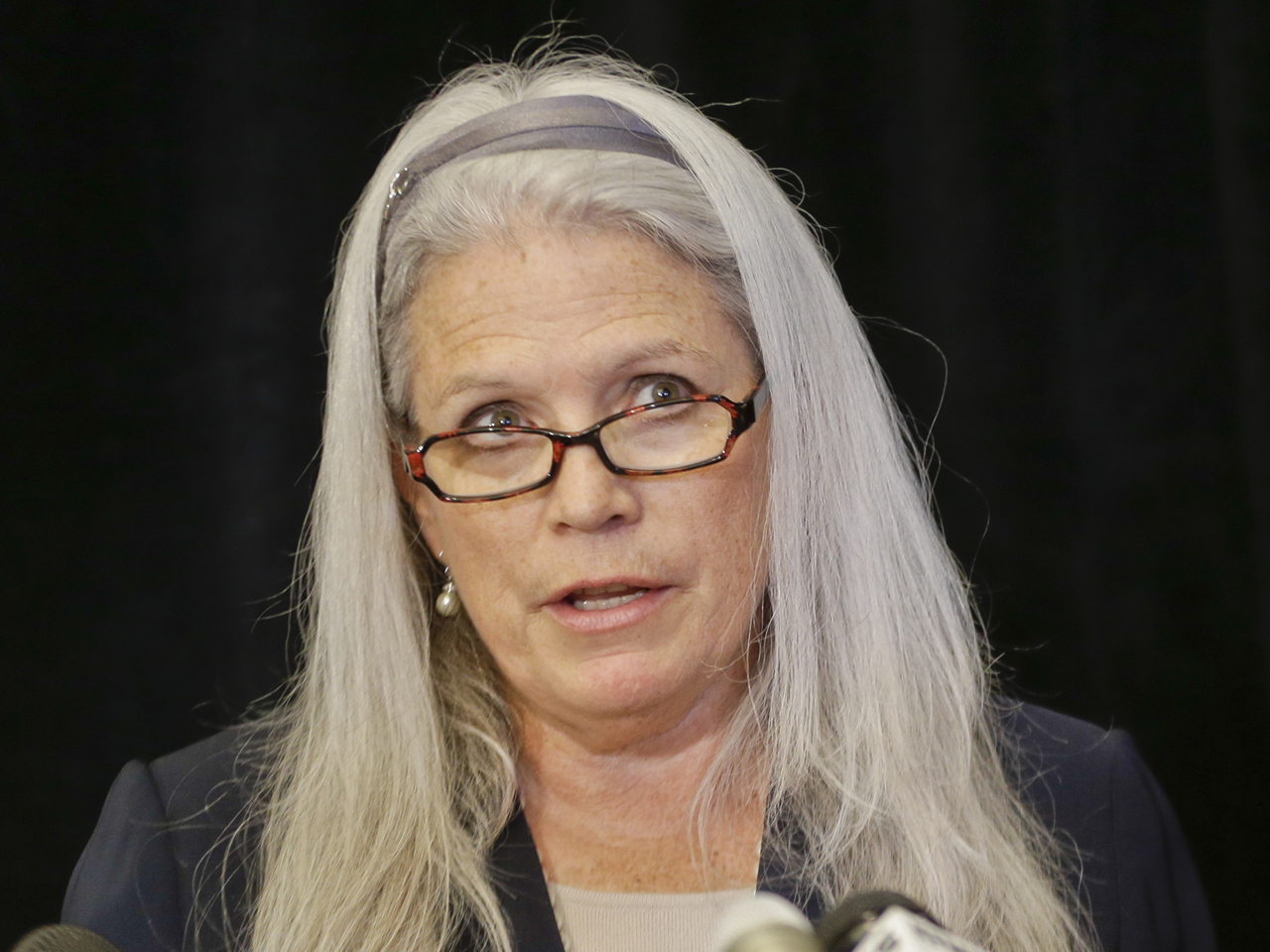 SAN DIEGO San Diego Mayor Bob Filner is rejecting claims by a former aide that he sexually harassed her.

His former communications director, Irene McCormack Jackson, filed a sexual harassment lawsuit against Filner Monday. She alleges that he asked her to work without panties, demanded kisses and dragged her around in a headlock while whispering sexual advances.

McCormack is the first person to publicly identify herself as a target of the mayor's advances since some of Filner's most prominent former supporters said nearly two weeks ago that he sexually harassed women and demanded he resign.

In a brief statement, the divorced, 70-year-old Filner said he does not believe the claims are valid and said he intends "to defend myself vigorously."

McCormack, as she is known professionally, offered lurid details in the lawsuit.

McCormack said at a news conference that she took a $50,000-a-year pay cut while accepting the job in January -- two months after Filner was elected to a four-year term as the city's first Democratic leader in 20 years after he spent 10 terms in Congress.

"I saw him place his hands where they did not belong on numerous women," McCormack said alongside her attorney, Gloria Allred, one of the most widely known civil rights attorneys in the country.

Filner rejected the claims in a brief statement that didn't address specifics of McCormack's allegations.

The lawsuit, filed in San Diego Superior Court, says McCormack resigned after a heated exchange between the mayor and Allen Jones, his deputy chief of staff, at a meeting that she attended. Jones told his boss that he needed "extreme therapy."

"You are treating women in a horrible manner. What you are doing may even be illegal. You need to change your ways," Jones is quoted saying.

McCormack agreed that the mayor was "horrible" and began to leave the meeting before Filner challenged her to give an example.

"How about when you said that I should take my panties off and work without them," she replied, according to the lawsuit, which also names the city as a defendant and seeks unspecified damages.

After the meeting, an unnamed Filner "emissary" told McCormack that the mayor acknowledged behaving despicably toward women, according to the lawsuit. Filner offered her a job as communications manager for city operations that reported to someone else -- a job she still holds.

The lawsuit also alleges that Filner declared his love for McCormack and asked her to marry him. Filner was engaged at the time to Bronwyn Ingram, who announced this month that she had ended the relationship.

Filner told McCormack that he wanted to see her naked, according to Allred. On one occasion, McCormack allegedly told Filner to leave her office when he tried to kiss her, prompting the mayor to respond that "he could be wherever he wanted whenever he wanted."

"He told her that he was infatuated with her," Allred said.

McCormack worked for nine years at the Port of San Diego, most recently making $175,000 a year as vice president of public policy. She was previously a journalist for 25 years.

Filner apologized earlier this month for disrespecting and sometimes intimidating women in an extraordinary video released immediately after the initial allegations surfaced. He said, "I need help," and that he would be unable to lead San Diego if his behavior didn't change.

He has repeatedly rejected calls that he resign without addressing specific allegations, other than to say he doesn't believe he was guilty of sexual harassment.

On Friday, Filner welcomed the San Diego County Sheriff's Department's decision to open a hotline to take calls from any possible victims of his misconduct, saying, "Some of these allegations will finally be addressed by an appropriate investigative authority rather than by press conference and innuendo."

The San Diego County district attorney's office said it would not be part of the Sheriff's Department investigation and that the California attorney general's office would review the findings to determine whether the mayor should be prosecuted.

City Attorney Jan Goldsmith, whose office prosecutes misdemeanors and represents the city in civil lawsuits, said Monday that his office wouldn't participate in any criminal investigation. He said Filner's attorney agreed that the mayor would no longer meet alone with women while on city business.

No one had publicly identified herself as an alleged victim until Monday.

Last week, former supporters said Filner forcibly kissed a campaign volunteer on a public sidewalk and groped her in her car. Another constituent who attended a mayoral event at City Hall said Filner took her to an enclosed area, dismissed a staff member, asked her on a date and kissed her.

An employee who worked for the mayor for six months complained that Filner grabbed her buttocks and touched her chest, according to the former supporters. Allred declined to say if McCormack was that woman.