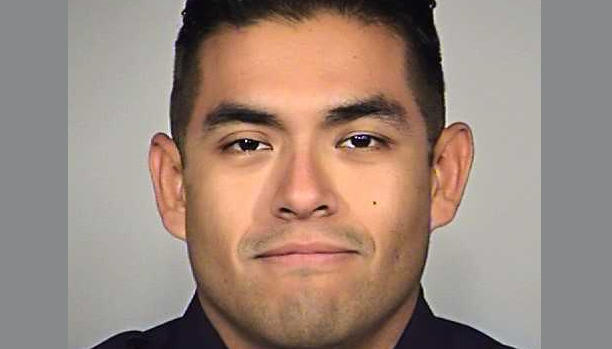 SAN ANTONIO -- A San Antonio officer who was shot in the head while investigating vehicle break-ins Thursday has died, according to the San Antonio Police Department.

Officer Miguel Moreno died at 11:11 a.m. Friday, according to a department news release. Earlier Friday, San Antonio Police Chief William McManus said during a news conference Moreno was "not expected to survive." His partner Julio Cavazos was also shot. Cavazos underwent surgery and is expected to recover from his wounds.

Chief McManus said the gunman died in the shootout. He said the suspect attempted to flee, was shot in the buttocks, and suffered a head wound that may have been self-inflicted.

McManus said the officers were nine-year department veterans. They were patrolling the area investigating vehicle break-ins when they came across a car that appeared to have been broken into. They noticed two men nearby and got out of their patrol car in an attempt to make contact with them.

One of the suspects walked towards the cruiser, McManus said, but the other immediately opened fire. Moreno was struck in the head and fell to the ground and the suspect continued to fire, McManus said. Cavazos was shot in the upper torso area, but managed to pull Moreno out of the line of fire and return fire, striking the suspect in the buttocks.

McManus said the second man was unaware that his companion would pull a weapon and is cooperating with investigators. He was wanted on unrelated warrants, McManus said.

Investigators couldn't immediately identify the deceased suspect. McManus said he didn't know the identity of the other man. It appeared the two didn't know each other, "at least not well," McManus said.

"I'm at a loss for words to describe what a tragedy this is," McManus said earlier Friday.

McManus said the officers were gunned down for no apparent reason other than they wanted to talk to the man.

"When you have someone who has no respect for their own life, what kind of respect can they have for anyone else's life?" McManus said. "Which may answer the question, 'Why would he have done something like that?' I don't know."